Why have we spent an entire week on the films of someone who is almost universally critically savaged, who has been called the Italian Ed Wood, who would rather outright steal footage from other movies than shoot them himself?

Because Bruno Mattei understood what he was doing, saying “Movies are supposed to be entertaining. So, they have to be made with that kind of spirit.”

Mattei’s movies may never be art. Or even competent filmmaking. But you cannot deny that they will do everything and anything to entertain you, even if that means upsetting, arousing and shocking you, often within the very same scene.

Bruno Mattei was born in Rome on July 30, 1931 to a father who owned an editing studio. Between the family business and classes at the national film school Centro Sperimentale Centrale, Mattei learned how to write and edit films. In fact, he would claim that he edited nearly a hundred movies, a claim that is difficult to fact check. He did, however, edit at least 56 films, including Revenge of the Black Knight; Desperate Mission; Agent 3S3: Passport to Hell; Goldface, the Fantastic Superman, The French Sex Murders, Black Cobra Woman and Jess Franco’s 99 Women. For that film, he also went behind the camera, shooting the adult inserts that show up in the French cut of this women in prison epic.

Of course, those inserts featured actors and actresses who looked nothing like the people they were supposed to be and there was no continuity at all, with scenes that were in the dark of night suddenly appearing in broad daylight, but these trivial things never seemed to phase Mr. Mattei.

Around this time, Bruno also edited several episodes of Gerry Anderson’s U.F.O. TV series into five feature films that were released by Avofilm.

His first documented experience as a director was Armida, il Dramma di Una Sposa. He used the name Jordan B. Matthews to make this cover version of the Greek movie* O Lipotaktis (which was released as The Deserter in the U.S.). He went so far to remake the film that he even used the same star, Franca Parisi. 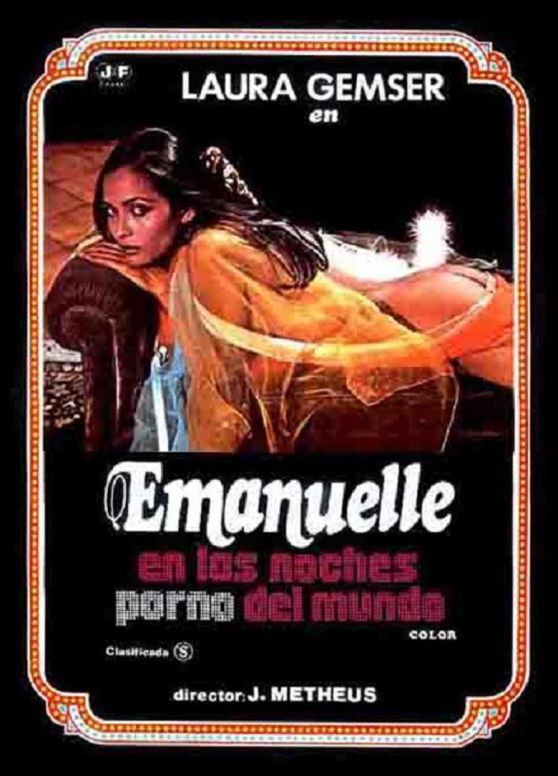 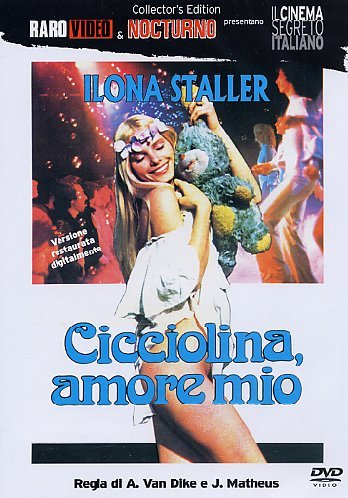 After one outright adult outing — 1980’s La Provinciale a Lezione di Sesso, Mattei would begin collaborating with screenwriter Claudio Fragasso. Often, they would be making two films — like The True Story of the Nun of Monza and The Other Hell — and each directing scenes. They would work together until 1990’s Three For One.

Mattei’s movies started showing up all over the world, such as Hell of the Living Dead (AKA Virus, Night of the Zombies and Zombie Creeping Flesh) and the aforementioned Violence in a Women’s Prison, which I still cannot believe played American multiplexes. What was it like for people who wandered into the wrong screen and were confronted by that absolute assault on decency? The Other Hell even played in the U.S. as Guardian of Hell! 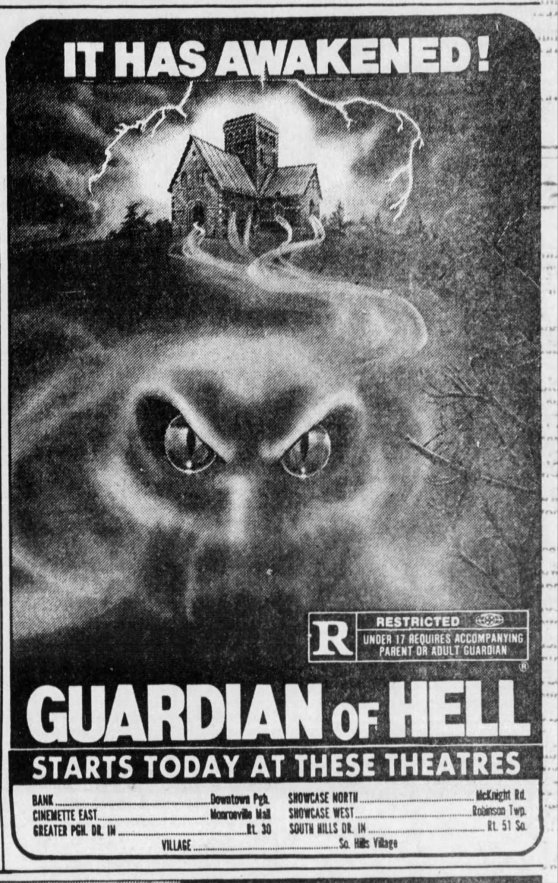 Thanks to Groovy Doom for posting this.

Whatever the genre, Mattei was ready. Peplum twenty years past its expiration date in the wake of Conan the Barbarian? Here’s Seven Magnificent Gladiators. Post-apocalyptic weirdness? How about Rats: Night of Terror. An Italian Western when no one else was making them? Mattei churned out Scalps and White Apache. Zombies? Well, beyond Hell of the Living Dead, Mattei had Zombi 3 and Zombi 4: After Death for audiences hungry for more of the starving dead.

Unlike many Italian exploitation directors who retired or went into adult films, Mattei kept on making movies. When the VHS and cable era started, he was ready to answer with a multitude of Rambo takeoffs like the two Strike Commando films, Double Target, Cop Game and Born to Fight. 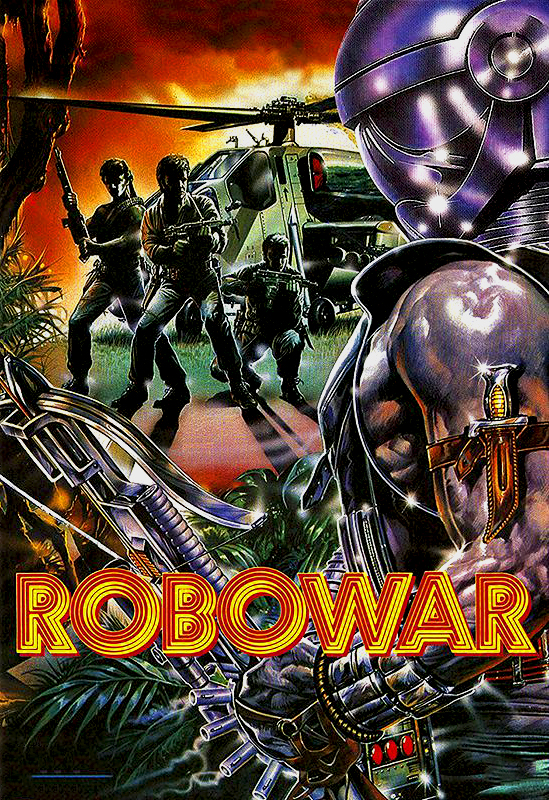 While many knock Mattei for not only stealing ideas but also outright taking footage from other films, my joy in watching his movies lies in just how many movies he can take from sometimes making you wonder what movie you’re really watching. Robowar is Predator yet with rich floral notes of both Robocop and Terminator. And speaking of Terminator, Mattei had the absolute bravery to title Shocking Dark — a movie that rips off Aliens throughout — as Terminator 2. 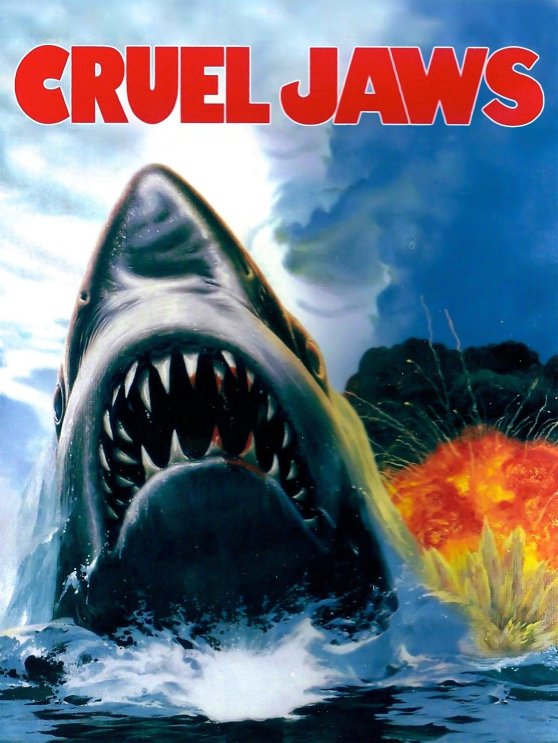 Cruel Jaws may be Mattei’s most amazing case of theft. It starts by stealing the plot of Piranha, then using the Mafia subplot from the novel Jaws was based on before outright using the actual footage of the windsurfing race from The Last Shark and a Regatta stolen from Jaws 2. Is it any wonder that this movie is also known as Jaws 5? 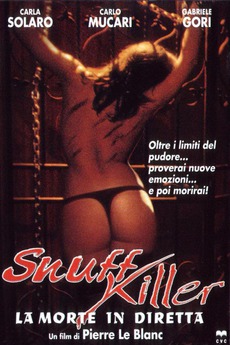 Through the 90s, Mattei found a new partner in producer Giovanni Paolucci and realized that the video and cable industries needed more Basic Instinct remakes. It’s as if Bruno said, “I’ll show those movies that they dare to call American giallo!” This led to a run of movies that includes Legitimate Vendetta, Body and Soul, Belle da Morire: Killing Striptease, Snuff Trap and Dangerous Attraction.

Bruno even found the time to make two giallo efforts — in the 90s no less! There was Madness, a movie that goes so far as to steal two murders from A Blade in the Dark, and Omicidio al Telefon, a story of a killer who is obsessed with phone sex and dressing like a clown. 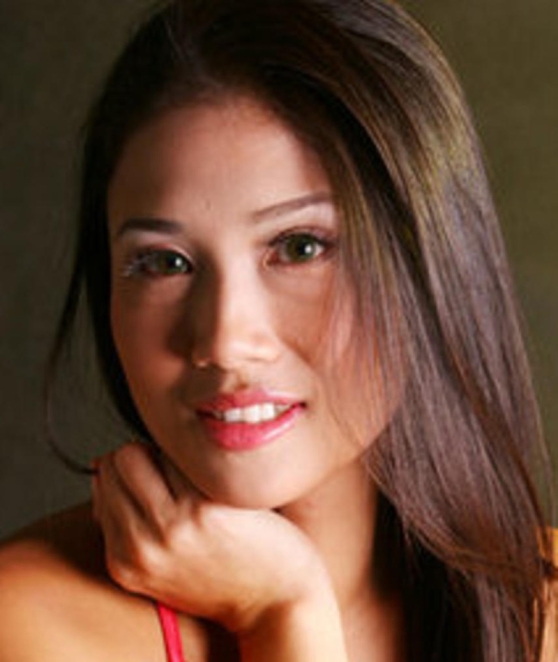 The Jail: The Women’s Hell, Zombies: The Beginning, The Tomb, In the Land of the Cannibals — it was as if the old Filmirage days were back! But sadly, Mattei be diagnosed with a brain tumor.  Despite the advice of his doctor, he had surgery to have it removed. Complications set in and sadly, Mattei would die on May 21, 2007.

A master of stock footage and making unofficial sequels on the cheap, there’s not really anyone else quite like Bruno Mattei in the annals of filmmaking. There’s a real sense of fun in his films for me, as you’re watching someone of the rails that is not concerned about focus groups or test scores. He’s only worried about finding something taboo-breaking so his audiences will keep coming to see his movies or renting them from the video store or watching them late at night on cable.

As Mattei was quoted as saying, “Il talento prende in prestito, il genio ruba.” Actually, I’m making that up. No one knows who really said “Talent borrows, genius steals.” But wouldn’t it just like Bruno to outright steal a great line and present it as his own?

*This would not be the last time that Mattei would remake a Greek film for Italian audiences, as he and Joe D’Amato would team up to make Emanuelle’s Revenge, which is their take on The Wild Pussycat. Ironically, Mondo Macabro would release both The Deserter and The Wild Pussycat of these movies on the same blu ray.

An overview of the Bruno Mattei movies we covered this week

As Jordan B. Matthews

We did not cover these films, as locating a copy proved difficult. If you have a copy and can help, you’ll have our eternal thanks:

If you’d like to see some of his movies for yourself, we’ve included links in each article. You can also easily find them here: