Inspector Silva (Stanley Baker, A Lizard in a Woman’s Skin) is a former private eye and now a surveyor and guard for the interests of a diamond company  Vista Alegra, Venezuela. This is a town where diamonds come right out of the mud. It’s also where French singer Popsy Pop (Claudia Cardinale, Once Upon a Time in the West) has come — on tour? on vacation? why does she travel with a giant Alice In Wonderland book and doll? — along with gangsters led by Marcou (Henri Charrière, the writer of Papillon, the story of his time in a penal colony and his later escape). They want to steal at least $2 million dollars of diamonds. 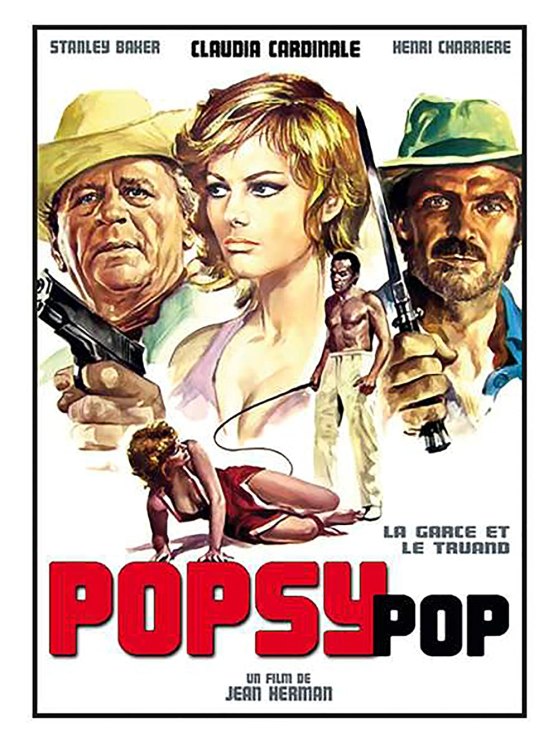 The heist goes down and only Popsy escapes. The men — except for Marcou — are all killed, with Silva making a deal with the elder criminal: He will help the detective search for Popsy and the diamonds. In exchange, Marcou is to get Popsy, whom he is in love with and he will receive 15 percent of the diamonds.

The two men soon realize that Popsy is able to get into their heads and hearts, which makes her dangerous. Who will get the diamonds? More to the point, who gets the girl?

Directed and written by Jean Vautrin (along with J.B. Beellsolell), this was also released as The 21 Carat Snatch.