The GenreBlast Film Festival is entering its sixth year of genre film goodness. A one-of-a-kind film experience created for both filmmakers and film lovers to celebrate genre filmmaking in an approachable environment, it has been described by Movie Maker Magazine as a “summer camp for filmmakers.”

Over the next few days, I’ll be reviewing several movies from this fest, based in the Alamo Drafthouse Cinema in Winchester, Virginia. This year, there are 14 feature films and 87 short films from all over the world. Weekend passes are only $65 and you can get them right here.

Meat Friend (2022): When Billie (Marnie McKendry) — sorry, I mean children — microwaves raw hamburger meat, it needs no old top hat to come to life. Instead, Meat Friend (Steve Johanson, who co-wrote this with director Izzy Lee) is alive and real and wants to teach her some valuable life lessons rooted in hatred and violence, no matter what her mother (Megan Duffy) does.

“More beef! Less cheese!” goes the refrain and the faithful demand the reanimation of the meat homunculus. 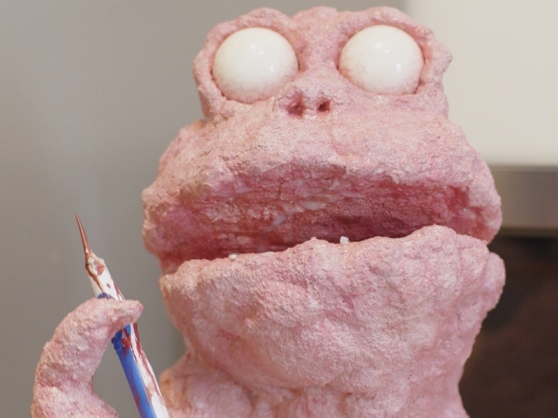 This was an absolute blast of strange and exactly what I needed during the fest, something that started odd and didn’t let up.

Izzy Lee has also directed the Lovecraft film Innsmouth, the “For a Good Time, Call…” segment in Shevenge and several shorts like Consider the Titantic, Disco Graveyard and Memento Mori. You can learn more about this movie — the kind of magic that has a pile of sentient 80% lean ground beef do rails of coke — right here.