EDITOR’S NOTE: This was originally on the site on August 21, 2019. Howling II: Your Sister Is a Werewolf was not produced by Cannon but was released on video by HBO/Cannon Video.

Even though Gary Brandner, author of The Howling novels, co-wrote the screenplay to this movie, it has nothing to do with his 1979 novel The Howling II,much less the original The Howling. It tries, but this movie is just too weird to fully close the loop.

There’s never been another werewolf movie like this one. Whether that is positive or negative all depends on how much you like werewolves having sex.

Ben White (Reb Brown, who is in a little movie called Yor Hunter from the Future that I could tell you about for many days) is dealing with the death of his sister Karen White, who just so happens to be the heroine of the first of these movies. He joins up with Jenny (Annie McEnroe, who was in Snowbeast and Battletruck) and the mysterious Stefan Crosscoe (Christopher Lee, who apologized to Joe Dante for making this movie) to battle werewolves.

This brings them on a journey to Transylvania and a battle against Stirba (Sybil Danning!), the queen of the werewolves, who is joined by Mariana (Marsha Hunt, who the song “Brown Sugar” is about) and Erle (Ferdy Mayne, who is in another film I can discuss for days and days, Night Train to Terror).

Director Philippe Mora actually made some pretty good films, like Mad Dog Morgan, The Beast Within and The Return of Captain Invincible. I’m insane and love this movie, so I will include it in my list of his good ones.

Finally, let’s talk about another subject I can hold court on: Christopher Lee. Mora didn’t know that Sir Lee was a war hero in Czechoslovakia, where this was filmed. Actually, no one did, because he wasn’t allowed to talk about his intelligence work during World War II. When he showed up for filming, he was greeted with a hero’s welcome, as he had killed a top Nazi official named Reinhard Heydrich. In fact, before he became an actor, Lee remained a Nazi hunter for several years.

I also love that this movie was sent the wrong costumes by 20th Century Fox. Instead of wolf suits, they were sent the monkey suits from Planet of the Apes. Lee tried to help fix this by ad-libbing, “The process of evolution is reversed.” 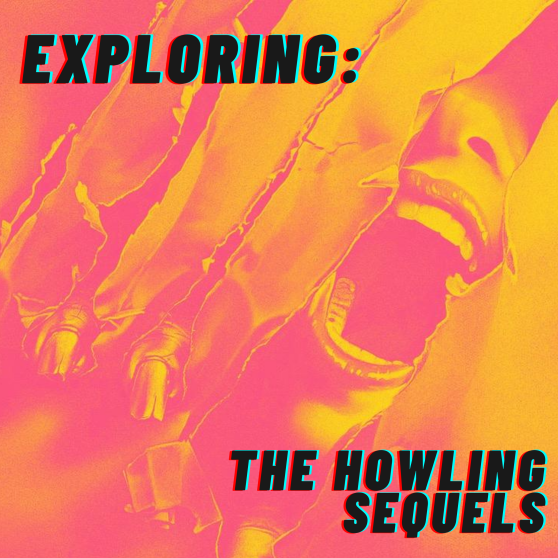 Want to know more about The Howling movies? Check out this article.