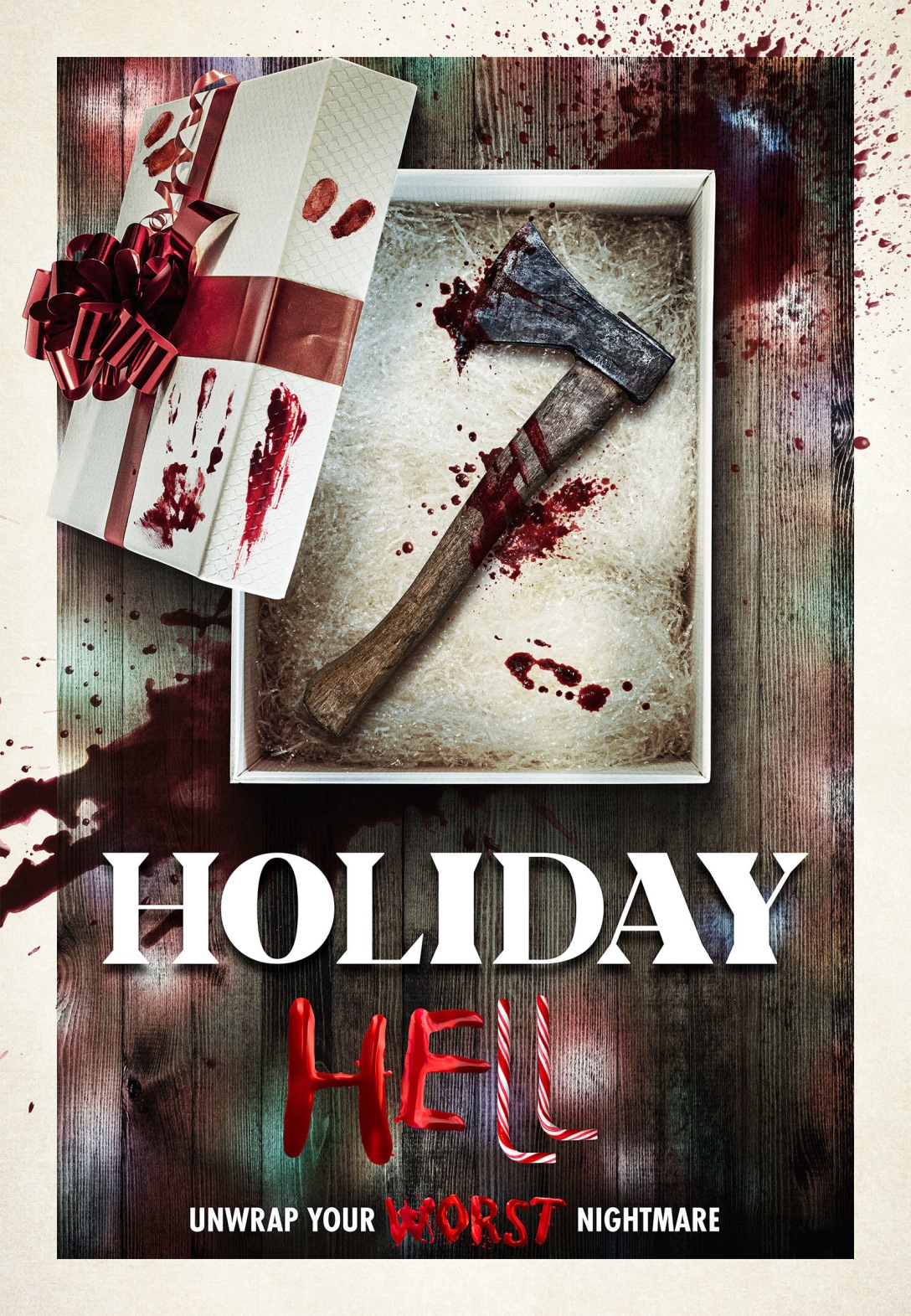 On Christmas Eve, a young woman is looking for a last-minute gift. A mysterious shopkeeper (Jeffrey Combs, The Frighteners, Re-Animator) tells her the stories behind four potential choices, like killer dolls, witches and evil Santas. However, there’s real danger at foot for the girl, who has until midnight to choose the perfect gift and get out alive.

Honestly, I feel like I’ve seen way too many Christmas horror anthology films. But if you want one more, you’re in luck. This film, directed by Jeremy Berg, David Burns, Jeff Ferrell and Jeff Virgil (the latter two were also the writers), is for you.

The first story, “Dollface” is a straight-up slasher about a killer wearing a cracked doll mask. It’s followed by “The Hand That Rocks the Dreidel,” which is pretty much a Pupper Master-style thriller about a babysitter out to rob a family and the evil rabbi puppet standing in her way. Up third is “Christmas Carnage,” which sees Joel Murray — yes, the brother of Bill — go crazy after his wife cheats on him and he loses out on a promotion. Finally, “Room to Let” is about a cult town that gave birth to our female hero in the main story, outing Combs’ character as someone who collects the stories behind the treasures he has stolen from his victims. Obviously, Needful Things was an influence.

This movie has the biggest failing of all modern anthologies. The stories never rise beyond their main plot point. There’s a slasher? That’s it. There’s an evil doll. That’s also it. There’s nothing new, only recycled events shoved into a bag of coal that is supposed to pass as gifts for the good boys and girls.

You can watch this for free on Amazon Prime and Tubi. It’s also available on DVD from Uncork’d Entertainment.

DISCLAIMER: We were sent this movie by its PR company.