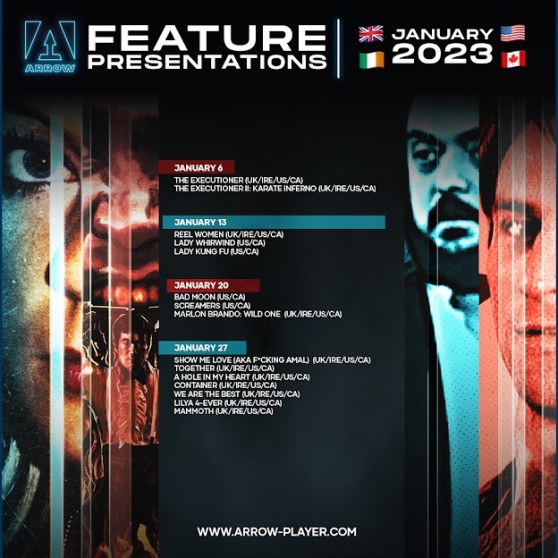 Here’s what’s on the Arrow Player in January: 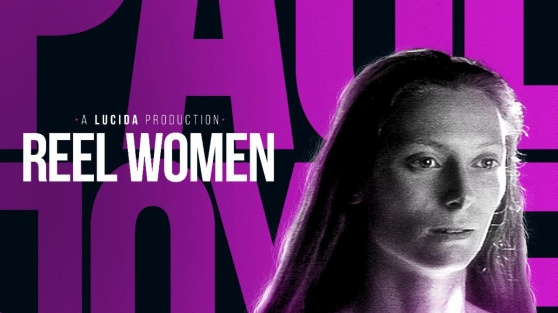 January 13: Reel Women is a vintage program of interviews with women directors working in Hollywood and Europe in the early 1990s, exploring the opportunities and obstacles that face them. Also available: Lady Whirlwind, Lady Kung Fu and Season of Ravenous Cannibals which has Cannibal Women in the Avocado Jungle of Death, Trapped Alive and Malatesta’s Carnival of Blood.

January 20: Experience breakout directorial debuts with The First Time, which includes A Ghost Waits, The Bird With the Crystal Plumage and Donnie Darko. Also available: Look into the six decades of work of one of the most iconic actors of the twentieth century in Marlon Brando: Wild One, an examination of the craft of Marlon Brando, narrated by professionals of the film industry. Plus: Bad Moon and Screamers.

January 27: The Lukas Moodysson Collection: Now Moodysson’s eclectic filmography can now be appreciated as the work of a singular filmmaking voice, as avowedly uncompromising and unabashedly political as it is keenly observed, deeply felt and frequently hilarious. Titles Include: Show Me Love, Together and Mammoth.

Head over to ARROW to start watching now. Subscriptions are available for $6.99 monthly or $49.99 yearly. ARROW is available in the US, Canada, the UK and Ireland on the following Apps/devices: Roku (all Roku sticks, boxes, devices, etc), Apple TV & iOS devices, Samsung TVs, Android TV and mobile devices, Fire TV (all Amazon Fire TV Sticks, boxes, etc), and on all web browsers at https://www.arrow-player.com.