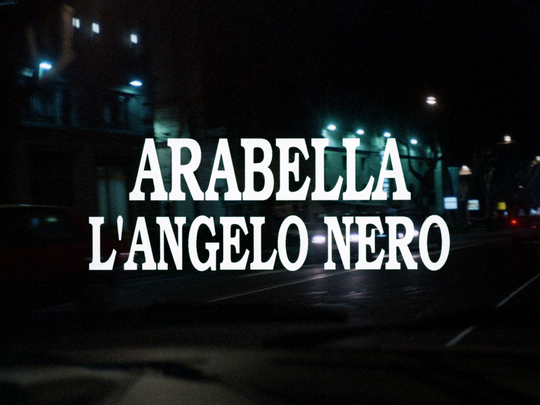 Arabella Black Angel (1989): Also known as Angel: Black Angel, this is one of the sleaziest giallo that I’ve come across. Seeing as how I’ve watched Play Motel, Strip Nude for Your Killer, Giallo In Venice and own multiple copies of The New York Ripper, that’s saying something.

Director Stelvio Massi was the cinematographer or director of photography for plenty of great movies like The Case of the Bloody Iris, Sartana’s Here…Trade Your Pistol for a Coffin and Giovannona Long-Thigh. He knows how to make things look gorgeous, particularly in the way he shoots women, which comes in more than handy here.

Arabella is a woman obsessed with the carnal act. Sadly, her husband has been rendered impotent and confined to a wheelchair ever since he wrecked his car while she was dirty facetiming him (he was driving, because the opposite is impossible) on their wedding day. She’s filled his role with trips to brothels, including one that gets raided while she’s assaulted by a cop. She gets back at that officer by inviting him back to her place and while he’s yodeling in the valley, she bops him upside the head with a hammer. Her cucked husband, who has been watching all of this hammer smashed face action go down finally feels the blood flow down below, which means that he has to keep setting up his wife to kill off more and more people. He also finally gets back the urge to write and they start to fall in love again, but of course, he has to keep watching her make love to other people.

Ida Galli plays the mother-in-law. You’ll remember her from The Sweet Body of Deborah and Fulci’s The Psychic. Rena Niehaus, who is in the absolutely baffling strange film Damned In Venice, is also on hand.

The problem for our heroine is that everyone she makes loves to dies, including a cowboy who gets his member sliced clean off. The next day, as the cops are gathering evidence, one of them is so upset that he can’t stop eating his sandwich. The world of this movie is insane, because there’s a photo of that mutilated wang on the cover of the next day’s newspaper.

There’s also a scene in the Freak Boy Zone, a place where Arabelle cruises all the gay men and picks one to take home. This entire moment is absolutely insane, as the homosexual side of town feels like it came out of an Enzo G. Castellari post-apocalyptic movie.

This movie looks grubby, makes little to no sense and will offend pretty much everyone that watches it. That means that you’re definitely going to want to watch it. 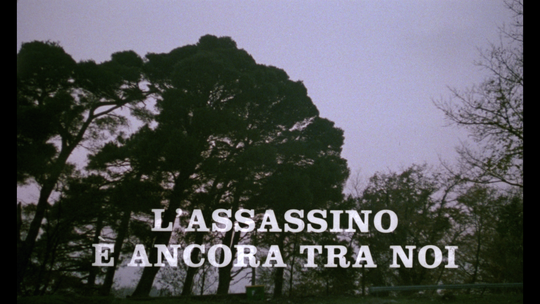 The Killer Is Still Among Us (1986): Also known as Florence! The Killer is Still Among Us and The Killer Has Returned, you have to admire the chutzpah — or the gall — of a film to have the disclaimer “This film was made as a warning to young people and with the hope that it will be of use to law enforcement to bring these ferocious killers to justice,” after you’ve just watched 83 minutes of a killer graphically mutilating women and their most intimate of parts, as if this were some bid to outdo Giallo  In Venice or The New York Ripper.

Based on the true story of the Florence serial killer “The Monster of Florence,” this was written by Ernesto Gastaldi (The Whip and the Body, All the Colors of the Dark, My Name Is Nobody) and Giuliano Carnimeo (who directed four of the Sartana films under the alias Anthony Ascott, as well as The Case of the Bloody Iris, Exterminators of the Year 3000 and Ratman).

Directing this movie — and helping with the script — would be Camillio Teti, who produced The Dead Are Alive and Gualtiero Jacopetti and Franco Prosperi’s attempt at a non-mondo, the ironically named Mondo Candideo.

Much like a scene out of Maniac, a couple on lover’s lane is blown away mid-aardvark by a gloved killer. What separates the uomini from the ragazzi is that the killer then uses a knife and a tree branch to do things that made me turn my head from the screen for an extended period of time.

Christiana Marelli has been studying the killer in criminology class to the displeasure of her boyfriend, the cops and her teachers. This leads to her being stalked via phone and in person by the killer. Of course, seeing as how Alex, that formerly mentioned boyfriend, is never around during these killings, you can see why she starts thinking he could be Il Mostro.

The film moves from the giallo into the supernatural as our heroine attends a seance where the medium has a vision of the killer decimating a camping couple, soon developing the same wound that the victims just received.

What does Christina do? Run to the theater to see if Alex is there or not, proving that while he is waiting for her, he certainly could still be the killer. If I were her professor, I’d have given her a zero out of thirty.

After all this, she just sits down to watch a movie with him and it ends up being the same film we’ve just been watching. That’s either a huge cop out or just how you expect a giallo to end. 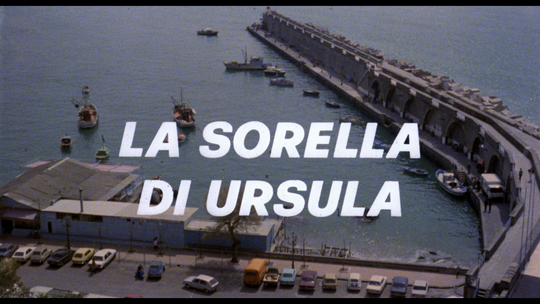 The Sister of Ursula (1978): After their father’s death, two gorgeous sisters – the sensitive Ursula (Barbara Magnolfi, Suspiria, Cut and Run) and promiscuous Dagmar (Stefania D’Amario, Zombie, Nightmare City) decide to escape to the seaside resort town Amalfi. Oh, if they only knew the madness that waited there!

The island is quite literally awash with the wrong guys, the wrong girls, the wrong couples and a killer who tears people apart with the biggest member this side of Incubus. Get ready for a movie that isn’t sure if it wants to be sexploitation or giallo but is ready to do everything that it can to entertain you.

Director and writer Enzo Milioni also was behind the Lucio Fulci presented Luna di Sangue. In this movie, he’s created a world of pleasure and murder, which at times exists side by side. It seems from the cut I’ve seen that there may have been even longer — and more explicit — lovemaking scenes.

So who is the killer? Dagmar’s new man Filipo (Marc Porel, The Psychic), who just might also be a drug smuggler? The hotel owner (Yvonne Harlow, who claimed to be the great-granddaughter of Jean Harlow)? Perhaps dad isn’t quite so dead? Or are the sisters both insane? After all, Dagmar is given to loving herself just feet away from her sister, who hates just about everyone she meets.

According to Milioni, Porel was a drug addict who had earned a bad reputation as an actor. Magnolfi got him hired for the film and he behaved for the entire shoot and ended up getting clean. Sadly, while shooting a commercial in Monaco, he relapsed and overdosed. 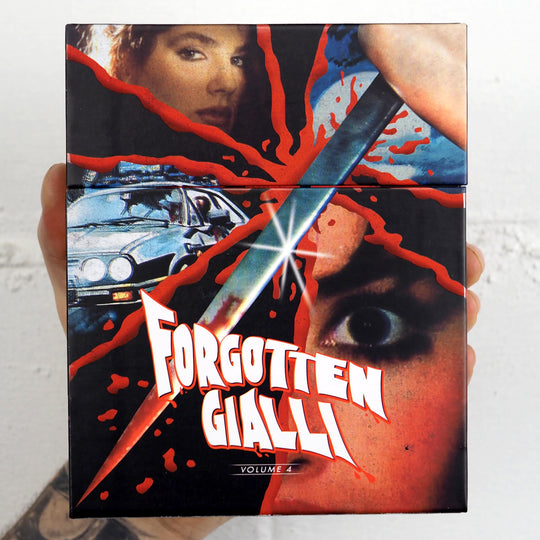 The fourth Forgotten Gialli set is packed with utter sleaze and I say that in the nicest of ways. Each movie is newly scanned and restored in 4K from its 35mm original camera negative, plus its packed with features like interviews with Enzo Milioni, a commentary track for The Killer Is Still Among Us by Rachel Nesbit and audio essays by Alexandra Heller-Nicholas as well as trailers and image galleries. Get it from Vinegar Syndrome.