Arrow Video has put out some amazing sets over the last few years, but Years of Lead is one of my favorites.

This amazing box contains five poliziotteschi films that combine brutal cops, even more sadistic criminals, plenty of stunts and wild situations that all together to bring you some of the most entertaining movies ever. This set has the best-looking versions of these films ever, along with all of the extras that you expect from Arrow.

The movies in this set (click on any of the links to check out the full review):

Savage Three stars Warhol superstar Joe Dallesandro as a button pusher who feels like a rat in a hopeless existence until he and his co-workers start to kill.

Like Rabid Dogs has three rich men also on a terror spree that only the cops can stop. Based on a true story, this is a dark movie made about dark times.

Colt 38 Special Squad has a crew of special cops with unmarked weapons going up against Ivan Rassimov and his gang of bomb-toting maniacs. 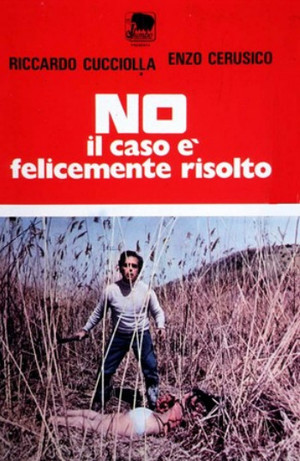 No, the Case Is Happily Resolved proves that it isn’t what crime you commit but how much money you have.

This set is absolutely perfect and packed with everything you need to either learn something new about films you already are a fan of or to start learning about this genre. Plus there are all sorts of extras, including reversible artwork sleeves with new and original art, interviews with the filmmakers with just about every film and a book that has new writing by Troy Howarth, Michael Mackenzie, Rachael Nisbet, Kat Ellinger and James Oliver.

This has our highest recommendation.

It’s limited to just 4000 copies in North America, so hurry up and get yours from MVD.