Welcome to a new feature here at B&S About Movies and one we hope you’ll be a part of.

If you’re a moviephile like we are, you have huge stacks of films in your house. One of the things that makes me really happy is to check out the towers of movies and pick which one is my favorite. As we’re constantly adding new movies, these stacks change all the time, offering me near-unending moments of joy.

Feel free to send us photos and writeups of your stacks or hauls that you’ve recently bought. Let’s celebrate movies together!

PS – When possible, I’ve tried to list places where you can stream or buy these films so you can watch them. 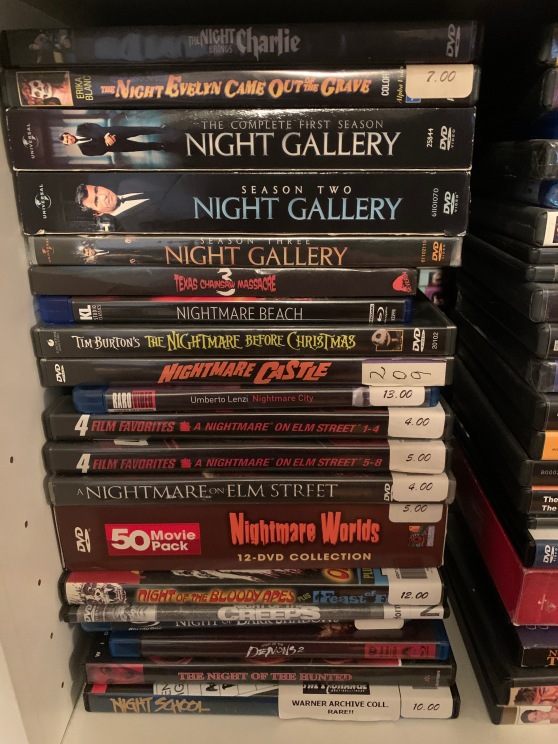 I often take a look at this stack and proclaim to my wife Rebecca that this is the finest of all the stacks in the house. It’s just packed with some of my favorite movies and so much strangeness. Here’s a brief overview of the discs within it. You can also click on the hyperlinks to read longer reviews. 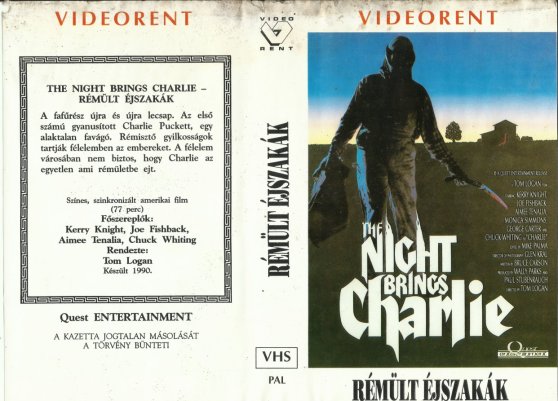 The Night Brings Charlie: This late-in-the-game slasher was sent to me by my friend John S. Berry and was directed by Tom Logan (Shakma). It’s really murky and dark, both in how it’s shot and in its themes. Not one for a first date, let me tell you that much.

The Night Evelyn Came Out of Her Grave: I can’t think of many giallo where someone is eaten by foxes. This is the lone one I can come up with. Plus — Marina Malfatti and Erika Blanc are in it! You can watch this for free on Tubi. 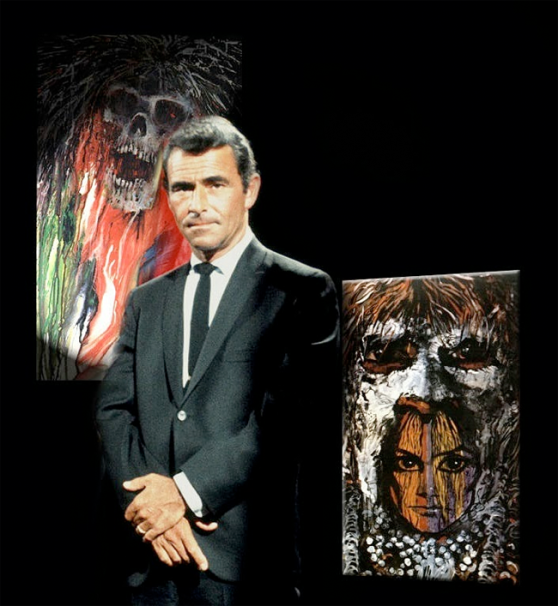 Night Gallery complete set: If you’ve never watched this Rod Serling series, you’re missing one of the greatest times in television. Sure, the episodes aren’t focused at all, as Serling was feuding with producer Jack Laird, but when it fires on all cylinders, it destroys everything in its path. I first discovered this series via the TV Guide Book of Lists, where Anton LaVey listed the most Satanic moments on television. Most of them were from this show. I’ve never been the same since. We also own the limited edition book that breaks down each episode’s creation as well as several prints of the paintings from the show. You can watch episodes for free on NBC, too. 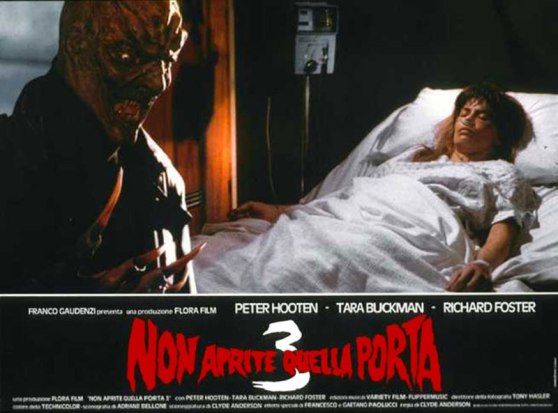 Night Killer: Thanks to my friend Matt Hanke, I own the limited edition Severin slipcase of this insane Italian film, which has the title Non Aprite Quell Porta 3, which means Don’t Answer the Door 3, positioning this movie as the third installment of The Texas Chainsaw Massacre. It’s anything but. I could go on and on about this movie — and do — but I’d suggest you just head to Severin and grab a copy for yourself.

Nightmare Beach: Someone let Umberto Lenzi loose in America and he got John Saxon to come along for the ride. A slasher that is pretty much unhinged, this is everything I love about Italian junk cinema — soft colors, rampant sleaze and a murderous motorcycle with an electric chair for a seat. 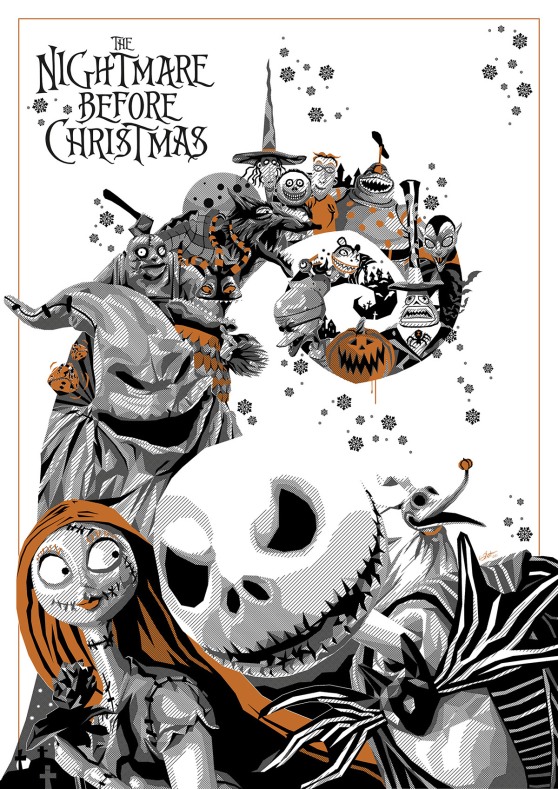 Nightmare Before Christmas: Not every movie we own features guts and gore. This would be a fine example. It may never get written up on this site, but it’s in our library. 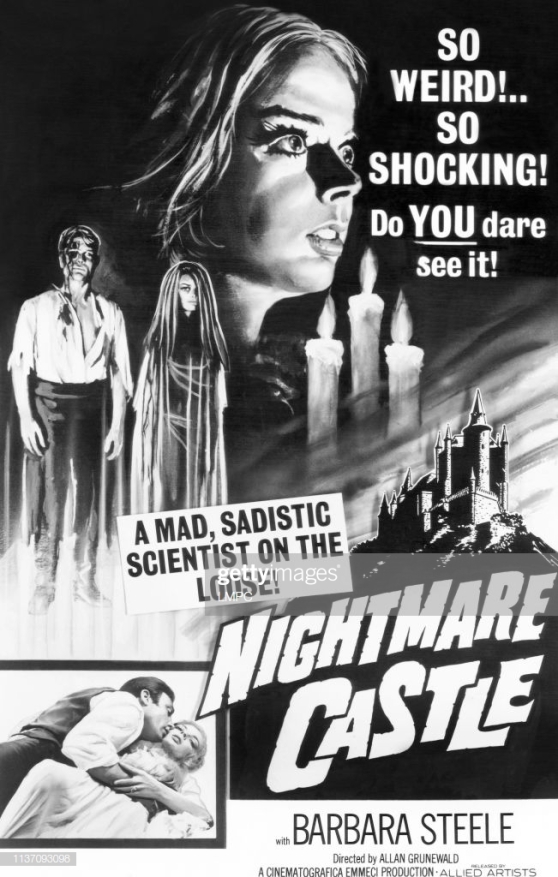 Nightmare Castle: Despite owning four different copies of this movie, it’s never been written up on our site. I really gotta get on that — a Barabara Steele gothic horror film that isn’t on here? I feel shame. 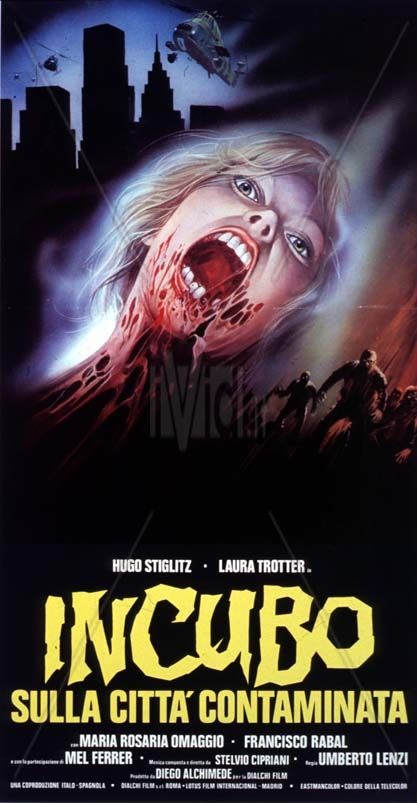 Nightmare City: This Umberto Lenzi thrillride is just pure chaos, a moebius strip of blood, ooze, gristle, gore and gunfire. It also has a scene where aerobics dancers get reduced into corpses and another where a major character falls off a rollercoaster. Just writing this quick paragraph makes me want to watch this movie all over again. 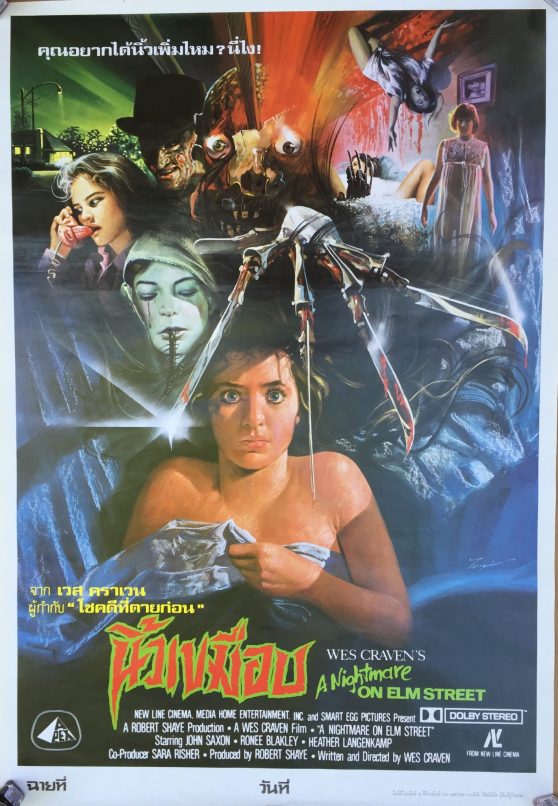 Every single A Nightmare on Elm Street movie: We covered these films in depth last year: 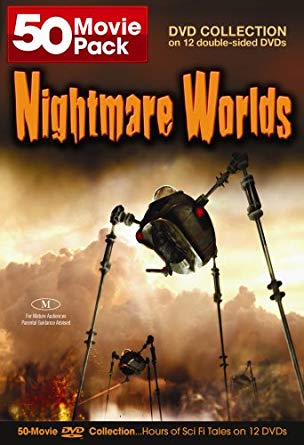 The Mill Creek Nightmare Worlds 50 movie set: You may have noticed — seeing as how we did month-long retrospectives on Mill Creek’s Pure Terror and Chilling Classics box sets — that we love these multipacks. This one is no different, featuring favorites like Contamination, Warriors of the Wasteland, Werewolf Woman, Cataclysm/The Nightmare Never Ends, All the Kind Strangers, Death Warmed Up, Good Against Evil, How Awful About Allan, Terror at Red Wolf In and more. Maybe this will end up being our next month-long pick.

Night of the Bloody Apes: One of the parts of having OCD and a large video collection is the fact that I may never own every movie I want. For example, I want every single AGFA/Something Weird release. Until then, I’m hunting down old SWV DVDs in the wilds of used video stores. I found this one at the Exchanges in Squirrel Hill and treasure it — it even has Feast of Flesh and lots of bonus trailers. You can watch this on Tubi. 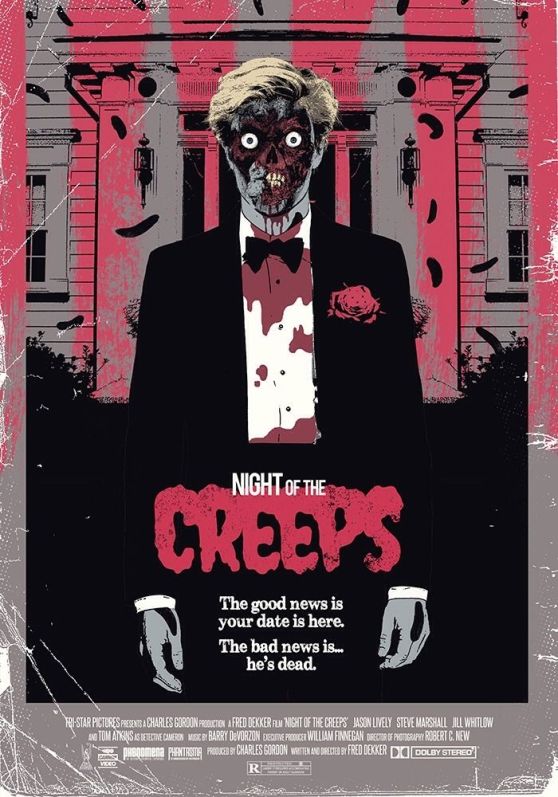 Night of the Creeps: Tom Atkins forever! This is one of the greatest goofball movies ever made, packed with both grossout moments and real emotion. Oh man, I love it so. You can watch this on Shudder. 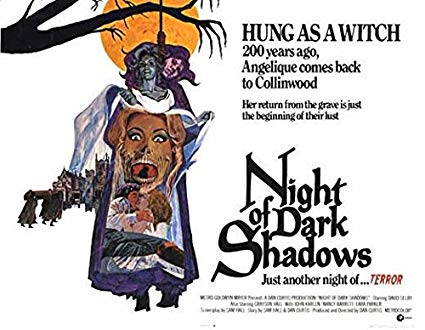 Night of the Demons 2: This is yet another in the many sequels that my wife loves way more than the films that came before them. Also, this is an American demon movie, so it has nothing to do with the many, many Demons films from Italy. 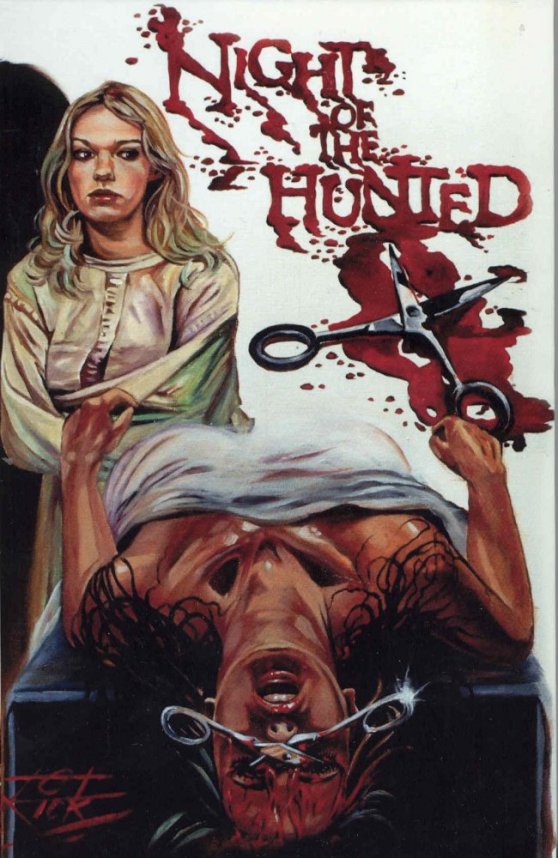 Night of the Hunted: Otherwise known as La Nuit des Traquées, this is yet another Jean Rollin film that I’ve added to my collection and never had the time to watch. Again, I need to get on this.

Night School: No, not that Night School. Nope, this is an American giallo that gets so close to hitting the mark that it upsets me just how great it could have been. I hunted for this forever before finding the Warner burn on demand disc at an Exchange in Monroeville. You can save yourself the hard work and just watch it on Shudder.