Written by Buck Henry, based on a stage play by Bill Manhoff and directed by Herbert Ross, The Owl and the Pussycat was a huge romantic comedy hit. It stars Barbara Streisand (who did a nude scene for the film that was cut at her request and then published by High Society; Babs sued) as a prostitute who also has acted in two TV commercials named Doris who finds herself living with Felix, her writer neighbor (George Segal) when she’s evicted. Then, they both get evicted when he tries to cure her hiccups.

They end up moving in with Barney (Robert Klein), a friend of Felix, but their arguing — followed by lovemaking — leads to Barney and his girlfriend (Marilyn Chambers, credited as Evelyn Lang, two years before she went Behind the Green Door) leaving. Hijinks, as they say, ensue, like the fact that the two can’t stop falling in love — and driving each other crazy — and that well, Felix may already have a fiancee. Will these two ever just get along?

Mad Magazine #145 had a great parody of this movie, The Fowl and the Prissycats, written by Stan Hart with pencils and inks by Angelo Torres.

Hey! Roz Kelly is in this and so is an uncredited Tom Atkins!

Interestingly enough, Sidney Poitier was supposed to play opposite Streisand, yet it was decided that audiences weren’t ready for an interracial romance. Which is even weirder, because this started on Broadway with Alan Alda and Diana Sands as the principals. 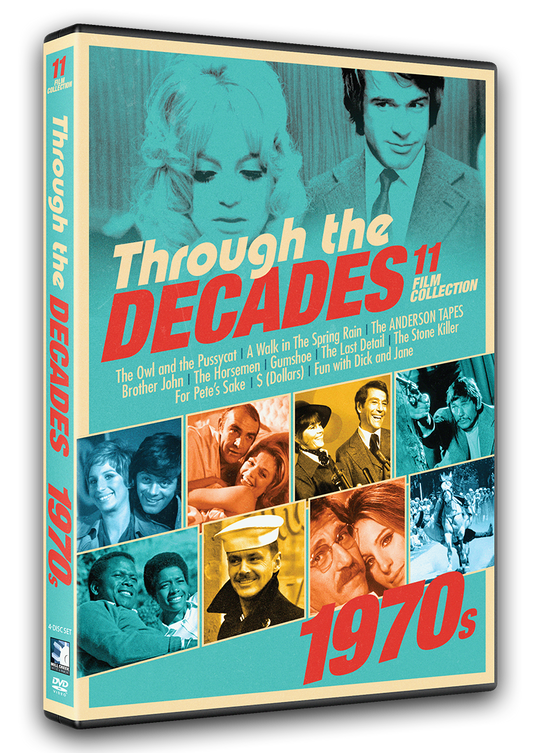 Through the Decades: 1970s Collection is new from Mill Creek. It also has A Walk In the Spring Rain, Dollars, Fun With Dick and Jane, For Pete’s Sake, The Anderson Tapes, The Horsemen, The Stone Killer, Brother John, Gumshoe and The Last Detail. You can learn more on their site and order it from Deep Discount.