EDITOR’S NOTE: We love all things Van Damme, so much so that we watched more than twenty of his movies in one week a few years back. This review comes from then — July 13, 2019 — but now Kino Lorber has released UHD and blu ray versions of this film. They include a brand new 4K restoration of the unrated international cut from a 4K scan of the original camera negative, plus new interviews with John Woo, Lance Henriksen, Yancy Butler and stunt coordinator Billy Burton. Plus, there’s a newly restored trailer and new commentary by action film historians Brandon Bentley and Mike Leeder.

Was there some kind of boot camp that Hong Kong directors had to go through to make movies for Chinese audiences that required them to work with Jean-Claude Van Dam? Tsui Hark, Ringo Lam and John Woo all made their first Western movie with the actor. It seems like too much of a coincidence to believe otherwise.

Chuck Pfarrer wrote the script, which is based on the 1932 film adaptation of Richard Connell’s 1924 short story The Most Dangerous Game. He also wrote or contributed to the films Darkman, Navy SEALs (based on his own time as a SEAL), Barb Wire, The Jackal, Arlington Road, Shooter and The Green Hornet.

Beyond Hard Target being Woo’s first American film, it was also the first major Hollywood film ever made by a Chinese director. Universal Pictures was nervous about having Woo direct a feature, which kind of blows my mind. By this point in his career, he’d already made A Better Tomorrow, A Bullet In the Head and The Killer by this point, movies that are legendary action movies that are more memorable than any action Hollywood was churning out in the 1990s.

They sent Sam Raimi to look over the film’s production and possibly replace Woo if he started to fail. That said, Raimi was a big fan of the director and confident in his skills, saying, “Woo at 70% is still going to blow away most American action directors working at 100%.”

Kurt Russell was Woo’s original choice of a star, but he was too busy. The director then went with Universal’s selection of Van Damme, which allowed him to ramp up the action.

Amazingly, it took twenty different cuts of the film to secure an R rating. While all that was going on, Van Damme hired his own editor to create his own cut of the film. Van Damme’s version cuts out whole characters while including more close-ups of himself. When asked why, Van Damme said, “People pay their money to see me, not to see Lance Henriksen.”

The movie begins with a homeless veteran (scriptwriter Pfarrer) being hunted by Emil Fouchon (Lance Henriksen), Pik van Cleef (Arnold Vosloo, The Mummy and Zartan from G.I. Joe: The Rise of Cobra and Darkman in two direct to video sequels), Stephan (Sven-Ole Thorsen, Conan the Barbarian), Peterson (Jules Sylvester, a noted snake wrangler) and a businessman who has paid half a million dollars for the chance to hunt a human being. The man is killed before the credits roll.

We soon meet his daughter Natasha (Yancy Butler, TV’s Witchblade), who is looking for her father. She hires homeless martial artist and ex-Marine Chance Boudreaux (who would be in that role other than Van Damme?) to be her guide and bodyguard.

What follows is a veritable smorgasbord of fight scenes and bullets being fired by all manner of guns, including an amazing sequence inside a Mardi Gras float graveyard. Somewhere out there exists the original 116-minute long cut — outside of bootleg releases — that has even more mayhem still intact. That said, what survived is still action-packed.

I was let down when this movie was released, but realize now that Woo still had some adjusting to do when it came to Hollywood — beyond improving his English. Last year, he told the Hollywood Reporter that “…in Hard Target I was too ambitious, and tried to do everything in one film. This is unlike any traditional films in the States, so the audience didn’t understand what’s going on with these techniques. It’s not a typical Hollywood action movie. And slow motion. And also the violent moments, too, the audience couldn’t take it. And some people left the theater in the middle of the movie. Although the film didn’t achieve great success, it sold well.”

Looking back on it a quarter century later, I can appreciate a lot more of the film. Arnold Vosloo and Lance Henriksen make the perfect team of bad guys. And any movie that gives you both Van Damme with a magnificent mullet and Wilfred Brimley kicking ass as JCVD’s Uncle Douvee really made me enjoy this way more than I remembered. I mean, how many movies will you see this year where the hero shoots a bad guy five times with an upside down gun and then still spin kicks him? 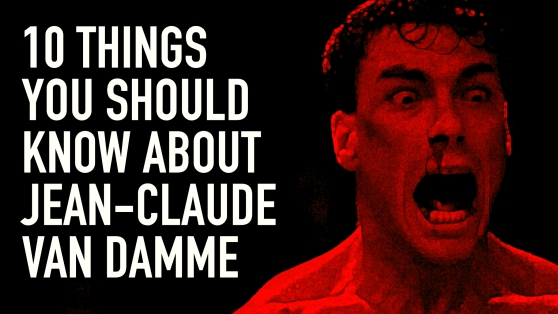 Hey — we also have this ten things to know about Van Damme article too!