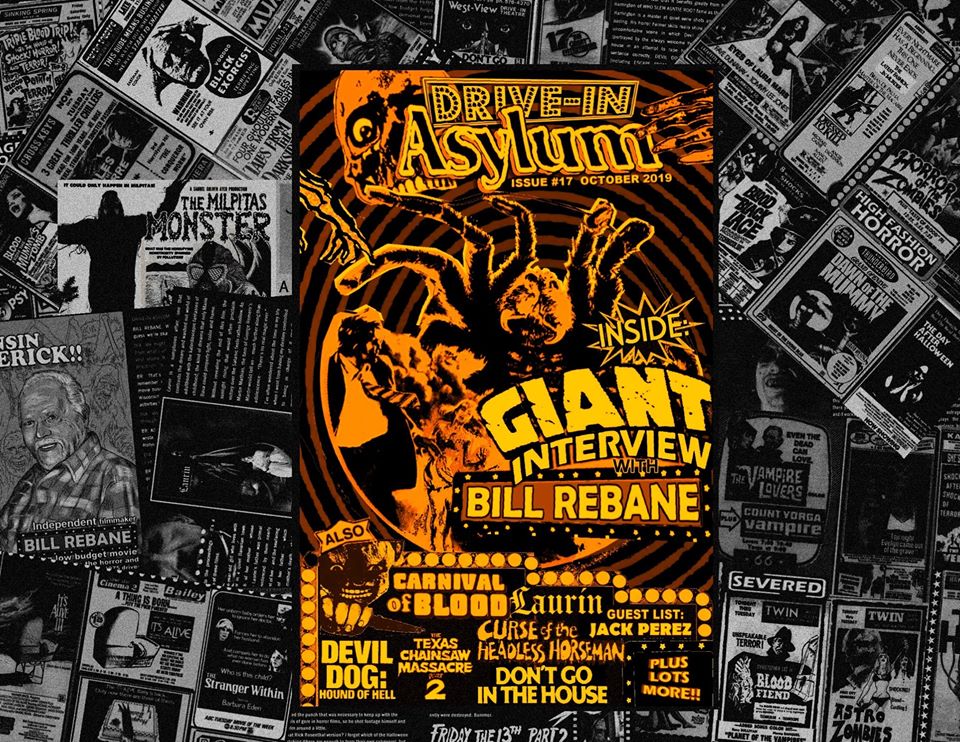 The new issue is out! Here’s what it’s all about:

One of the BIGGEST names in independent filmmaking, especially drive-in/grindhouse flicks, is Bill Rebane. Straight outta Wisconsin, this guy has delivered some of the most memorable low-budget flicks to date. Slashers, giant monsters, cryptids, alien viruses, demons, monster trucks — Rebane has tackled them all. The Giant Spider Invasion, The Capture of Bigfoot, The Alpha Incident and Invasion from Inner Earth are just some of his titles. We’re thrilled to present a lengthy interview with Bill in this issue about the highlights of his lengthy career.

Jack Perez is another monster movie maker, younger than Bill Rebane, but creating similarly wild films for TV networks and video. He’s our Guest List for this issue, and singles out five films that rocked his world.

You can get it here.

I’m really fired up about this issue because not only did I get to write about Laurin, a completely bonkers German film about childhood and vampires, I also got to paint Bill Rebane for the awesome interview that appears in the issue. Check it out! 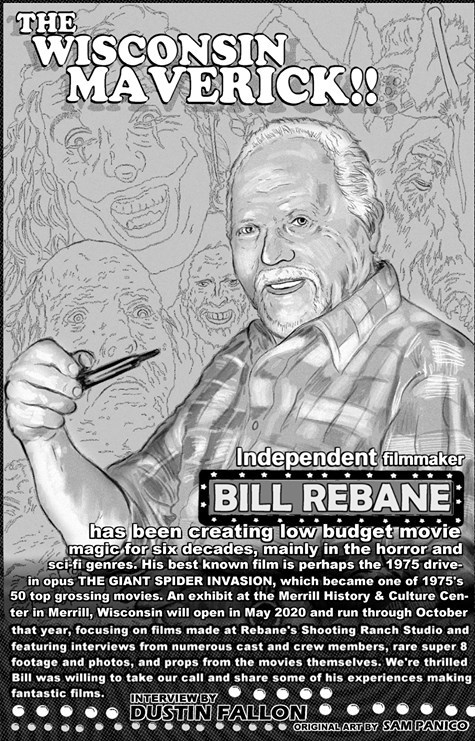 Please order an issue! So much work goes into every single page and there’s really no other publication like this. Thanks!