Linda Blair has been our focus all week long, so this is an opportunity to discuss some of the films we’ve covered before this weeklong celebration of her work.

Linda started her modeling career at the age of five, appearing in catalogs for Sears, J.C. Penney, and Macy’s, as well as seventy commercials and many print ads. She also began another love her life, training and riding horses, at this young age.

Linda’s first acting roles were on the soap opera Hidden Faces, as well as the films The Way We Live Now and The Sporting Club. Her big break came when she was selected from a field of six hundred other actresses to play Regan MacNeil in 1973’s The Exorcist, a role which led to a Golden Globe and People’s Choice Award for Best Supporting Actress, as well as a nomination for the Best Supporting Actress Academy Award. There had been rumors that the filming of the movie led to her having a nervous breakdown, which she and the filmmakers denied.

I see Linda’s acting career as fitting into several themes. There’s the possession variety, which finds her cast in films like The Exorcist II: The Heretic, Repossessed and Witchery.

Then, there’s the next phase that Linda moved into post-Exorcist: the abused woman. Starting with the controversial TV movie Born Innocent, she found herself often cast as a put-upon woman, forced to endure the trials of the system, men and even her fellow sufferers of abuse. That film itself was so controversial, it was one of the main reasons for the Family Hour being enacted and incendiary scenes from it were removed for nearly a decade.

Within this second cycle, you can fit in films like Sarah T. – Portrait of a Teenage Alcoholic, Airport 1975 and Sweet Hostage before we move into the exploitation phase. Despite the perceived failings critically and financially of The Exorcist II: The Heretic, Linda remained a bankable name and used that to continue being cast in films.

Chained Heat, Red Heat and Savage Streets are the next level of the abused woman, but now Linda reaches a point in each film where she can’t take it any longer and retaliates against the system and people who have abused her. I’d point to these films as the highlights of this phase, which stretches from 1981 to 1996. Sure, she was nominated — and won — worst actress in the 1986 Golden Raspberry Awards, but did any of those geeks get to shoot people with a crossbow and fistfight Sybil Danning and Sylvia Kristel? Nope. 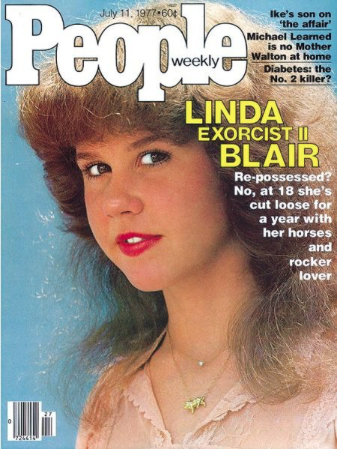 Beyond her work in film and television, Linda has also done some pretty amazing things. An animal lover since childhood, she took a year off from acting in 1977 and competed on the equestrian circuit under the pseudonym Martha McDonald. Since then, she’s fought for animals and children with PETA, Feed the Children, Variety, the Children’s Charity and other organizations, as well as being an early spokesperson for teen HIV/AIDS awareness.

A strict vegan who co-authored the book Going Vegan!, Blair also established her own charity in 2004, the Linda Blair WorldHeart Foundation, which works to rescue abused, neglected and mistreated animals, a cause we can all get behind here. Linda still appears in film, too. She was in 2016’s The Green Fairy as well as numerous TV appearances.

Seeing as how this week has featured over twenty Linda Blair movies, it’s difficult to pick just ten. But these are the ones that I would show if I were curating a film festival of her work.

1. The Exorcist: Any list of Linda’s films has to include this, perhaps one of the most frightening films of all time. I rewatched it this week and even at nearly fifty years of age, it remains as brutal and uncompromising as it was the day it was released. It’s disquieting just how different the young girl at the beginning and end of the film are in comparison to the beast that the demon inside her reveals. Often imitated — hell, we did an entire list of possession films that we love — this movie remains never truly duplicated.

2. The Exorcist II: The Heretic: I love that this movie knew what it’s audience wanted and gave them exactly the opposite. Where the expected would have made everyone rich and happy, this movie instead insanely and bravely and loudly screams in your face, declaring that it will exactly what it wants to be. Instead of a failure, I see this as a memorable success. 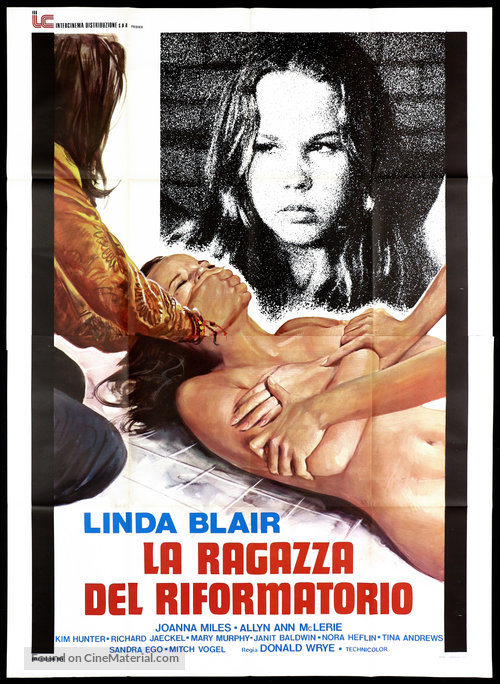 3. Born Innocent: In so many of the abuse cycle of Linda’s films, she’s often the girl no one wants, thrown away by parents and the system, forced to survive however she can. This is perhaps the darkest nadir of those films, as by the end, there’s no redeeming her. The horrors that she has survived will only be revisited on others, probably by her hand.

4. Summer of Fear: I’ll say this for Wes Craven. I like his movies that no one knows way better than the ones people celebrate, like this example from his days of made for TV movies. Actually, I can point out numerous TV movies that are way better than any horror movie you will see in a theater this year. Here, Linda plays Rachel, who slowly learns that her cousin is anything but the innocent child that she appears to be. 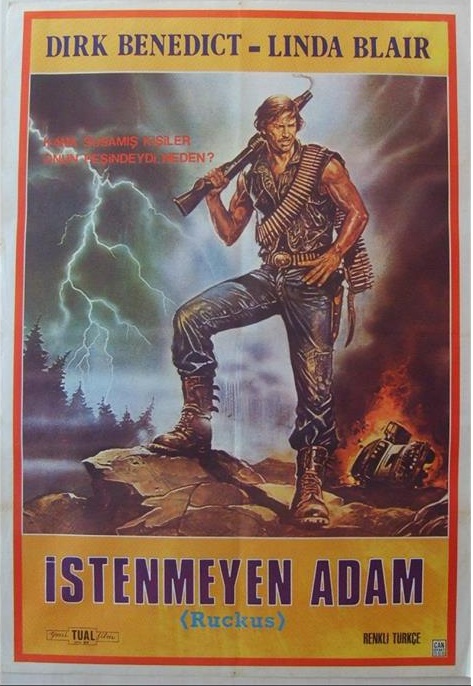 5. Ruckus: Your eyes do not deceive you. The poster above has the art from Blastfighter, not this film.  It kind of makes sense, as they both fit into the First Blood framework, even though Ruckus beat that film to the screen by two years. Linda may be a supporting role in this film, but it’s a rare opportunity for her to play a strong woman who isn’t beaten down.

6. Chained Heat: You can literally see the scumminess of this movie just from the poster. That’s not false advertising — this one is packed with exactly the kind of behavior that gives exploitation films a good name, as well as sparkling dialogue and big name talent — well, in my world — like John Vernon and Sybil Danning.

7. Savage Streets: Take a gander at that box art and tell me: How could you not rent this movie? John Vernon is in another of Linda’s films and this time, she leads a gang of women out for revenge in a movie that feels like it doesn’t belong in our reality. If you ever visit my house, there’s a 100% chance I’ll ask if you want to watch this movie.

8. Grotesque: I still don’t even know what to make of this movie, where Linda Blair and Tab Hunter face off with punks while a literal monster waits to finish off anyone who survives. It’s an utterly baffling film that not enough people talk about or have explored. It’s time to change that.

9. Witchery: Sooner or later, Linda had to make an Italian horror film. Sadly, she made one with Fabrizio Laurenti instead of Lucio Fulci. Or Umberto Lenzi. Or Bruno Mattei. Or even Claudio Fragrasso. The mind boggles at what those masters of the absurd would have done with Ms. Blair’s talents at their disposal. Why this never happened makes me wistful and sad about the way reality can never live up to one’s fondest wishes.

10. Prey of the Jaguar: This movie crosses off so many of my personal movie loves — a superhero movie that no one knows, a ripoff of The Punisher, an obscure star (Maxwell Caulfield) in a role he’s ill-suited for, Paul Bartel showing up and Linda Blair in a trenchcoat — that I assume that I am the only person who would ever care about this movie. Who else is it made for?

I skipped plenty of great Linda Blair movies, but we’ve covered tons of them this week. Take a look through our site and keep up to date with our handy Letterboxd list.