There are times that films feel like gift packages wrapped up for just me and my insane taste in movies. Let me tell you all of the ways that The Humanoid makes me want to fall to my knees and give thanks: it’s an Italian ripoff of Star Wars directed by Aldo Lado (Who Saw Her Die?, The Short Night of the Glass Dolls) working under the pseudonym George B. Lewis, a name that sounds close to George Lucas. It’s got Ivan Rassimov, the crazy-eyed star of such B&S About Movies favorites as Planet of the Vampires, Shock, Your Vice Is a Locked Room and Only I Have the Key and All the Colors of the Dark as Lord Graal, the samurai helmet and black armor-clad bad guy who is this film’s Darth Vader. It’s got James Bond henchman supreme Richard Kiel as Golob, a giant henchman who wears a jacket straight out of Brotherhood of the Wolf. It’s got Arthur Kennedy (The Living Dead at Manchester Morgue) in it! And it starts with the same shot Star Wars does, with a giant ship filling the screen and a crawl of type. And much like Starcrash, it transcends its inspiration to become a batshit insane movie unto itself. 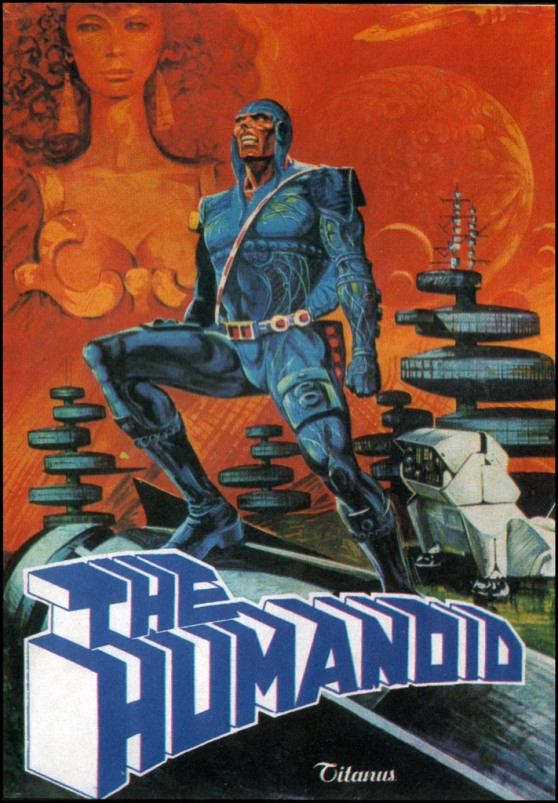 The film begins with a voiceover that lets you know exactly what you’re getting into: “Metropolis, known ages ago as planet Earth, now faces its gravest hour. Lord Graal has just escaped from the prison satellite where his brother, ruler of the peaceful, galactic democracy, had exiled him. Malevolent and power-hungry, Graal has plans of vengeance that might forever alter the destiny of mankind.”

The Great Brother (Massimo Serato, Don’t Look Now, The Killer Nun) rules Metropolis but now has quite a challenge. His brother, Graal (Rassimov) is working with the mad scientist Dr. Kraspin (Kennedy) to make an army of humanoids that are mutated by the element Kapitron, which can only be found on Metropolis. Helping Graal with his scheme is his lover, Lady Agatha (Ringo Starr’s wife Barbara Bach, who appeared with him in Caveman and as Agent XXX in The Spy Who Loved Me), who has the craziest hair ever, a blowout combaround that must be seen to be believed. She’s also kept alive by daily injections of blood, thanks to Kraspin, in a scene that adds a little bit of sleaze (the original cut of the film has nudity, but this was chopped out to hit a PG rating). 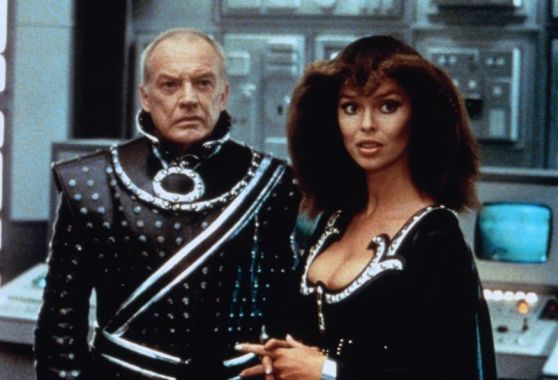 “You’re all the same, the lot of you. I bet you hate stormtroopers, too.”
“You make it easy.”

Graal orders his troops to steal the Kapitron and to kill Barbara Gibson (Corinne Cléry, who you just know by now I’m going to excitedly tell you was in Yor, Hunter from the Future, but she was also in Fulci’s The Devil’s Honey, The Story of O and Moonraker), who may have a normal name, but she’s the person who had sent Kraspin to a mental ward. She’s saved by Tom Tom, a young Asian boy with mental powers who communicates with two mysterious beings.

That’s when we meet Golob (Kiel), who originally speaks in the happy voice he’d use to great effect as Mr. Larson as Happy Gilmore, saying things like “Where in the cosmos did that space jockey get his license?” before the Kapitron process turns him into a humanoid. Now, his beard is gone and he becomes, well, The Hulk. His robot dog best friend, Kip, can only watch in sadness as his master is kidnapped. Don’t worry, Kip. Soon, you’ll be able to piss all over the floor and fake stormtroopers will fall into it. I didn’t make that up. It really happens in this movie.

Golob is a machine, taking people out left and right. Even our hero, Nick (Leonard Mann, Bart Winslow from the original Flowers in the Attic!) can barely escape with his life. Only Tom Tom can settle down Golob, saving Barabra and taking out the brain chip that controls the giant of a man…err, humanoid.

However, Barbara is soon taken by Graal’s men, who wear the same outfits as the bad guys in Yor, Hunter from the Future, as that film’s director Antonio Margheriti did the effects for this one. Tom Tom and Golob are saved by the mysterious traveler, who shoot the stormtroopers with magic arrows like something out of Fulci’s Conquest.

Nick, Golob, Tom Tom and Kip all make their way to Graal’s base, where they must stop him from using a missile filled with Kapitron to turn all of Metropolis into humanoids that he can control.

Lady Agatha only wanted Barbara for one reason — to get her youth for the best serum yet. Luckily, Nick and Golob save the day and our femme fatale rapidly ages into a skeleton. Of course we have a final battle with Nick (a way worse name than Luke Skywalker and I kind of demand better names in my Italian ripoff films, like Akton and Stella Starr) and Graal, Kraspin gets his comeuppance and Golob saves the day, mutating back to his bearded form.

That said — the battle with Nick and Graal is amazing, because Graal can make his hands glow blue and shoot out lasers, which made my inner eight-year-old dance with glee.

Now that the say has been saved, Tom Tom then tells everyone that he has to go back to his ancient homeland  — Tibet. Then, a voiceover ends the film:

“Once again Planet Earth had narrowly escaped disaster. Once again, it had found in itself the intelligence, the insight and the strength to repel a mortal enemy. Once again, man was to live at peace in the galaxy.”

The Humanoid never reaches the insanity that you want it to until the final battle, but it’s still a fun movie. It’s even got music by Ennio Morricone that sounds like a space version of “Joyful, Joyful, We Adore Thee.” But if I saw this film when I was a little kid, I would have been drawing it in class instead of learning important things like world history and math.

Want to know more about this movie? Then you can get lost at the Golob the Humanoid website, which has tons of info on this film and plenty of other Italian science fiction movies.