Usually this would be the space for Tubi picks, but I decided that it’s time to take a look at a few other streaming services for a few weeks. Don’t worry! I’ll never give up on Tubi and will return to find more picks for you soon.

Paramount Plus is a service we bought when we realized that our new home wouldn’t have antenna service for CBS so we couldn’t get KDKA news. Now they have a free streaming CBS News app on Roku, but we ended up liking Paramount Plus enough and it’s only $4.99 a month.

I’m always shocked that there are so many interesting movies hidden on Paramount Plus and no one talks about it. So here are some films worth watching on this streaming service.

All the Kind Strangers: LINK

Stacy Keach and Samatha Eggar are stuck as the father and mother of an entire house of strange children who kill their parents every time they get bored with them. This TV movie gets crazy and that’s the way I like it.

I know the world is not great, but when I hear someone complain about how much worse we are thanks to the internet, I have to say something. We live in a world now where I can just watch the first four  American Ninja movies whenever I want.

Man, this movie was made for Vinegar Syndrome and I’m so excited that they’re releasing it. It’s also on Paramount Plus! This movie is deranged and you could be happy with your monthly fee just with this one watch.

The Hilton Twins were real life Siamese twins. They appeared in Freaks and this film, the only one that dared to have them be the leads. A few years after this movie, they made a public appearance at a drive-in Charlotte, North Carolina. Their tour manager abandoned them and they never left town, working in a grocery store for the rest of their lives. But this movie invites you to choose the ending as one of the twins kills the other’s lover.

A fictionalized biographical film about trans woman Christine Jorgensen, this movie takes her book and does kind of whatever it wants with it.

A high school full of thirty-year-old teenagers engaged in class warfare as directed by Albert Pyun with a great soundtrack? Oh Cannon you are the best forever.

Another Cannon find that’s available on Paramount Plus, this comedy was on HBO so often when I was a kid. Now, it can be on at any time.

Don’t Look In the Basement: LINK

I love that someone normal could just be looking through what movies are on this service and accidentally allow an S.F. Brownrigg movie to be let loose on their psyche.

They have to save the world through assassination but first, bubble baths.

If you love Robert Forster, well…he did everything in this just about, directing, writing and starring. Plus, a happy Joe Spinell! 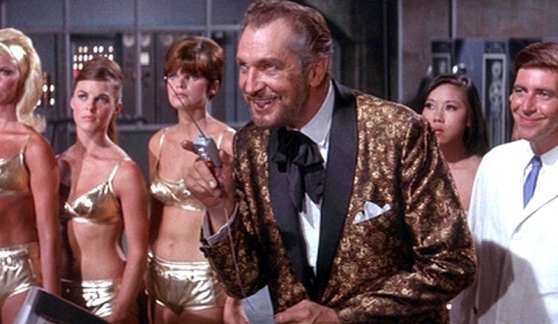 I love these movies but even then I wonder, how was the only movie that Vincent Price and Mario Bava made together was a ripoff of James Bond? 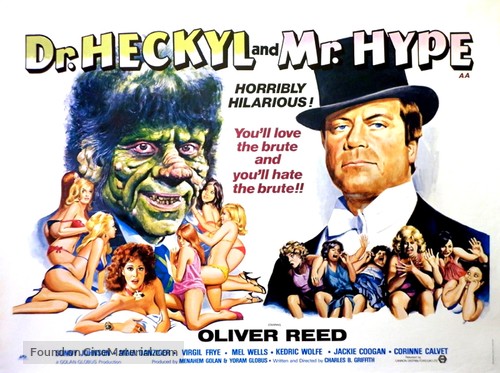 One of the first Golan and Globus-produced Cannon Films, this movie is…well, it’s something.

How about that for good taste? Yes, this amazing slice of seventies strangeness is right there and can infiltrate your world at any moment.

It takes everything that I have in me not to just watch this movie all day and all night. I want to watch it right now. This is everything Cannon is within one movie.

Sometimes, I look through channels and just go, “Wow!” and “Oh I can’t believe this!” Becca sometimes asks what’s so exciting and when I answer that I’ve found a rare Andy Sidaris movie, she realizes that she should never ask me that question.

Santa and the Three Bears: LINK

Why does Paramount Plus have a Barry Mahon children’s movie? I have no idea either.

Linda Blair! A remix of a whle bunch of other movies! Ajita WIlson! Penn Jillette getting killed! My love for this movie has no limits.

I think mental health is very important but if your new psychiatrist is Klaus Kinski, please stop treatment.

The deepest of deep Cannon deep cuts? Nearly. I can only assume that when you buy the MGM library you get so many things thrown in.

Another movie that I’m shocked to find here, a post-apocalyptic barbarian movie that throws everything in and asks you to love it.

Ed Wood knew what I wanted, even as he made these movies before I was born. I want girl gangs to destroy the world.

This movie absolutely destroyed me as a child and I still tear up when I watch it as an adult. Don’t say I didn’t warn you.

There’s a ton more, but hopefully that will get you started.

Is there anything great you’ve found? Let me know.

One thought on “What’s on Paramount Plus?”