Look, you can watch any one of these three movies in any order you’d like. Things just seem to happen, plot lines stop and start with no reason behind them and most of the movie is fight scenes, which is as it should be. If you’re the kind of person who needs things to make sense, run fast and run hard.

These were directed by Joseph Kuo, the same man who brought the world Mystery of Chessboxing, World of the Drunken Master, Deadly Fists of Kung Fu, The Old Master, 36 Deadly Styles, 18 Bronzemen, Shaolin Kung Fu and so many more. His movies are all pretty wild but these ones, well, they take that level of strangeness to unseen levels. 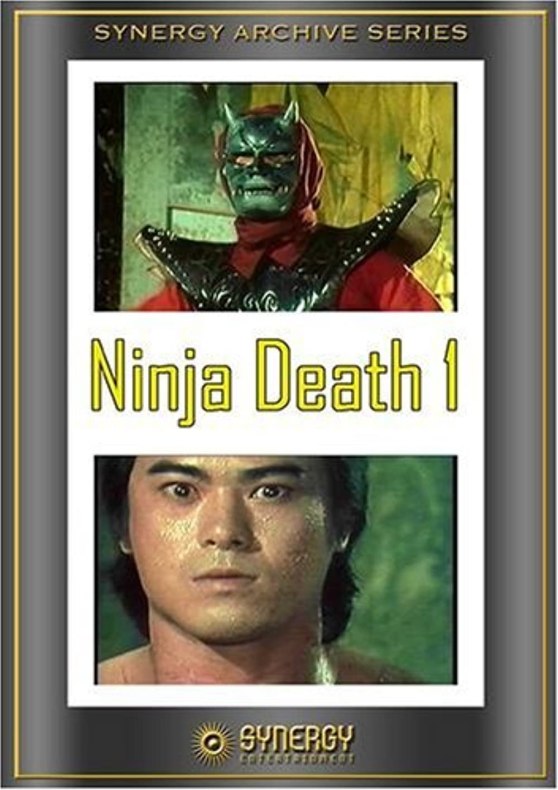 Ninja Death I (TUBI LINK): The description of this on Tubi says that it’s “A late-‘80s martial arts film about the owner of a prostitution brothel who is also a secret kung fu artist on the side with a powerful master.”

Tiger (Alexander Lo Rei, USA Ninja) is a bouncer at a Hong Kong brothel who learns that another house with red doors has opened across town but it’s all a trap. That jack shack’s owner, The Grand Master is hunting for a fighter with a plum tattoo across his chest and that man is, of course, Tiger, who is trained by The Master to battle that man’s various ninjas and fighters.

Also, this movie begins with a baby being protected from an unstoppable warrior who kills everyone he touches including taking a man’s eyeballs out. There’s also a credit sequence of ninjas battling in front of a red seamless background and I could watch an entire movie of just that.

There’s also a torture scene where The Master keeps poking Tiger in all his pressure points and asks him if he saw Drunken Master because he sure has. He then has dudes beat Tiger with sticks, pours snake venom all over him and makes then freezes him inside a block of ice. He also makes him drink vinegar because that’s training. How this so-called training teaches you to fight is a mystery; I get the wax on, wax off lesson of Miyagi, but how does this make Tiger a better fighter? And when Tiger asks for a lesson about ninjas, the Master tells him a long story that’s mostly a long and involved sex scene.

The Master is also a ninja — with a baby mask for a face — and he ends up facing Devil Mask, who is controlled by The Grand Master with a flute and also has the power to become a tornado.

There’s also a girl named Sakura in love with Tiger and Devil Mask is probably The Master’s brother. So much happens that you may be bewildered but that’s OK, there are still three more parts to make your head spin.

Ninja Death II (TUBI LINK): “When his master is killed, a young martial artist must continue his training with other teachers to prepare to fight the evil ninja in his pursuit.”

The second chapter uses its first half to explain what we just saw but it helps it make more sense: In the flashback that started the last movie, The Master was the man who ran away with young Tiger, the man who lost his eyes has become a blind fortune teller and Devil Mask is Tiger’s brother and The Master’s brother. Then, he kills himself by karate chopping himself in the brain as his injuries from the last movie are too much to handle.

At one point, Tiger is poisoned by ninjas and falls down a waterfall and yet lives because he’s nursed back to health by a kindly old man and his granddaughter. Tiger is nearly insane from the poison and he pretty much assaults the girl because he dreams that she’s Sakura and is poisoned which is a defense that would not work in any country. He apologizes when he’s healed as if it helps. The grandfather gives him the antidote as long as he promises to come back and marries the girl, but then as soon as Tiger leaves, ninjas kill them all and it’s basically the good guys cleaning up the mess of the bad guys.

There’s a lot more training because the big battle is coming.

Ninja Death III (TUBI LINK): “The blind fortune teller and his crew, Tiger and the Japanese brother and sister prepare to battle the Grandmaster, Devil Mask and infinite ninjas.”

After the second problematic and repetitive part of the series, Ninja Death III rebounds with moments like Tiger nearly being able to fly, Devil Mask becoming a horizontally flying force of ninja magic and The Grand Master, who has gold clothes and hammers that he can throw. Actually, that weapon is called the Double Sky Hammer and I better get it right.

Also, that description is correct: there are so many ninjas in this I lost count.

Tiger learns a new style from the blind fortune teller — who remarks after everyone in a village “I can’t see anything” — and learns who his mother the Princess is.

You have to respect a ninja series that not only has ninja battles but goes all in on the sleaze. If you’re going to have a hero who runs a cathouse, you better show the cats — and cat — in action. I mean, the second movie goes wild with a bloody ninja attack while people are in the midst of people exploring the clouds and rain, as the Chinese say.

In my magical dreams, there are action figures of every character in these movies.