La casa means the house and there’s an entire series of films with that title are just about as confusing as the Demons movies. It starts so simple and then, as it always does in Italy, gets very complicated.

La Casa (1981, directed by Sam Raimi): The American horror film Evil Dead actually did pretty well in Italy. Why it was renamed The House instead of the literal translation I Non Morti is something that no one has been able to answer.

La Casa 2 (1987, directed by Sam Raimi): It stands to reason that Evil Dead 2 should be called La Casa 2 and this will be probably the last time that this list makes any sense.

La Casa 3 (1988, directed by Umberto Lenzi): Otherwise known as Ghosthouse and Evil Dead 3, this film was distributed by Filmirage. It was retitled by Achille Manzotti and someone else who knows something about having more than one name, Aristide Massaccesi, who said in the book Spaghetti Nightmares: “Manzotti’s idea to change the title to La Casa 3 made the film a success. If he’d left the original title Ghosthouse, hardly anyone might have gone to see it.”

In fact, this film played all over the world with titles like The Nightmare House (Canada and France), The Haunted House Enigma (Portugal) and oddly enough, House 3 in Argentina. Yes, that’s right, there is a whole series of American movies with that title, right? Well stay tuned.

As for La Casa 3, it’s a blast, a movie shot in the same house as Fulci’s The House by the Cemetery and is filled with some of the most ridiculous dialogue and situations I’ve seen in ten movies all sewn together.

La Casa 4 (1988, directed by Fabrizio Laurenti): Filmirage made enough from La Casa 3 to make a sequel, which also goes by Witchcraft, Ghosthouse 2 — yes, this does get very, very confusing — and Evil Dead 4. It was also called Witchcraft: Return of the Exorcist in the Philippines, Encounter with Evil in Spain, Devil’s Return in Turkey and either Witchery or Evil Encounters in the U.S.

It also has the most star power of any of the films on this list thanks to the one-two punch of David Hasselhoff and Linda Blair. It may not have the same energy as its predecessor, but it does have a Sesame Street brand tape recorder in the middle of some demonic madness.

La Casa 5 (1990, directed by Claudio Fragasso): When Severin released a slipcase of this as Evil Dead 5, that was no silly joke. This movie was released with that title, as well as Horror House II (where is the original Horror House, you may ask? Well…), Ghosthouse 6 (stay tuned, we’ll explain where 3-5 went) and House 5 because why not.

Known as Beyond Darkness here in the U.S., it reunites the Troll 2 dream team (and married couple) of Fragrasso and Rossella Drudi with the dining room table pissing child star of that film, Michael Stephenson, and Joe D’Amato himself filming things and Laura Gemser making the costumes. How can it miss?

It’s actually pretty wild! A Satanic child killer goes after a reverend’s family — I have no idea what religion he is and you can’t say that a bunch of Italian filmmakers don’t understand that Roman Catholic priests can’t marry — and all hell, as it does, breaks loose. 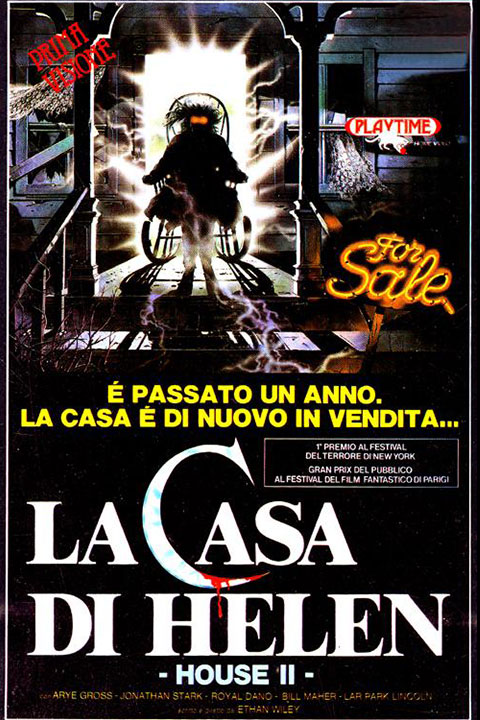 La Casa 6 (1987, directed by Ethan Wiley): Wait a second. The American House 2 is the Italian La Casa 6. Why wouldn’t it be? I mean, this movie isn’t even connected to the film that it’s a sequel to, right? It was also called La casa di Helen in Italy.

Chi è Sepolto in Quella Casa, which means Who Is Buried In That House?

La Casa 7 (1989, directed by James Isaac and David Blyth ): Let’s ponder this. Known as House 3 in other countries and The Horror Show in the U.S., this Alan Smithee-written movie made it to Italy and became a La Casa movie.

Now here’s where it gets weird.

This is also Evil Dead 7. The other evil dead films would be:

But there is a House 4. And in Italy, it is known as House IV – Presenze Impalpabili in Italy, which means impalpable presences. It’s also known as Chi ha ucciso Roger, which means Who Killed Roger and yes, it completely rips off the font used for Who Framed Roger Rabbit? 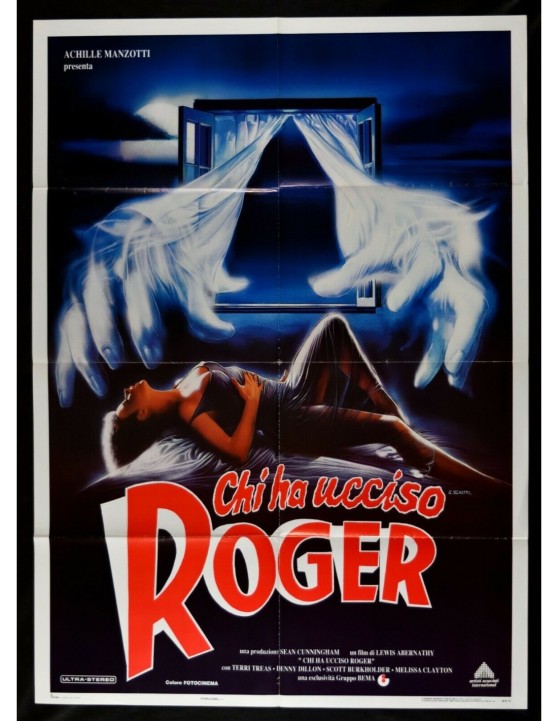 Also, to prove that nothing is too trivial, there are only two House movies with William Katt in the lead — and therefore, only one La Casa — and only one that had its set reused for The People Under the Stairs (House and House IV respectively).

So that would make the House movies…

Whew. We’re nearly done. Because there’s one other anomaly.

It’s literally like an old Abbott and Costello routine.

Joe D’Amato: Well Ash, I’m going to Rome with you. You know Umberto Lenzi, the director of The Rough Ones, is ready to keep making movies for as long as you’re in them.

Ash Williams: Look Joe, if you’re the producer, you must know all the names of the movies.

Joe: I certainly do.

Ash: Well you know I’ve never seen all your movies. So you’ll have to tell me about them and then I’ll know what they’re about.

Joe: Oh, I’ll tell you their names, but you know it seems to me we give these motion pictures now-a-days very peculiar names. So let’s see, up first, we have La Casa and it’s about a man whose friends all die in a cabin in the woods.

Joe: No, this is La Casa. It means the house. And this guy named Ash brings his friends and his girlfriend the whole way across Michigan and read some book of the dead.

Joe: It has some POV flying around the woods crazy stuff in it. Nice kid, Sam Raimi, made it real cheap.

Joe: No it isn’t. You aren’t in the sequel either.

Joe: I’ve never seen Evil Dead 2. Though a lot of people think La Casa 2 is a lot like La Casa. 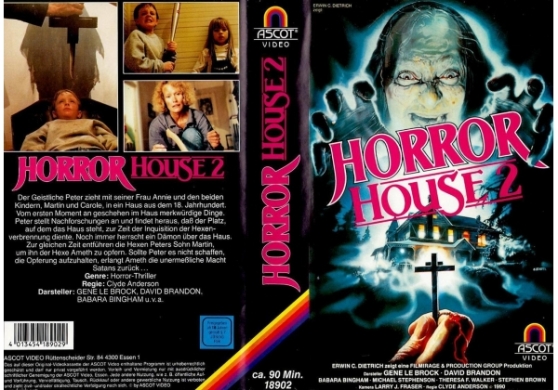 Horror House 2 is La Casa 5 which is Evil Dead 5 which is Beyond Darkness.

I still have no idea what movie is Evil Dead 6!