The world of the giallo — and of James Bond — are both filled with violence and gorgeous women. So is it really any wonder that there’s some level of crossover between the actresses in the films? Trust me: This article was really a pain to write.

Ursula Andress: The original Bond girl, Andress wowed audiences as Honey Ryder, emerging from the water with a bikini and knife. She’d go on to appear in the 1977 Steno-directed giallo Double Murder alongside Marcello Mastroianni and Peter Ustinov. If you’d like to see her in an Italian cannibal film, look no further than The Mountain of the Cannibal God.

Claudine Auger: The actress who played Dominique “Domino” Derval in Thunderball would go on to star in two giallo films: Black Belly of the Tarantula and Mario Bava’s slasher father A Bay of Blood. 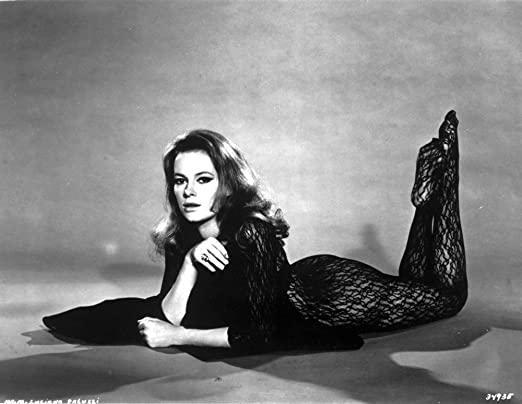 Luciana Paluzzi: In Thunderball, she played Fiona Volpe, the henchwoman killed while dancing with Bond. She would go on to star in the Spanish-Italian giallo The Two Faces of Fear alongside George Hinton.

Barbara Bach: Bach woud play Anya Amasova in The Spy Who Loved Me, but before that, she was in Black Belly of the Tarantula and Short Night of Glass Dolls. On the non-giallo horror and science fiction sides of genre films, she also shows up in Sergio Martino’s Island of the Fishmen and Aldo Lado’s The Humanoid. 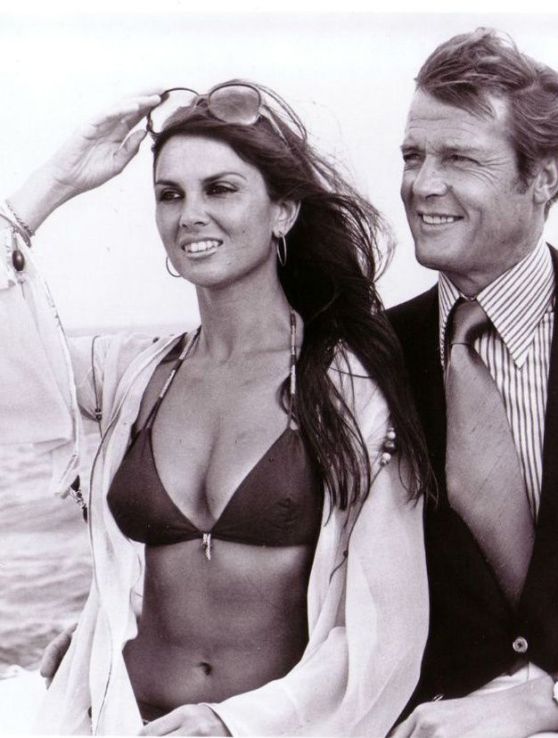 Caroline Munro: While you can’t consider either of the Phibes films or Maniac giallo, I guess you can make an argument for Jess Franco’s Faceless. That said — anyone that complains about having to think about Ms. Munro — who played Naomi in The Spy Who Loved Me — is a moron. 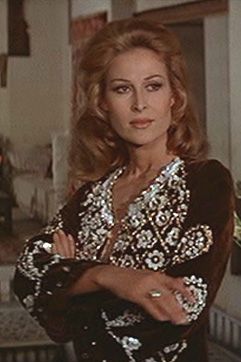 Olga Bisera: Felicca gives her life to save Bond in The Spy Who Loved Me. Ms. Bisera is also in the giallo films A Whisper In the Dark and Eyes Behind the Wall. 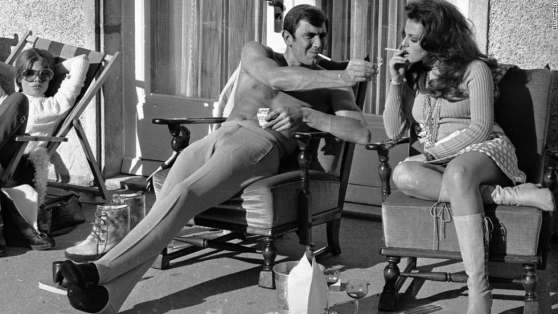 Helena Ronee: After paying the Israeli member of Blofeld’s Angels of Death in On Her Majesty’s Secret Service, Ronee also shows up in Mario Bava’s (Five Dolls for an August Moon). 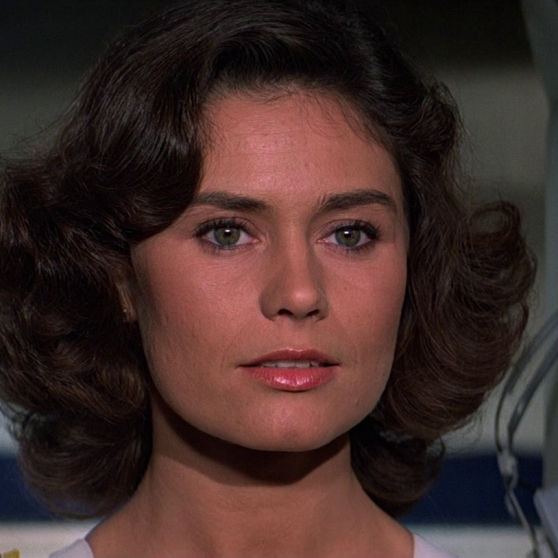 Corinne Cléry: Corinne Dufour was Hugo Drax’s personal pilot, who he eventually allowed his dogs to kill. As for the actress who played her, she’s in Plot of Fear, a 1976 giallo. She also shows up in two of my favorite strange films, Fulci’s The Devil’s Honey and Yor Hunter from the Future.

Tonia Sotiropoulou: This actress shows up as a lover of Bond in Skyfall, but she also makes plays Elena in Berberian Sound Studio, a movie set in the Italian film world of the 1970’s as the giallo The Equestrian Vortex is being filmed. 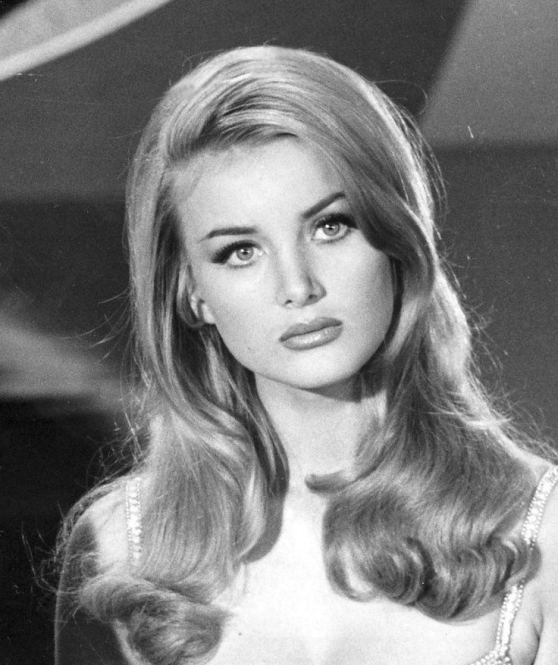 Barbara Bouchet: Although Casino Royale is not an official Bond film, the star of giallo such as The Man With the Icy Eyes, Black Belly of the Tarantula, Amuck!, The Red Queen Kills Seven Times, Don’t Torture a Duckling and 2009’s Giallo plays Moneypenny. She’s also in the Eurospy movies Surabaya Conspiracy, Agent for H.A.R.M. and Danger Route.