For some reason, the new Child’s Play and Annabelle Comes Home will arrive in theaters just a week apart, quite possibly making this the first time that two movies starring killer dolls go head to little head at the box office. However, they’re but two of the haunted dolls that have wandered across the silver screen to horrify us over the past few years.

So many of these possessed dolls have a debt to The Twilight Zone episode “Living Doll,” written by Charles Beaumont (actually, ghostwritten by Jerry Sohl) and the legend of the Key West-based Robert the haunted doll (about whom the Robert series of low budget doll horror were based)

Here are ten — in no particular order — and if we missed one you love, let us know!

1. Annabelle from The Conjuring films: Possibly — and hopefully — the only real doll on this list, Annabelle has shown up in both The Conjuring films, as well as three of her own spinoffs (she also makes cameo appearances in Aquaman and The Curse of La Llorona). According to Ed and Lorraine Warren, a student nurse was first haunted by the doll in the late 1960’s before the Warrens removed the doll and placed it in their museum.

2. Chucky from the Child’s Play films: I don’t care what the new movie says. Chucky will always be the spirit of serial killer Charles Lee Ray, living on forever in the body of a Good Guys doll. Across six of the original films, one new reimagining and a planned TV series, Chucky has brought nothing but terror to anyone who owns him.

3. Brahms from The Boy: Talk about a movie that hit out of left field. 2016’s The Boy presents a ridiculous concept — that an old couple has been raising a porcelain doll for years — and runs with it. It worked so well a sequel is planned for this year. 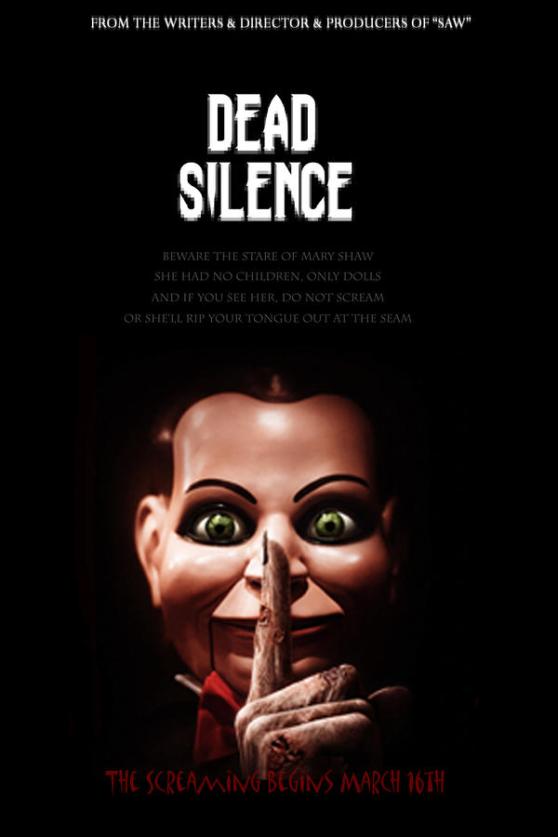 4. All of the dolls from Dead Silence: James Wan really loves scary dolls. Between the Billy puppet in Saw, Annabelle in the aforementioned The Conjuring films and this movie, he’s made millions off of them. Well, maybe not millions off this one, as it’s pretty much a forgotten horror film out of the late 2000’s. You should check it out — it’s actually pretty great silly fun. 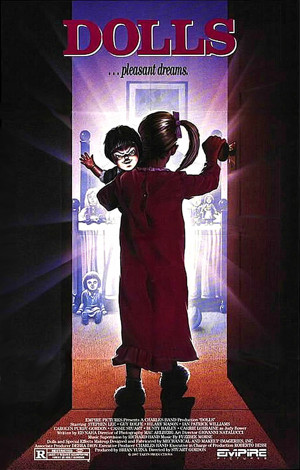 5. All of the dolls in, well, Dolls: Well, I do know someone who loves haunted dolls more than James Wan. Charles Band. Across this film and several others — like Tourist Trap — he’s exploited the fear that possessed inanimate objects can incur.

6. The many, many puppets of the Puppet Master series: Spoiler warning. We’ve been working on a Puppet Master week for a long time. It’s taken months because there are just so many of these films, between the original series, the reimaginings and the cross-overs with Demonic Toys. If you are a doll and evil, Charles Band loves you — he also made Blood Dolls. How many doll movies can he make?

7. The hoodoo dolls from both Tales from the Hood films: These dolls are ready to do more than upset you with their remembrance of America’s racist — that’s putting it lightly — past. No, if you cross them or their owners, they’re ready to end your life.

8. The walking doll in Asylum: Between a tailor’s dummy suddenly coming to life and the dolls at the end of this film — that spray out human fluids when crushed — Asylum is not the movie to watch if you have pediophobia or the fear of dolls.

9. Fats from Magic: When the commercials aired on TV for this movie — I was only six years old at the time — I covered my face and ears and screamed, hoping that the ventriloquist dummy wouldn’t find and kill me. It’s a good thing I never saw this movie when I was young. I probably would have never gone to sleep.

10. The Zuni doll from Trilogy of Terror: This made for TV movie was made all the way back in 1975, but the story of Karen Black being menaced by a tribal doll — who comes back for the sequel — sticks in your memory.

Here are some of the many movies that I didn’t put on the list:

Pin: This movie has ended up on so many of our ten movies lists, but that’s just because I want more people to learn about this insane bit of Canadian cinema, where a CPR dummy presides over the incestual relationship of a brother and sister.

Dead of Night: One of the first portmanteau horror films and an inspiration for the Amicus studio, one of its stories is all about a ventriloquist being controlled by his dummy.

Love Object: This 2004 film has a man slowly being taken over by his love interest — a rubber sex doll.

Pinocchio’s Revenge: Can you guess the killer in this 1996 opus from the same director as Night of the Demons and Witchboard?

Dolly Dearest: Denise Crosby is menaced by several girly dolls that have been taken over by a Mayan spirit in this Child’s Play clone.

Dolls: This brand new feature comes out this week and we’ve already reviewed it!

Devil Doll: A 1964 British effort where a murderous doll tries to take over a ventriloquist. Notice some kind of trend here?

The Pit: I have no idea why we haven’t gotten to this piece of strange cinema yet, in which a twelve-year-old boy and his evil (and perverted) teddy bear lure people into an open pit full of creatures that want to eat humans.

Black Devil Doll from Hell: An evil doll seduces a church lady? Again — how have we not had this movie on the site yet?

Poltergeist: While not specifically about dolls, that one scene — you know the one — was almost enough to get on this list. Clowns + dolls + evil entities = nightmares for every child in the summer of 1982.

Joey: Before Roland Emmerich came to America, in which a young boy thinks he connects with his recently deceased father via a toy phone before being attacked by an evil doll named Fletcher and then getting telekinesis. If you think I didn’t just hunt this movie down, you don’t know me.

May: May’s only friend is her doll that she keeps in a glass case. Maybe she should have kept it that way, as humans only disappoint her and end up dying.

The Devil’s Dolls: This is the kind of movie that not even a RedBox can talk me into renting, based on the legend of Guatemalan worry dolls.

The Doll Master: A South Korean tale of a doll maker’s doll never leaving his side leads into a modern tale of a doll that earns a soul and decides to get revenge for her maker.

Amityville Dollhouse: Once you run out of ideas — or outright lies — for Amityville films, it’s time to do a haunted dollhouse full of evil toys.

Finders Keepers: A SyFy movie all about a ten-year-old killing his family and his spirit going into the body of a young girl’s doll.

Attack of the Beast Creatures: Nope, having more of the doll from Trilogy of Terror doesn’t make for a better movie.

Ragdoll: A Ted Nicolau short about a voodoo doll that ended up being put into Devil Dolls, a portmanteau of possessed doll films produced by — you guessed it — Charles Band.

Doll Graveyard: Charles Band ups the ante and produces and directs this one, which starts with an abusive dad forcing his daughter to bury four of her dolls — an African warrior, a German soldier, a baby and a samurai — in a grave. When she falls in and dies, he buries her and then, well…you know what happens next.

Attack of the Puppet People: A Bert I. Gordon feature where an evil scientist invents an army of miniature death machines.

Silent Night, Deadly Night 5: The Toy Maker: When you run out of evil Santa ideas, again, turn to evil dolls.

Heidi: If you’re like me — and haunt Walmart hoping to find scraps of physical media — you’ve probably encountered films like this, that fool people into thinking it’s an Annabelle movie.

Triloquist: A Dimension Extreme movie where a vengeful dummy gets revenge for two orphans from the writer and director of the original Leprechaun.

Small Soldiers: Sure, it’s not the supernatural that brings these army soldiers to frightening life, but everyone seems to forget it on their list of evil doll movies.

Xtro: This movie has pretty much everything in it, including an Action Man — the British G.I. Joe — and a clown teddy bear coming to life. Those are probably the least strange things that happen.

The Dollmaker: We covered this horror short — about dolls helping people deal with grief — earlier this year.

That’s not counting movies with mannequins. But patience — that’s another list we need to get to. What did we miss?

One thought on “Ten evil dolls”