After my review of Funeral Home, I was hoping that someone else would write about it as part of our Chilling Classics month. Luckily, Becca, the B of B and S About Movies volunteered. She agreed to be interviewed about her feelings on this movie.

Becca: It’s been on for about 40 minutes and no one has any idea what it’s about. Not even the people who are making it. This is really dumb.

Becca: There’s no real story yet. It’s like they just filmed some people who lived in what was a former funeral home and decided to shoot the whole thing day for night.

Sam: What do you think it’s about?

Sam: So a lot of people are getting killed.

Sam: Do you have any idea who the killer is?

Sam: Do you have a better title than that?

Sam: Is there a message in this movie?

Sam: Would you stay in the funeral home?

Becca: No, It’s creepy and little kids don’t like it. And you know, Cubby (our dog) is unnerved by this place. He’s saying to me, “I don’t think dogs are welcome here. And that’s not cool, dogs are people too. We deserve a nice place to stay.” 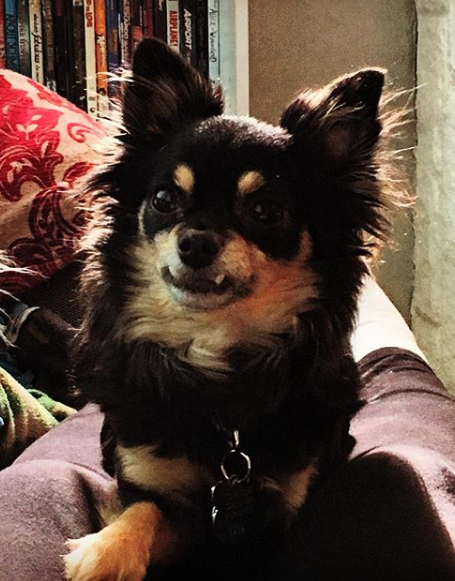 Not a fan of Funeral Home.

Sam: Would you feel safe?

Becca: That goofball cop? No. I don’t feel safe around him.

Sam: So are you enjoying this movie?

Becca: Not at all. Who likes movies like this?

Becca: Of course he does. Nothing happens. It’s his perfect movie.

With that, Becca went upstairs with Cubby to watch Halloween 3, leaving me to finish watching Funeral Home again. I think she made the right decision.