As the second season of Night Gallery goes in two directions — the Serling side growing in dark energy and the Laird side being inane pablum — this episode has three of four stories directed by Jeannot Szwarc, who directed the TV movies Night of Terror, The Devil’s Daughter and You’ll Never See Me Again as well as Bug, Jaws 2, Somewhere In Time and, well, Supergirl and Santa Claus: The Movie. Let’s focus on the good like this episode. 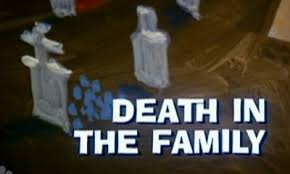 “Death In the Family” was written by Rod Serling from a story by Miriam Allen DeFord. This is one of the segments on this show that could be a whole film. Doran (Desi Arnaz Jr., House of Long Shadows) is a prisoner on the run that hides in the funeral home — and home — of Jared Soames (E.G. Marshall), a man who has a secret of his own. The end of this episode is so perfectly dark and yet filled with love, another wonderful trip to Serling’s imagination.

“The Merciful” is another Jack Laird-written chapter, based on a Charles L. Sweeney Jr. story. A man (King Donovan) is kept away from his wife (Imogene Coca) by a brick wall in another sketch that takes from a classic story is over in minutes.

“Class of ’99” works so well not just because of the tight script by Serling, but also because Vincent Price is able to be so sinister — and perfect — in his role of a teacher instruction the students of tomorrow in the violent ways of the past. Classism and racism are explored as he gives his class a final oral test and finds them all lacking. I just read a site that claims that this segment suffered from Serling’s “heavy-handed moralizing and misanthropic undertones.” That’s why I watch Night Gallery. 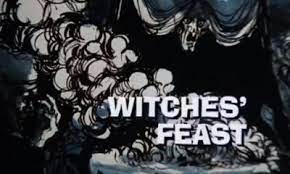 “Witches’ Feast” comes from director Jerrold Freedman and written by Gene Kearney. The cast is fine — Agnes Moorehead, Ruth Buzzi, Fran Ryan and Allison McKay — yet this is the very epitome of pointless, particularly in the same show that had two classic segments by Serling.

This Pop Matters article sums up the issue of Night Gallery so well: “Laird hated Serling’s downbeat, moralistic material. As a populist, he appreciated the clear cut over the complicated. He didn’t mind the dread or the depression, but there had to be a happy ending — or at least a little light at the end of the tunnel — before the final credits rolled.”

Some think Serling would check out by the end of this season. We’ll see.