A dance from Brazil would become the battleground between the two Israeli film impressarios who were once the Go-Go Boys, the men who made Cannon the studio of the future for a very short present, Menahem Golan and Yoram Globus.

The so-called forbidden dance was originally called Carimbó and was a loose and sensual dance where female dancers wore rounded skirts that enabled them to make big spins. A radio station from Belém started to call this new type of music “the strong-beated rhythm” and “the rhythms of lambada” and that’s the name that took off. It means strong slap, which makes sense, as the drums that were used to create the songs were often made out of tree trunks.

That brings us to 1988, as French entrepreneur Olivier Lamotte d’Incamps watched Brazilians dancing the lambada, bought the musical rights to over 400 lambada songs and created a studio band he named Kaoma, whose cover of the Los Kjarkas song “Llorando se fue” sold five million records and even peaked at #46 on the Billboard Hot 100 chart.

Which brings us back to Golan and Globus who had once worked together to bring another dance craze to the screen — back in better days — and made the magnificent double blast of Breakin’ and Breakin’ 2 : Electric Boogaloo.

Globus had planned to made Lambada for some time and was in pre-production when Golan announced that he would make his own movie, The Forbidden Dance.

The Forbidden Dance was written in ten days and fast-tracked all for one reason, which you would think would be to cash in on a craze, but may have just as well been to one-up a former brother in film. Golan revealed an April 6 release for his film — beating Globus by a month — who responded by rushing his movie to be first.

Then Golan used one of Cannon’s biggest weapons against Menahem: he placed an ad in Variety and said that his movie was “the one and only original lambada film.”

Greydon Clark, the director of The Forbidden Dance as well as Without Warning, Joysticks and Uninvited, spoke about the sheer insanity of these films to Vanity Fair, saying “I had no idea how quickly he wanted the picture completed. He had no script, just the idea to do a lambada picture and beat his cousin.”

The battle for first at the box office was a tie. Both movies premiere on March 16, 1990.

The Forbidden Dance: Made by Menahem Golan’s 21st Century Film Corporation — Menahem wasted no time as this was his tenth film at his new studio in a little more than a year — and released by Columbia Pictures, this would be my favorite of the two films, but the race is very close. That’s because this feels pure Cannon in its astounding weirdness, placing Miss USA Laura Harring as Nisa, a Brazilian tribal princess — who speaks Spanish and not Portuguese the actual language most people speak in Brazil — who comes to America with tribal shaman Joa (Sid Haig!) to stop the rainforest from being cut down.

Let’s review that last sentence and just wash in the joy of all that is Menahem Golan making movies.

Aftr Joa goes to jail for using black magic to break into the headquarters of an evil corporation, Nisa ends up becoming a maid for rich people Katherine and Bradley Anderson (she’s played by Shannon Farnon, the voice of Wonder Woman on Super Friends) and their son Jason (Jeff James) just wants to dance. He’s got jerk friends and worse parents, so Nisa runs away and becomes a private dancer, a dancer for money at a dance club/brother named Xtasy.

After one of Jason’s crappy friends tries to get with her — and she knees him in the dick — he tells Jason’s real girlfriend Ashley (Barbra Brighton) all about it and she’s as gross as everyone else in his life, so he mopes around and tries to Taxi Driver save her and nearly gets killed by a bouncer who then plans to assault Nisa before Joa appears and uses magic to save them both.

Now the movie moves into a dance contest story, as Nisa and Jason decide to do lambada and win a chance to appear on TV to discuss the rainforest before Richard Lynch — this movie just went up five stars — kidnaps her and busts Jason’s ankle just before they’re going to get on stage with Kid Creole.

Of course, black magic saves the day again, Nisa’s father shows up and everybody decides to save the rainforest. And do the lambada.

The Forbidden Dance was not allowed to have the world lambada in its title, while it got the rights to use the actual song “Lambada.” Sadly, the sequel Naked Lambada! The Forbidden Dance Continues was never made, despite the ad in Variety saying that it would be.

Best of all, the movie ends with this on screen: This movie is dedicated to the preservation of the rainforest.

Lambada: Set the night on fire! Go all the way!

Kevin Laird (J. Eddie Peck) is a teacher by day and a lambada dancer by night and before all that, he was in a street gang. And when he isn’t dancing by night, he’s also teaching other dancers by night how to earn their GED.

One of his students, Sandy (Melora Hardin) and yes, they took the name Sandy despite Grease seeming to own it forever for all dance craze movies, is in love with him and when she discovers his secret life, she plans to out him.

Meanwhile, Shabba Doo from the aforementioned Breakin’ films plays Kevin’s dance rival Ramone who just needs to learn math and hey — did you know you can use geometry on the pool table?

Anyways, Sandy’s antics end up getting Kevin fired except if he can get his barrio mathletes to defeat the smart kids — the snob subtractors vs. the slob square rooters? — he gets his job back in a contest which makes no sense.

Let me spell this out for you: I came here for a movie about a dance that looks like people are fucking and ended up watching a movie about math. That’s worse than realizing I’m watching a religious movie halfway through something. I don’t watch movies for math! Menahem got that and delivered Richard Lynch, Sid Haig and lots of dry humping.

Joel Silberg also made Breakin’ and Rappin’ for Cannon, so he knew what they were looking for, even if it was a film about angles and fractions. Amazingly, the script came from Sheldon Renan, who made one of the darkest movies I’ve ever seen, The Killing of America. He was also one of the people behind Treasure: In Search of the Golden Horse, which took the idea of Kit Williams’ book Masquerade and had a book and movie — which Renan directed and had Richard Lynch narrate — all about a hidden horse and $500,000 in treasure that was hidden somewhere in the U.S. Paul Hoffman, who designed the actual puzzle under the name Dr. Crypton, also made the treasure map for Romancing the Stone.

Lambada made $4.2 million at the box office and The Forbidden Dance only made $1.8 million. The real losers were all of us, as think of what a united Cannon could have made out of one film.

There’s also another lambada movie from 1990. The Turkish film Lambada was directed by Samim Deger. This clip is all that I can find of it. 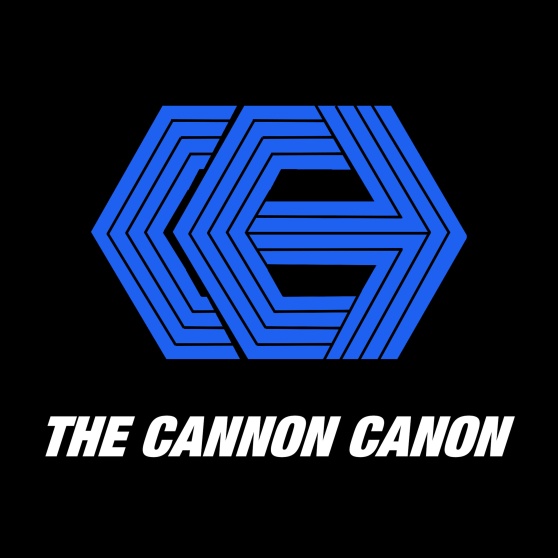 You can listen to The Cannon Canon for more. Check out their The Forbidden Dance and Lambada episodes.