Directed by Luis Mandoki and written by Ted Tally and Alvin Sargent — and based on the book by Glenn Savan — White Palace does something extraordinary for an American movie. It presents an older women as a sexual being every bit the equal of her younger male lover.

Max Baron (James Spader) is a St. Louis advertising executive who has given up on life after the death of his wife. On the way to his friend Neil’s (Jason Alexander) bachelor party, he grabs a sack of burgers from White Castle* — err, White Palace — a burger diner. He learns that the order is six burgers short and leaves the party to argue with the waitress who rang him up, Donna (Susan Sarandon).

Later, they randomly meet in a bar and nearly argue until they mutually reveal why their lives are where they are: he’s lost his wife and she’s lost her son. And then improbably, they end up going home together. He wakes up to her going down on him, then they make love. It won’t be the last time. And unlike so many Hollywood films, he repays her kindness with his own favors.

There was even more of the ad agency in the film, including a problem client played by Gena Gershon. All of these scenes were cut, which also meant that most of Kathy Bates’ role was also left out of the movie.

There’s also a sex scene removed from the film and the first one in the movie was cut down so the movie didn’t get an NC-17 rating. Additionally, the original ending was the same as the book where Max proposes to Nora in a restaurant bathroom and the ending is inconclusive. That ending didn’t test well so a new one was shot. You can see the actor’s hairstyles change in the scene and that’s your signal for which footage is from the reshoot.

*The original title for the film was The White Castle, and the novel even makes reference to a specific White Castle at the intersection of S. Grand Blvd. and Gravois Ave. in south St. Louis. The restaurant chain refused permission to use its trademarked name in either the novel or the film. They also refused permission to allow any of its restaurants for filming locations. The diner used in the movie is now known as the White Knight; the filmmakers wouldn’t let them call it the White Palace after the movie, which is weird when they went through all those legal naming issues themselves. 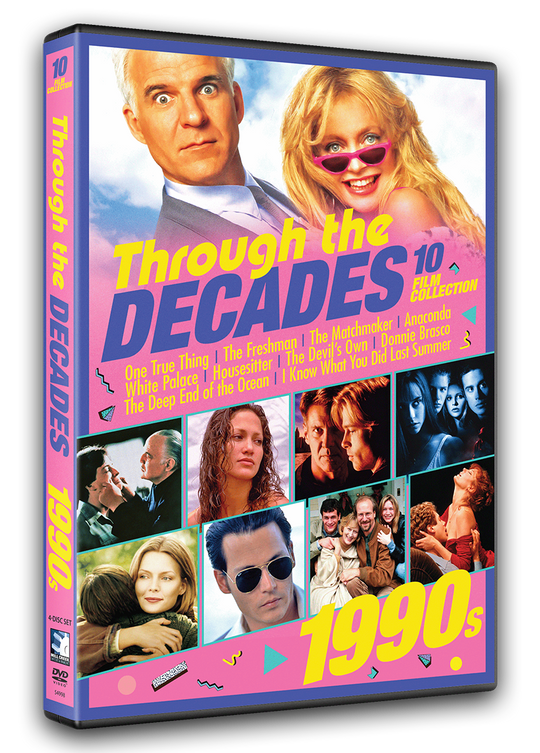 Mill Creek’s Through the Decades: 1990s Collection has some great movies for a great price like Housesitter, One True Thing, Donnie Brasco, The Devil’s Own, The Matchmaker, Anaconda, I Know What You Did Last Summer, The Freshman and The Deep End of the Ocean. You can get it from Deep Discount.