EDITOR’S NOTE: This originally appeared on February 1, 2019 but if anything, I somehow am obsessed with this movie even more now than then.

I love Hercules movies. From the Steve Reeves Hercules to the Bava helmed Hercules in the Haunted World, some of the most entertaining films I’ve watched have been about the adventures of the son of Zeus and Alcmene. I’ve probably already related how much I love the movies of Luigi Cozzi, too. From Starcrash to Contamination, his movies never let you down. They’re ridiculous spectacles, packed with stop animation, bombastic scores and increasingly insane plots. I feel bad for anyone who dislikes either Hercules or Cozzi movies. And woe be to anyone who dislikes this one!

Following the success of Conan the Barbarian, this was an opportunity for the Italian film industry to return to the peblum sword and sorcery films that they once did so well decades before.

Originally announced to be directed by Bruno Mattei from a Claudio Fragrasso script (it was shot at the same time as Seven Magnificent Gladiators, which does boast the talents of both), Hercules stars Lou Ferrigno from TV’s The Incredible Hulk.

You have to respect any movie that doesn’t start with people and instead is all about Pandora’s Jar. That’s right — it wasn’t a box. It was made up of all the elements — night, day, matter and air — which aren’t really elements. It blew up and made the planets. Look — if you’re going to start questioning logic, there’s no way you’re going to enjoy this movie.

Pandora’s Jar led to the creation of Earth, but it also led to evil being set loose to have its way on the world. So Zeus decides to create a symbol of goodness in his son Hercules. By the way, instead of living on Mt. Olympus, the Pantheon lives on the moon and are played by some of the heavy hitters of Italian cinema: Rossana Podesta as Hera, Delia Boccardo as Athena, Eva Robin’s as Dedalos and Claudio Cassinelli as Zeus himself!

Much like Moses, baby Hercules’ parents are murdered and he’s sent on a raft to safety. Unlike Moses, lil’ Herc kills two snakes with his bare hands. And then he’s raised in a simple village, where things are pretty simple until a bear kills his father. Hercules responds by throwing the bear into space and turning it into stars. I can’t do this scene any justice. You just have to see it for yourself.

Hercules ends up in conflict with King Minos (William Berger, who was in seven Jess Franco movies) and Ariadne (Sybil Danning!), who force him to do things like clean up horse stables. Our hero also falls in love with Cassiopeia while battling the mechanical monsters that Minos has under his command.

Hercules ends up getting help from Circe, a witch who is played by Mirella D’Angelo from Tenebre. She’s way more interesting and attractive than Cassiopeia, but she’s also a witch and therefore, doomed to fall in love with the big lug and die as a result. Oh yeah — Bobby Rhodes shows up as Xenodama, the King of Africa!

At the end of it all, Hercules must rescue his love from the fires of the Phoenix, as well as a clockwork centaur. He then doesn’t believe that she is Cassiopeia. He asks if she is Ariadne or Circe playing a trick. She responds that she is all of and none of those women and they embrace, with their silhouettes being framed against the heavens.

There are so many moments in this movie that are going to make you feel like you’re on drugs, like every time Hercules punches things lighting comes out of his hands. But man, there is so much awesome in here, like the whole ride across the river Styx, every single monster, the sets and the outfits that the ladies wear. This is a movie made for entertainment and shutting off your brain. It does its job very well. 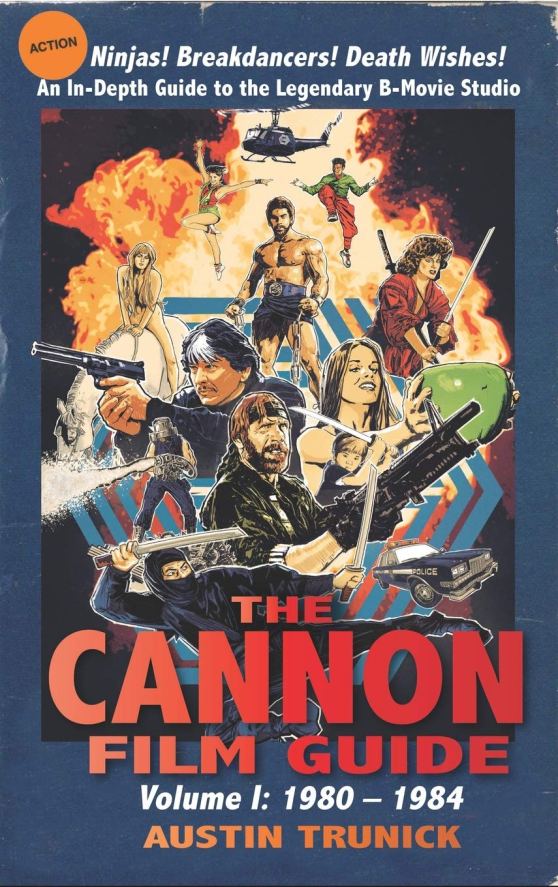 For more info on all things Hercules in the universe of Cannon, get Austin Trunick’s The Cannon Film Guide Volume 1: 1980-1984.

Check out The Cannon Canon episode about this movie here.