Shot as Panga by director Sean Barton (who only directed this one movie, but has edited many more) on location in South Africa in 1989, this film was added to the Curse series of films. None of these movies are connected and you know, that’s kind of how we like it. You can call it Witchcraft, Blood Sacrifice or Curse III: Panga, if you’d like. 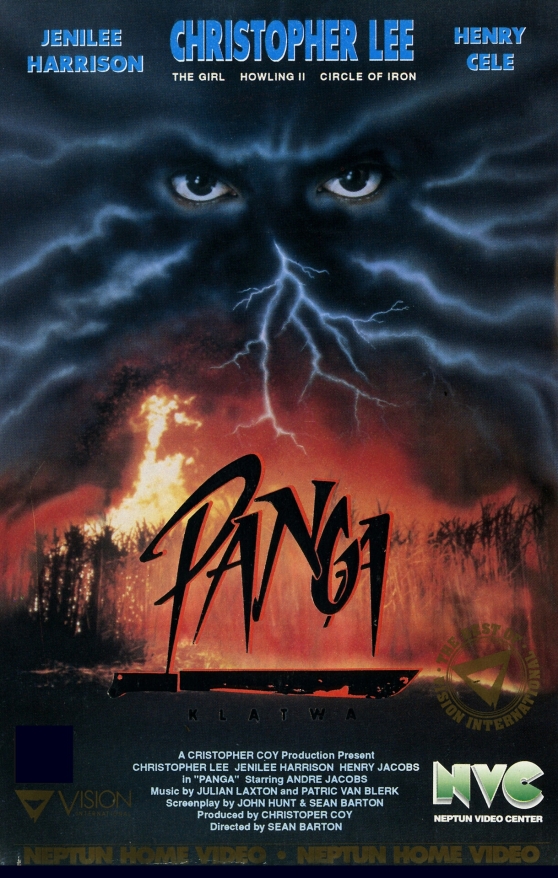 Geoff Armstrong (Andre Jacobs) and his wife Elizabeth (Jenilee Harrison, Cindy Snow from Three’s Company and Jamie Ewing Barnes on Dallas) are running a large sugar plantation in East Africa. Things go wrong when the sacrifice of a goat by the locals get interrupted and a witch doctor calls a demon from the sea that kills everyone in the Armstrong family except Elizabeth.

Elizabeth gets help from Dr. Pearson (Christopher Lee) and to break the curse she must lure the witch doctor into the sugar cane fields and set him on fire. Seems like a good plan, I guess.

The fish man is designed by The Fly special FX artist Chris Walas, so this has that going for it. It’s not really all that exciting, nor is at as devoted to being entertaining weirdness like the first two films in the Curse non-series.