I have no idea who this section 1 video nasty was made for. It presents a world in which all of Europe feels stretched across ten city blocks, where German soldiers have Southern redneck accents and Dr. Ellen Kratsch (Macha Magall, Private House of the SS, The Daughter of Emanuelle) believes that her creation — the titular beast (Salvatore Baccaro, who used the amazing stage name of Boris Lugosi in Frankenstein’s Castle of Freaks; his IMDB acting roles are often things like “Neanderthal Man” and “Neanderthal Prisoner” and “Lupo cattivo” which means “Bad Wolf”) — can help her move upward in the German army hierarchy by assaulting female prisoners one at a time and being dosed on large quantities of Germanic Spanish Fly.

I’m not saying it’s a good plan. It’s a plan. It’s just…I have no idea how it’s scaled for success. 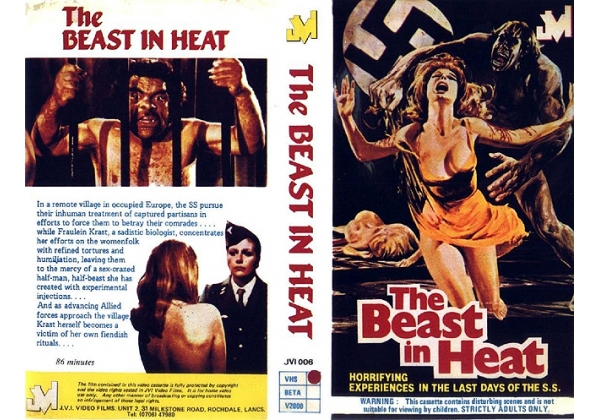 Also known as SS Hell Camp, SS Experiment Part 2 and Horrifying Experiments of SS Last Days, this is a movie that knows that it doesn’t have much to offer the world in terms of art, so it piles on the mayhem, like people’s fingernails being ripped clean off and a monster that seems to subsist on a diet of pubic hair.

Director Luigi Batzella started his career directing The Devil’s Wedding Night alongside one of our site’s patron saints, Joe D’Amato. He also made Nude for Satan, Kaput Lager – Gli ultimi giorni delle SS (Achtung! The Desert Tigers) and Strategia per una missione di morte. He directed this movie under the name Ivan Kathansky, which suggests the menace of Russia telling us of the doings of the last war, I guess.

Using war scenes cut from Batzella’s 1970 film Quando suona la campana (When the Bell Tolls), the lone American on hand is Brad Harris as the priest who everyone wants to either make love to or kill, but he’s too busy trying to ask God what to do. I mean, your enemies do stuff like throw babies in the air and machine-gun them as well as place rats on a woman’s stomach and then have a metal chamber heated so the rats eat through their victim. But by all means, ask God what the right thing is to do.

Unlike most of the video nasties that concentrate on sadistic sex, this one didn’t upset me because it’s just so patently ridiculous, so clumsily made and, well, so driven to entertain you by any means possible and necessary. 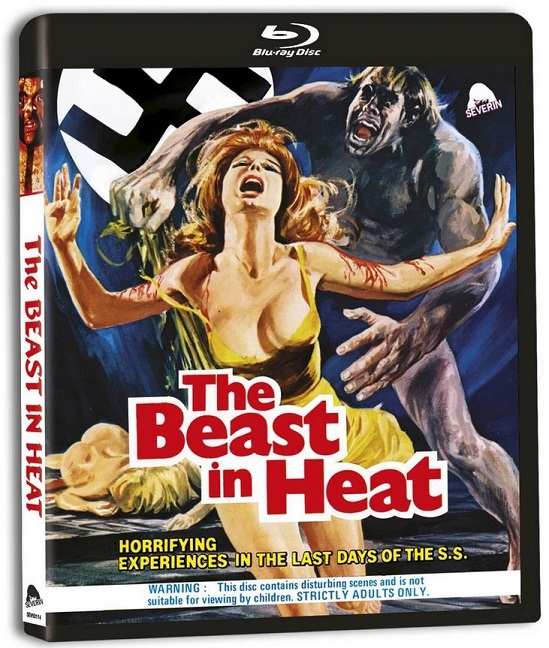