John Travolta…By an Unusual Fate* is the translation of this title, but you may also have heard it called The Face with Two Left Feet. It was written and directed by Neri Parenti, whose main claim to fame is making cinepanettoni, which are comedy films that are screened during the Christmas season.

He was joined by Massimo Franciosa (Spasmo, The Four Days of Naples) and Giovanni Simonelli, who in addition to directing the “Fulci presents” movie Hansel e Gretel wrote Special Mission Lady Chaplin, Any Gun Can Play, Have a Good Funeral, My Friend… Sartana Will Pay, Seven Dead in the Cat’s Eye, The Ark of the Sun God, Jungle Raiders and Cat in the Brain.

And on what a tale these men are ready to spin, as a hotel worker named Gianni uses his Travolta-esque face to woo a disco queen played by Ilona Staller, the woman who one day soon would become not only adult star Cicciolina, but also a member of Italian Parliament and an international woman of interest.

Another sex symbol, Sonia Viviani, appears in this as well. She was thought to look like Princess Caroline of Monaco, which lead to appearances in the foreign editions of Playboy and Penthouse as well as roles in Nightmare City, The Blood Stained Shadow, The Return of the Exorcist, Bruno Mattei’s Women’s Camp 119 and Luigi Cozzi’s The Adventures of Hercules.

Not many people — well, Jesus and Bruce Lee — get their own exploitation category. Somehow, a few years into his career, John Travolta joined that group of very special people. Even the disco in this movie is called John’s Fever.

Those that love Italian movie music will be overjoyed to discover that the song “Baby I Love You” is by Italian disco pioneer Giancarlo Meo with Claudio Simonetti from Goblin under the name Easy Going, which was named after a gay disco. They had a song called “Fear,” which was about a man wanting to commit a crime so people would stop thinking he was a homosexual, as well as songs called “Little Fairy” and “Gay Time Latin Lover.” 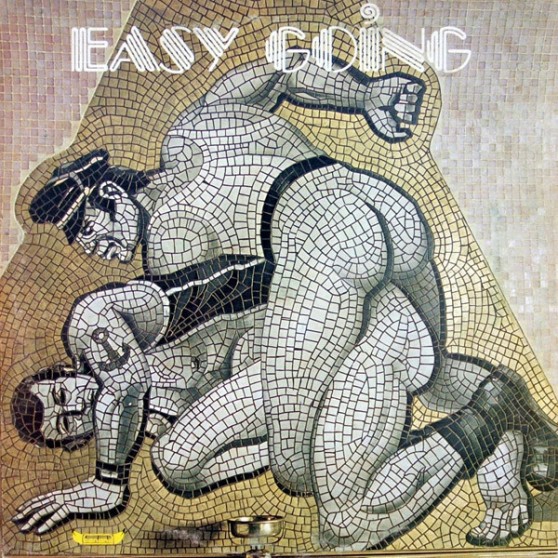 The cover of their first album was an actual photo of the Easy Going club dancefloor.

There’s also a song called “Go Away” by Linda Lee, who is also Rossana Barbieri and appears on the soundtracks of Zombi, Inferno and The Psychic.

*This is a reference to the film Swept Away. Not the Madonna remake, FYI. It also has the title The Lonely Destiny of John Travolto.