They might say that this was directed by Roy Garrett, but that’s really the Americanized name for Mario Gariazzo, who directed Enter the Devil, AKA The Sexorcist, AKA The Eerie Midnight Horror Show, which is perhaps the scummiest of all Italian sexualized ripoffs of The Exorcist (and also the most awesome). He also made Play Motel, which is a giallo complete with hardcore inserts.

If you’re reading this and suddenly got a little flush, you’re my kind of people. I feel the same way about as I am about to watch Gariazzo make the first of two Close Encounters of the Third Kind cash-in films that he’d direct in 1978 (the other is Very Close Encounters of the Fourth Kind, in which three nerds dress up like bondage-loving aliens to get their astronomy teacher into bed.

Peter Collins (Franco Garofalo, The Return of the Exorcist) is a photographer who cuts a session short with model Karin Hale (Sherry Buchanan, who was Emanuelle in Emanuelle and Joanna and is also in The Last House on the Beach, Dr. Butcher M.D. and played Belle Starr in Escape from Galaxy 3) after they both start to feel like they were being watched. When he develops the photos, he discovers evidence of alien creatures, which puts them both into a nascent X-Files conspiracy plot.

This being an Italian film, you need some more star power, so Monica Stiles is played by Nathalie Delon (A Whisper In the Dark, Bluebeard; she was considered one of the most beautiful women in the world at one point and dated Richard Burton and Eddie Fisher after both divorced Elizabeth Taylor, which is pretty odd when you think about it), Robert Hoffman (Naked Girl Killed in the Park, Death Carries a Cane) is in this as Tony Harris and Martin Balsam appears as Inspector Jim Grant. And The Silencers, a government organization, soon are on his trail, led by Sergio Rossi, who was the narrator of Africa Blood and Guts, who has Mario Novelli (the engineer from Beyond the Door III/Amok Train and Tango from Fulci’s Warriors of the Year 2072) and George Ardisson (Theseus from Hercules In the Haunted World) under his command. 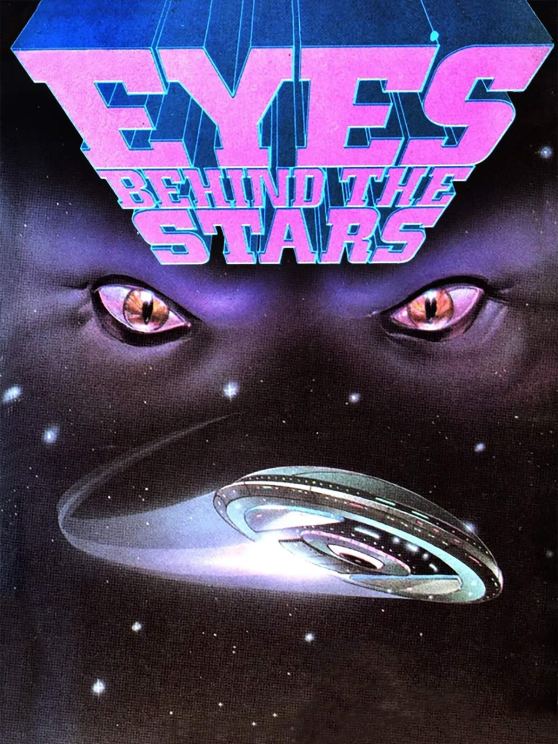 The poster and giallo sounding title of this movie have always placed it on my watchlist and that’s why I love Mill Creek month. It’s an opportunity to finally get to watch movies that I keep saying, “I need to get to that” and then for some reason always overlook.

It has aliens that wear full-body suits with mylar faces and the cleanest space ship you’ve ever seen and the ability to blind dogs, as well as Hoffman and Stiles pretty much playing Mulder and Scully* 15 years before the show even existed while also ripping off Gerry Anderson’s UFO, a soundtrack of drones and buzzes, plenty of alien point of view shots and a movie that switches protagonists midway through, which is ironic when you consider that Martin Balsam is in this.**

This movie has more twists and turns than any giallo and isn’t afraid to change gears quickly, going from alien movie to conspiracy tale to bringing in psychic and then remembering that it was made in the 1970’s and the rule that all seventies science fiction must have a downer ending.

Plenty of the reviews that I’ve read for this movie hate it. Perhaps they haven’t watched hundreds of Italian genre cinema and want everything to be paced normally and make sense. For those of you who have given up on movies that are sane and are thrilled by warming up leftovers from another era that don’t always taste as good as they once did, you’re going to really love this one.

Everybody smokes. Everybody punches one another in the face. The aliens are barely in it. The soundtrack is atonal and annoying. These are things that would chase off the hardiest of film watchers. To me, it’s the bread and butter that I dip into the sauce after devouring the cinematic pasta.

To make things that much better, it ends with a “this really happened” title card. I didn’t know I could be so happy.

You can watch this on Amazon Prime and Tubi.

*Ardisson is pretty much playing the Cigarette Smoking Man, when you come to think of it.

**Sometimes when you explain the joke it is no longer funny. However, for the non-watchers of ten movies a day, this is the exact same thing that happens in the movie that Balsam is best known for, Alfred Hitchcock’s Psycho.