About the Author: Paul Andolina loves movies with wrestlers more than anyone else ever. Who better to write about these movies during wrestling week? If you like what you read, visit his sites Wrestling with Film and Is the Dad Alive?

Vampiro Guerrero de la Noche was at one point my most sought after title to own. I bought a VHS of it a few years back but have since sold it after acquiring it on a double feature DVD with Luchadores de las Estrellas. That double feature was hard to come by but one day it showed up on Ebay and I finally snagged it. I had bought it prior but the company I bought it from on Ebay actually didn’t have it in stock. I was heartbroken. I speak almost no Spanish but can read it at an okay level but there were no subtitles on the DVD so my commentary should be taken with a heavy dose of salt.

This movie was released in 1993 at the height of the Vampiro Casanova craze overtaking Consejo Mundial de Lucha Libre (CMLL) and stars Vampiro as himself who gets kidnapped by some bad guy played by Sergio Bustamante who has a metal hand and two women dressed like goths. The bad dude’s metal hand has some odd powers and makes Vampiro pass out during a match he is in. Also in the match are Black Magic aka Norman Smiley from WCW, Pierroth Jr., The Love Machine Art Barr, and Pirata Morgan. 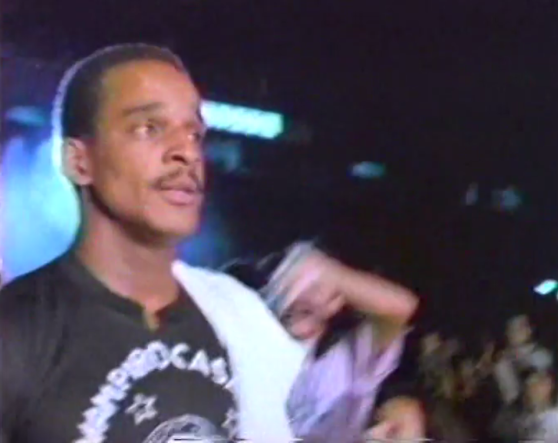 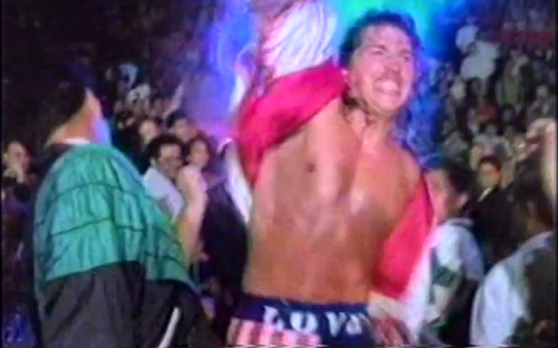 Larossa is a luchadora from outer space, I think, that is accompanied by Mascota which means pet in Spanish, Mascota looks like a mix between a bear and monkey and talks like R2-D2 on speed. They are the ones sent to rescue Vampiro.

I could not tell if Pierroth Jr. was a bad guy in the movie or not but he has a motorcycle gang full of other enmascarados I could not identify. If you know if they are actual wrestlers or are just random actors in masks please let me know. A large part of the movie is Larossa bebopping around while Vampiro lays incapacitated in a bed being cradled by the goth ladies. I like this movie, I have no idea what happens plot wise but it’s got so much charm, from the musical score, to the luchadores and luchadoras in the movie, to the awesome Mascota, there is so much to love. I guess this movie is a sequel of sorts to Luchadores de las Estrellas which I will now have to watch. Larossa is also in that film along with Tyler Mane, the same Tyler Mane that was not only Sabretooth in X-Men but also played Michael Myers in the two Halloween films that Rob Zombie made. 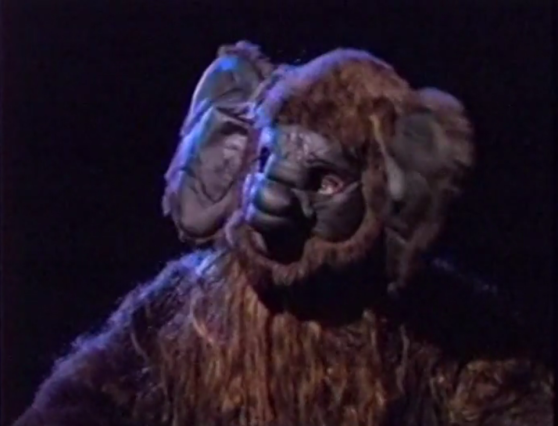 Unfortunately this movie is cut, it’s supposed to be 90 minutes but a whopping 16 minutes is missing from the release. I think even the VHS release was cut. If you are like me and are obsessed with movies that star wrestlers you will find a lot to love about this film. I think for most folks though it has no novelty apart from being a silly sci-fi affair.