Also known as Gates of Hell Part II: Dead Awakening — while having nothing to do with Lucio Fulci’s City of the Living Dead, which was released in the U.S. with that title — is at least dedicated to the Italian director who is referred to as the Godfather of Gore.

This is the lone directorial effort from G.D. Marcum, who worked on the camera crew for films like the SOV cyberpunk-inspired Interface and the Fred Williamson movies South Beach, Steele’s Law, Thee Days to a Kill and Night Vision.

After some mysterious disappearances in Fort Worth, Texas, Sandra Curtis — the sister of one of the victims — hires Nick Berkley to find her lost sibling. They soon learn that a cult that worships Moloch — so they’re going to Bohemian Grove? — is behind everything and that there’s an amulet that can stop them. Also — a cat gets killed and put inside Sandra’s refrigerator at one point.

Tamara Hext, who played Sandra, also appeared in the TV movie Frequent Flyer and was on Dallas for one episode. She was Miss Texas and the fourth runner up to the 1985 Miss America pageant. Since Texas is pretty much the pageant capital of the world, she had to have been pretty tough. She’s also the mother of Colorado Rockies outfielder Sam Hilliard.

There’s plenty of cool artwork for this movie, but I love that some of the VHS boxes ripped off the artwork from Funeral Home. 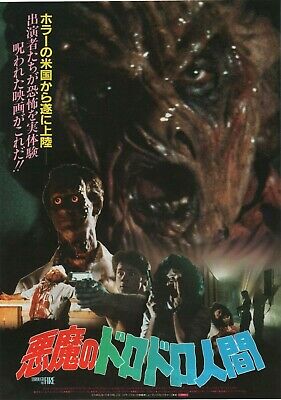 You can watch this for free on Tubi and Amazon Prime.