We haven’t had a Friday the 13th movie for more than a decade. Then again, if 2009’s glossy Marcus Nispel-directed Friday the 13th reboot is any indication of the kind of films we’d be suffering through, perhaps it’s not such a bad thing that the lawsuit between Horror Inc. and the Manny Company versus Victor Miller has dragged on.

Jason’s been everywhere, from Crystal Lake to Manhattan, Elm Street and outer space. Yet there are some places that filmmakers had planned to take him that he never got to. Here are just a few of them. 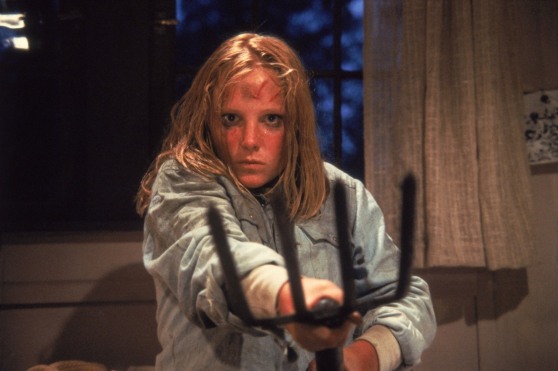 Jason in an insane asylum: Ginny Field (Amy Steel) may have been the final girl in the first film, but when she opted to no return for the sequel, she was killed off right at the start of the second movie. I have no idea why they’d ask her back for this planned third take on the Jason mythos, where Jason would hunt her down as she rested in a psychiatric hospital. Seeing as how Halloween 2 had a very similar slasher in a hospital scenario just a year before, perhaps it’s a good thing that this was never made. 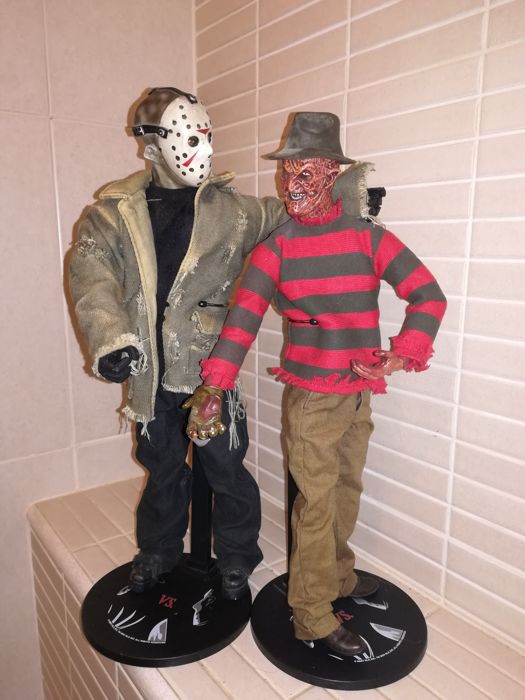 A bonkers take on Freddy vs. Jason: Friday the 13th Part VI: Jason Lives writer/director Tommy McLoughlin pitched an idea for this major crossover that would have never had the two characters even in the film. Instead, they would have existed solely in the heads of two mental patients. I can only imagine how upset audiences would have been with this film. McLoughlin also pitched a Cheech and Chong crossover at Crystal Lake that never happened, either. 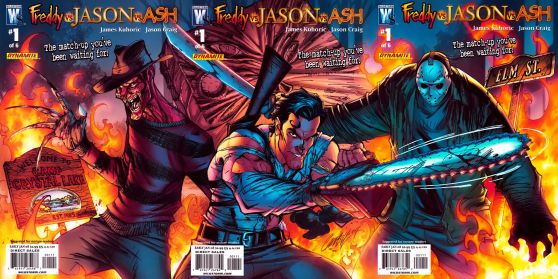 Freddy vs. Jason vs. ?: After the success of Freddy vs. Jason — which for some reason surprised Hollywood — there were sequels planned with Ash from Evil Dead, Pinhead from Hellraiser and Michael Myers from Halloween. Seeing as how any time multiple studios work together things never happen, the fact that these movies never happened makes total sense. It’s still a shame, particularly today when so many of these licenses remain somewhat dormant.

Not Jason, Tommy: After the death of Jason in Friday the 13th: The Final Chapter, Paramount wanted to live up to their stipulations that Jason wasn’t coming back. That’s why part 5 has Roy Burns as the killer. Seeing as how man fans loved that — not at all, thank you very much — they would have hated the planned follow-up, where Tommy Jarvis would have donned the mask and spent the entire movie hunting his girlfriend Pam.

Certainly, one of these sequels to the 2009 reboot will be made: In the months and years after this relaunch, there were all manner of planned follow-ups, including Jason killing people in the winter (which had the unwieldy title of Friday the 13th: Camp Blood – The Death of Jason Voorhees), a found footage version that would answer why Jason can’t be killed, a TV series where Jason was real and filmmakers had exploited the legend that would explore the teens that grew up there (think Riverdale with machetes, I guess). There was even a pitch that would follow Jason’s childhood and how his mental connection with his mother led to him guiding her in the first film before he came back to life to get revenge for her death.

Another reboot?: A Friday the 13th movie almost made it to the big screen on October 13, 2017. However, Paramount pulled it from the schedule and replaced it with Darren Aronofksy’s mother!, which hardly seems fair. Platinum Dunes was set to produce and Breck Eisner (Sahara and the remake of The Crazies) was scheduled to direct before the plug got pulled. Producer Brad Fuller teased in interviews that this movie would have a new origin story for Jason before later claiming that the film would be an alternate reality version of the mythos. There were even rumors that the movie would start with a sack wearing killer offing teens, only to be revealed as Jason’s father Elias Vorhees. Aaron Guzikowski (Prisoners) worked on the script, casting had been started and then…that was that. One rumor was that the movie was canceled because of the poor box office for Rings.

Even the game has canceled DLC: The Friday the 13th video game looked to mark a celebration of the movies, even if they weren’t in theaters, bringing together many of the film’s creators to make something new. IllFonic were originally working on a game called Slasher Vol. 1: Summer Camp, which was set in Camp Forest Green, before Sean Cunningham met with them and the game became an official Friday the 13th licensed product. Harry Manfredini composed new music, Tom Savini designed new kills and Kane Hodder did the motion capture for Jason. Even several of the actors in the films, like Thom Mathews (Tommy Jarvis) and Larry Zerner (Sheldon “Shelly” Finkelstein) appeared.

There were even collectible tapes in the game that added to the universe of the films. The Pamela Voorhees Tapes were written by Tom McLoughlin and the Tommy Jarvis Tapes by Adam Green (Hatchet) tie Tommy to A Nightmare On Elm Street, Halloween, Behind The Mask: The Rise Of Leslie Vernon, Hatchet and Shocker.

Sadly, the lawsuit kept constant DLC from adding to the game, including the cyborg Jason, a map for the spaceship Grendel and more kills. That said, Black Tower took over as the developers of the game and a Switch version, Friday the 13th: The Game Ultimate Slasher Edition, was released in August of 2019. 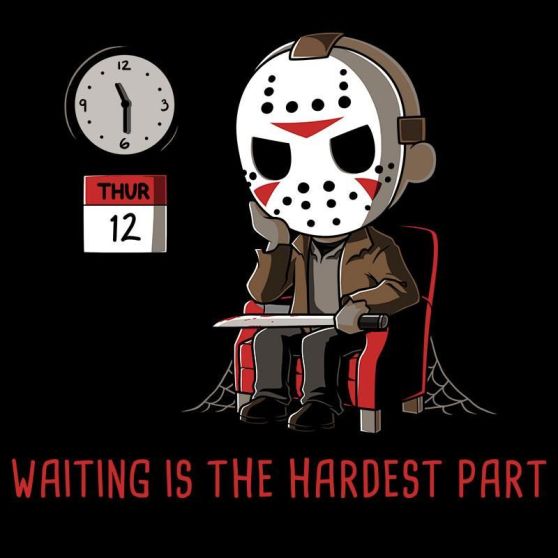 Forty years later: 2020 will be the 40th anniversary of this slasher series, with two dates on the calendar — Friday, March 13 and Friday, November 13 — perfect for a new film. Here’s hoping that it finally happens, but seeing as how nothing has started filming yet, the chances look about as good as a fat camp kid at Crystal Lake.

Did we miss anything? Get something wrong? How would you remake these films? Let us know in the comments!

Want to learn more about Friday the 13th? Check out our multi-part review of the entire series and more:

We’ve also written articles on Unmasked Part 25, a quasi-sequel to the films, and various Jason characters in pro wrestling.