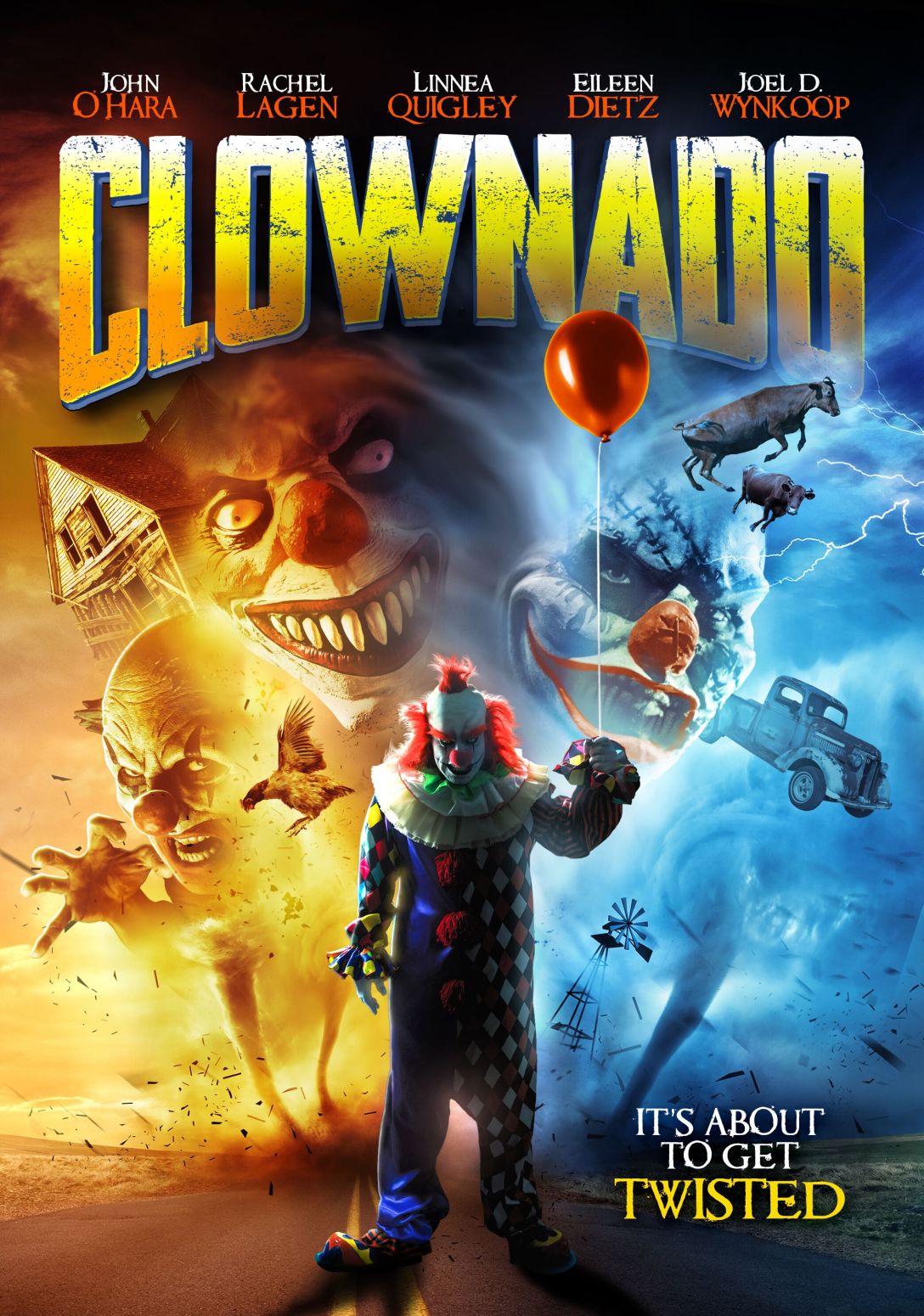 There are times in Clownado that — thanks to the patois used by some of the characters, something I can only think is a gangster Kansas City accent — that I thought it was taking place in the 1930’s, not 2019. That said, the modern cars clued me in that this was no period piece.

A gang of circus clowns get cursed and decide to get their vengeance using a tornado, which brings a stripper, a teenage runaway, a black Elvis and an average guy into their vortex.

This movie was written and directed by Todd Sheets, who directed part of the movie Hi-Death that we covered some time back, as well as Dreaming Purple Neon and Bonehill Road.

Probably the selling point of this film for most folks would be the Linnea Quigley cameo. She plays Spider, the owner of a strip club that unites our main characters. Supposedly, this is the exact same character that she played in Sorority Babes in the Slimeball Bowl-O-Rama.

And if you know anything of 1970’s adult movies, Autumn Moonspell is played by Jeanne Silver, who was once better known as “Long” Jean Silver. Eileen Dietz, who was the face of the demon in The Exorcist, also is in this.

Not since Mausoleum has a movie had such killer breasts. There’s plenty of gore to be had, but other than a great poster, fun cameos and the name, there’s not much to enjoy here.

Clownado is now available on DVD and streaming.

DISCLAIMER: We were sent this movie by its PR team and that has no bearing on our review.