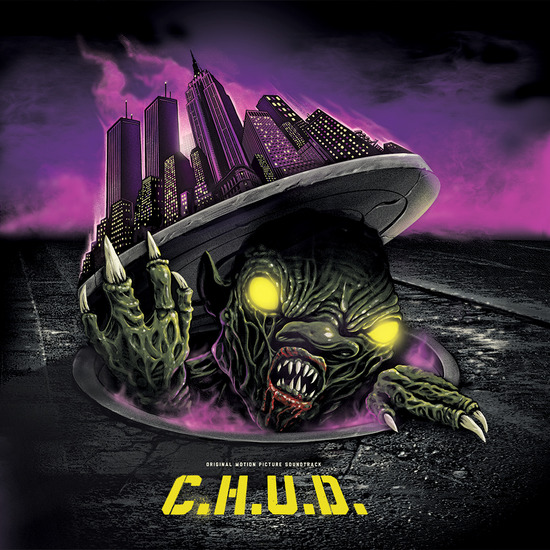 On April 1, 2011, the Criterion Collection announced that it was releasing a special-edition DVD and Blu-ray Disc of this movie. It was just a joke to them but then Arrow Video did exactly that in 2016. Short for Cannibalistic Humanoid Underground Dweller (there is also a scene where some crates say Contamination Hazard Urban Disposal), this is a film that went from failure to video and cable success. In fact, the beginning of Jordan Peele’s Us directly references this movie with its VHS box clearly visible.

While they don’t share any screen time, C.H.U.D.‘s two main actors, John Heard and Daniel Stern, would later go on to play roles in the Home Alone films. Here, they are battling human beings who have been transformed by toxic waste into cannibals that target New York City’s homeless population.

C.H.U.D. also stars Kim Greist in her first movie role. She’d go on to be a star of plenty of cult 80’s movies, like the angel in Brazil and William Petersen’s wife in Michael Mann’s Manhunter. This is the kind of movie where you can spot talent left and right, like John Goodman and Jay Thomas (who acted on TV’s Mork and Mindy and had a radio show on Howard Stern’s channel until his untimely passing) as cops.

This is also a movie that has led to better memories than it really is, thanks to its incredible name and great poster art. It’s not bad, but it’s talky and boring in parts. What you really want the movie to be about is the battle against the C.H.U.D.s, not folks discussing their relationships. Plus, the main creatures rarely show up, often only being hands.

You can watch this on Shudder with and without commentary from Joe Bob Briggs.