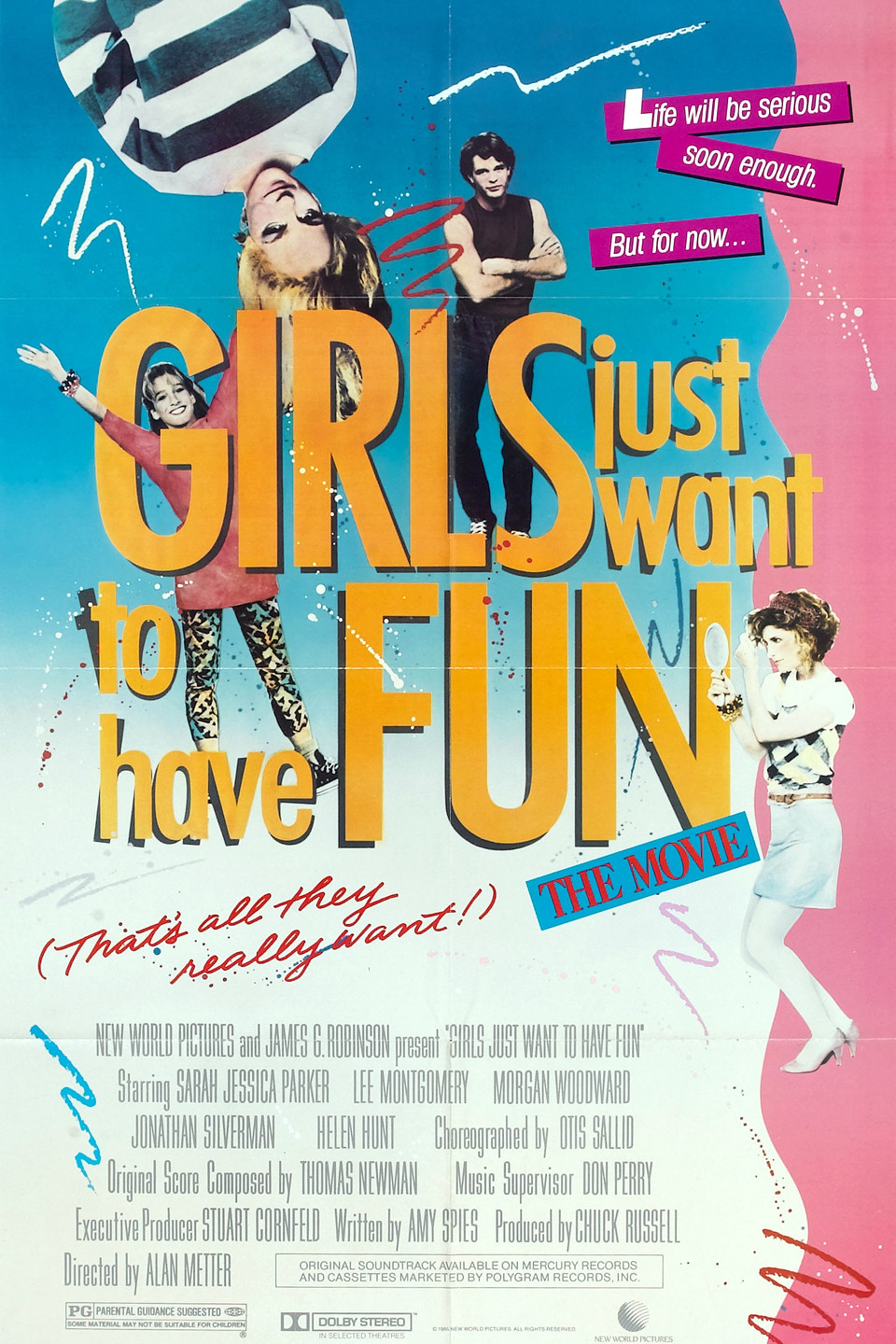 Girls Just Want to Have Fun is named for the Cyndi Lauper song, but it doesn’t even have the original song in the movie. If that fact upsets you, perhaps this isn’t the film for you.

What it does have is plenty of star power before they were famous. Sarah Jessica Parker, Helen Hunt and Shannen Doherty appear here way before anyone knew who they were. It’s a fun little bit of fluff all about Parker’s character getting to be on the show Dance TV.

Parker’s dance partner for the show is played by Lee Montgomery, who is practically royalty around these parts. After all, he played the kid in Burnt Offerings, the rat loving Ben in the movie of the same name, the undead Bobby in the TV movie Dead of Night and he also stars in the fantastic TV movie musical The Midnight Hour.

I love how completely off the wall Helen Hunt’s outfits are here. There’s also an astounding scene where punk rockers and bodybuilders infiltrate a sweet sixteen party that had me laughing out loud.

This is a movie that knows how to cast people. Parker’s rival’s dad is played by Morgan Woodward who played the frightening Boss Godfrey in Cool Hand Luke. There’s a lot of suggestion here that he’s in love with his daughter in all of the wrong ways. Or maybe it’s just that she treats him like a sugar daddy. Oh yeah — Parker’s dad is played by Ed Lauter of Death Wish 3 and so many more films!

One of the actors in the film, Terry McGovern, has a pretty interesting career. He invented the term Wookie while filming THX-1138 with George Lucas. He was the voice of Launchpad McQuack and was also Dan Stevens, the fake announcer for the NFL2K series of games.

When it comes to the kids dancing, there are even more people who would go on to greatness. One of the dancers is Robin Antin, who was the creative force behind the Pussycat Dolls as well as a noted choreographer. Plus, other dancers are noted film programmer Bruce Goldstein and Gina Gershon.

Hank Azaria has an uncredited role here and so does Cyndi Lauper, which kind of makes me laugh that she’s in the movie and her song isn’t.

The final dance-off is astounding, with the evil girl doing dives off the set. I think more movies should have a final dance-off. It makes it way more interesting. Now I have to go think of how to work them into other films.