We’ve done retrospectives on the films of Lucio Fulci, Mario Bava and Sergio Martino, but now it’s time to go stateside and concentrate on perhaps the finest horror and exploitation film auteur that America ever produced, Larry Cohen.

Cohen was born in Manhattan but raised in the Bronx, where he became a film buff, loving double features of hard-boiled gangster flicks and film noir movies. He started in career at NBC in the 1950’s before writing episodes of The Defenders and The Fugitive. After working on several other shows, he developed his own series, The Invaders.

By the 1970’s, he was still writing for shows like Columbo, but had started to make his own films. Starting with Bone and taking advantage of the blacksploitation trend with Black Caesar and Hell Up In Harlem, Cohen would finally settle into the horror genre for much of the 70’s and 80’s. Afterward, many of Cohen’s credits were for screenplays, such as Maniac Cop, Phone Booth and Cellular.

There’s nothing quite like a Larry Cohen movie. His characters have their own way of talking, action happens pretty much non-stop and even the most outlandish of concepts have a very human heart.

Keep in mind these movies are ranked in no particular order. If your favorite isn’t on the list, tell me why it should be! I’m always interested in what others think.

1. Bone (1972): Despite this being Cohen’s first feature, it’s one filled with explosive menace and unflappable confidence in equal measure, helped by Yaphet Kotto’s incredible acting abilities. A rich couple who is anything but rich comes into conflict with a man who is a literal force of nature and everyone must confront who and what they are.

2. Black Ceasar (1973): Originally written for Sammy Davis Jr., this remake of 1931’s Little Caesar — a film that Cohen probably saw in the theater as a kid — tells the story of Tommy Gibbs (Fred Williamson) rising up from a kid who gets beat by the police to the head of Harlem’s black crime families, complete with a soundtrack by James Brown. It would be followed later that same year with Hell Up In Harlem.

3. It’s Alive (1974): Dumped into theaters and nearly forgotten, Cohen was able to convince a new team of executives at Warner Brothers three years after this film’s original release to bring it back. They did and it was a smash. If you have any fear of starting a family, this tale of monster children is not the one to watch, nor are any of the sequels.

4. God Told Me To (1976): Pre-millennial tension. Serial killer mania. Religious fervor. Ancient astronauts. And a police procedural. No one does high concept better than Cohen, here creating the tale of multiple murders with one connection: every killer says that “God told me to.” 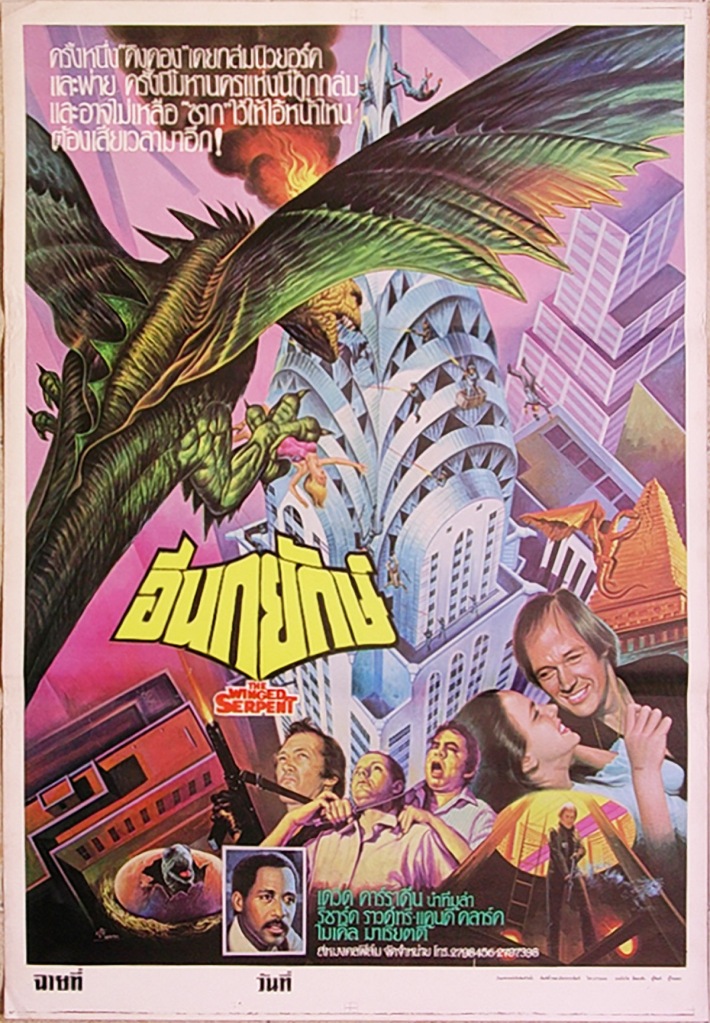 5. Q (1982): A winged serpent god and Aztecs cults that worship her are set loose in New York City, all while Michael Moriarty robs banks, plays jazz and pisses all over the days of cops David Carradine and Richard Roundtree. Within the first two minutes of this one, a window washer has been beheaded and another man skinned alive. It doesn’t slow down from them. 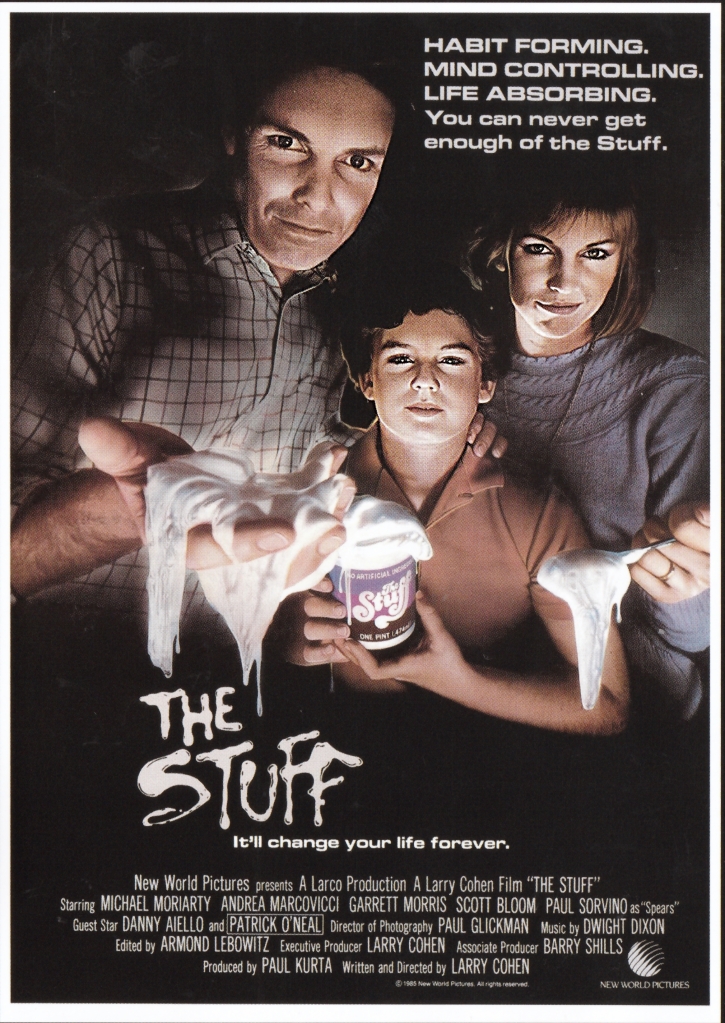 6. The Stuff (1985): The ultimate in Cohen’s high concepts: there’s a dessert that doesn’t get you fat, except it’s from space and will make you go insane and then kill you. Michael Moriarty again shows why he’s one of the best actors to ever do horror in this movie that ruthlessly lampoons America’s consumer culture. 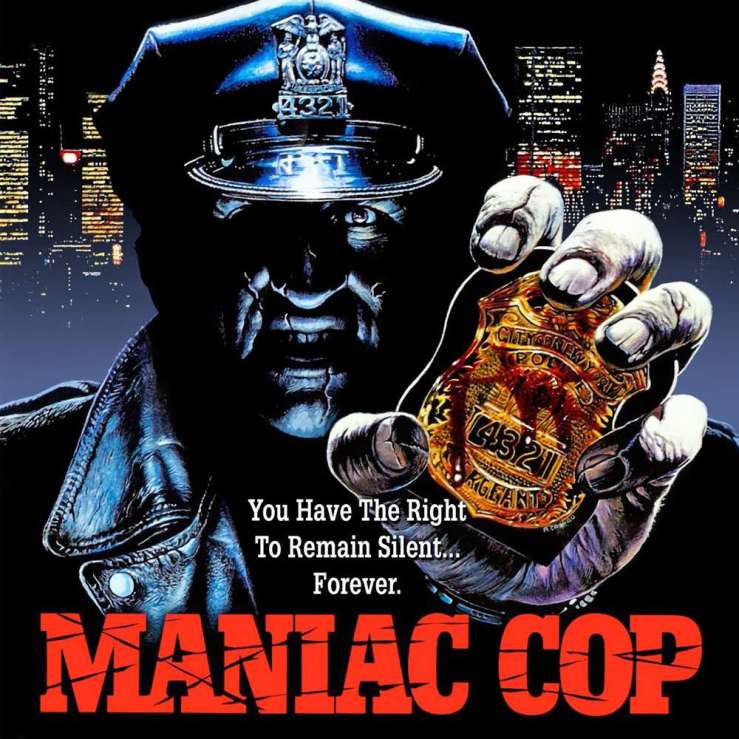 7. Maniac Cop (1988): While Larry Cohen didn’t direct this (William Lustig is responsible), he did write the script. I totally wish he had, as the results would have been much better. That said — this is a great concept that worked for this movie and two sequels, all written by Cohen. 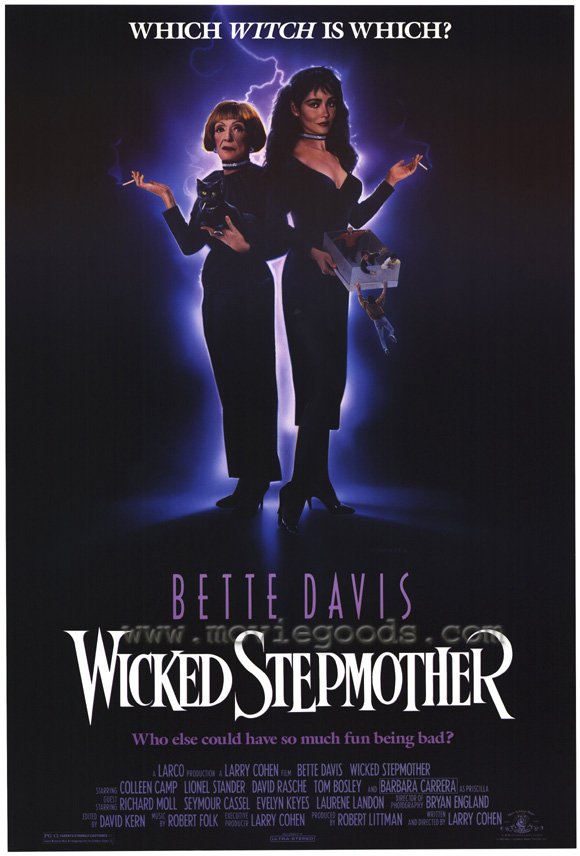 8. Wicked Stepmother (1989): Did you know Larry Cohen wrote and directed the last film Bette Davis was ever in? Yep. And she dropped out during filming, so if the results make little to no sense, so what? It’s goofy 80’s fun packed with black magic and special guest stars.

9. The Ambulance (1990): A comic book artist falls in love with a woman who is picked up by an ambulance and never seen again. Again, the idea of a vehicle which usually helps you instead taking you to a dark place is another high concept that gets developed by this gifted auteur.

10. Original Gangsters (1990): I love the pitches for Cohen’s movies. Get this one: When a street gang called the Rebels gets out of control, its original members — played by blacksploitation stars of the 70’s like Jim Brown, Fred Williamson, Pam Grier, Richard Roundtree and Ron O’Neal — must come back to make things better.

I’ve skipped a few films, like Cohen’s Masters of Horror segment Pick Me Up, the last thing he directed, as well as Return to Salem’s Lot, Deadly Illusion, Full Moon High, Perfect Strangers and Special Effects. And I also didn’t get to other movies he wrote like Phone Book, Captivity, Uncle Sam, his remake script for Abel Ferrara’s Body Snatchers remake and so many more films.

If you want to learn more about Cohen, I recommend the documentary King Cohen, where he tells his story in his own words. If you love creativity, this is a must watch.