After Tales from the Crypt, where else can you go? The Haunt of Fear? How about The Vault of Horror? Roy Ward Baker was also the director of Asylum, Scars of Dracula and The Legend of the Seven Golden Vampires, so that makes him absolutely perfect for this one. Strangely, none of these stories appeared in The Vault of Horror comic book. They all come from Tales from the Crypt and Shock SuspenStories.

Five strangers ride an elevator to the basement of an office building where they reach a mysterious basement room that looks like a gentlemen’s club. There’s no exit, so they get drinks and each man shares the nightmare they’ve been dreading every night.

Midnight Mess originally appeared in Tales from the Crypt #35. Harold Rodgers (Daniel Massey) and his sister Donna (real-life siblings Daniel and Anna Massey) reunited in a strange village where brother kills sister over the family’s estate. But later, as he dines out, he realizes that this is a town of vampires and his sister isn’t as deceased as he believed. The last frame of this scene is absolutely perfect! 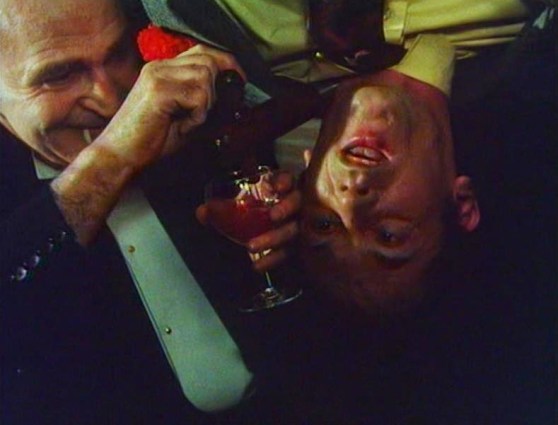 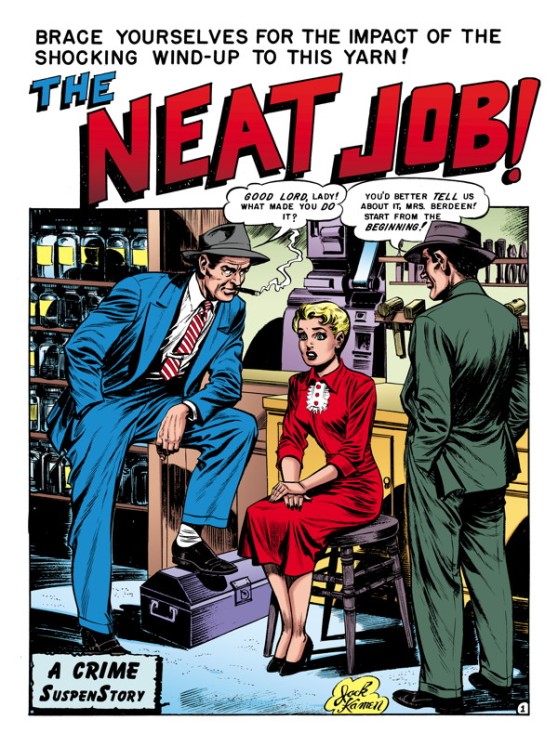 The Neat Job comes from Shock SuspenStories #1 and concerns Terry-Thomas being an old bachelor with OCD who finally marries his trophy wife, Eleanor (Glynis Johns, who was much later in life the grandmother in While You Were Sleeping). His constant prissy orders and need for perfection drive her crazy and she puts all of his organs into nicely labelled jars. Becca has threatened to do this to me so many times that I changed my Driver’s License so that she gets my organs instead of someone else. 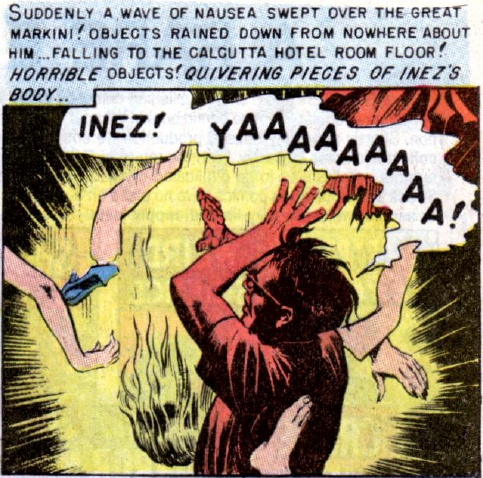 This Trick’ll Kill You first appeared in Tales from the Crypt #33. Sebastian (Curt Jürgens, The Mephisto Waltz) is a magician on vacation in India looking for new tricks for himself and his wife Inez (Dawn Addams, The Countess from The Vampire Lovers). He’s also ready to steal and kill to get ahead. The conclusion to this one isn’t quite as gory as the comic story but is much creepier as blood just comes out the ceiling, hinting that something really brutal has just happened. 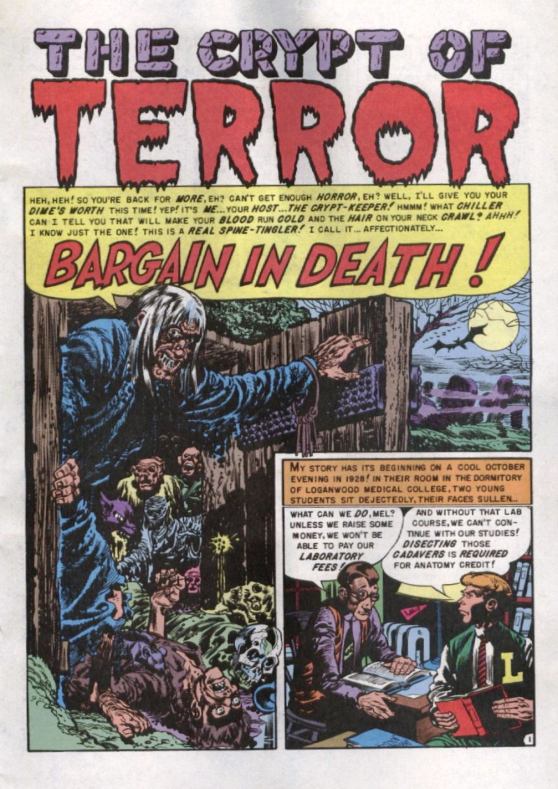 Bargain in Death comes from Tales from the Crypt #28 and is all about an insurance scam and graverobbers, as well as double crosses and outright murder. 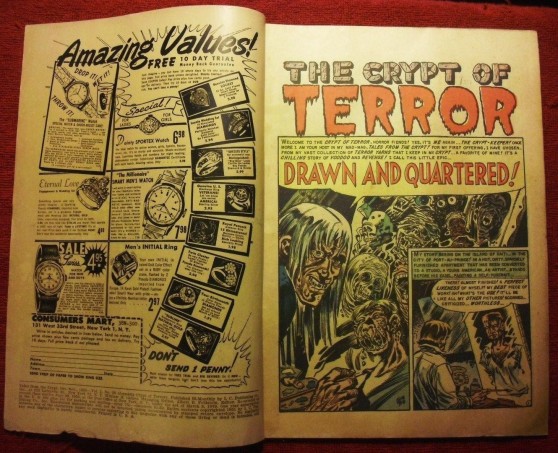 Drawn and Quartered was in Tales from the Crypt #26 and is the final story. A painter living in Haiti — played by Tom Baker! —  discovers that he may be poor, but his paintings are selling for top dollar thanks to art dealers Diltant (Denholm Elliott) and Gaskill (John Witty) after art critic Fenton Breedley (Terence Alexander) makes his work the talk of the art scene. It turns out they all conspired to keep him hungry while they benefitted from his work, so he gets voodoo power in his painting hand and paints the three men, then destroys them. For some reason, he also painted himself and when that canvas gets covered with paint thinner, things get ugly.

Finally, all of the men walk into a graveyard and disappear, while Sebastian the magician stays behind in the room before he goes away, too.

This is the only Amicus portmanteau without Peter Cushing, who was filming And Now the Screaming Starts! while this film was in production. This is Amicus at the height of their powers, however, and this is a film worth owning. You can get it — and Tales from the Crypt — as a two blu ray set from Shout! Factory.