A few years ago I saw a great movie called The Canal. In the opening scene a man gets an auditorium of noisy kids to pipe down asking them if they want to see ghosts. The “ghosts” he is referring to are the people in the film and how none of them are alive today.

I often think of these “ghosts” when I watch older movies. How odd (and wonderful)it must be to get to see relatives long gone. Not just the visual but also their mannerisms and hearing their voices. I Bury the Living has that feeling for me. I am seeing ghosts pleading, going mad and caring that have been gone for some time.

I Bury the Living was released in 1958 and I am not sure how well it was received. Most of the reviews and articles I read about it compared it to a longer episode of the Twilight Zone. It runs an efficient 77 minutes and was made by Albert Band father of Charles. Looking up his career I found the sweet support of a father who served as a producer for many of his son’s projects including one of my favorites Castle Freak. I wonder what he thought of his son’s films then I realized he was the director of Dracula’s Dog and Ghoulies 2. Their Thanksgivings must have been a lot of fun.

Stephen King is a huge fan of this film but hates the ending. That is a fact steeped in irony since I often find the endings of his books to be lacking (throw rotten tomatoes at me here). I am not going to spoil the ending, but I have watched this several times and am still undecided. I don’t hate it but after some viewings I think they could have done more with it. But I am not sure how or what (no not a giant spider).

I Bury the Living is very atmospheric and you can feel the coldness of the main set of an office at a cemetery. Richard Boone is kind of a grumpy 50s businessman that has to take his turn in being the chairman for the cemetery. When he is sworn in they tell him it is not a tough job but slowly it possesses him and he goes from a confident and well-groomed man to a confused, flustered and downright scared man.

Andy is the caretaker who does the real day to running of the cemetery. There is something charming and sweet about him and he is a man who truly loves his job. It was a sign of the times and a sad reminder of how people used to have pride in their work no matter how lowly or menial the job was. Andy didn’t have nice suits and slick hair like Mr. Kraft but he appreciated the scenic views at the cemetery and the comfort and peace.

Mr. Kraft imposes his values on Andy and thinks he is doing him a favor when he tells him it is time for him to retire and to find his replacement. Kraft being the typical businessman asshole pats himself on the back not realizing work and this place provides Andy with most of his purpose. And a man can be truly lost when he has lost his purpose. 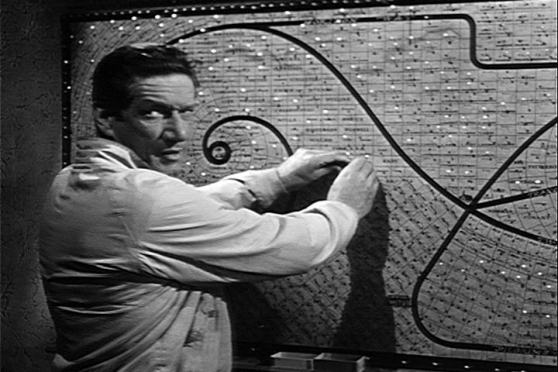 The giant map has a great look to it. In it are white pins for unoccupied spots that have been sold and black ones are for the ones that have bodies in them. Kraft makes a mistake and puts the wrong color of pin into the map and starts a chain reaction of doom (or does he?) 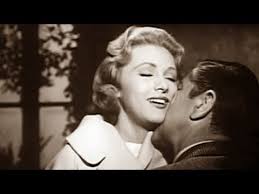 Kraft’s lady Ann comes to visit and she seems a bit younger than Kraft. I like the fact that the leads are older. It seems like films these days never cast older people (they consider mid 30s old now)and I think it adds to how Kraft actually wear all the bad things that start happening around him. He even questions his sanity and wonders if he is truly to blame which is what we often do as we age. Much more meaningful then Archie trying to spend time with his best gal no matter what is going on around him.

No one seems to believe Kraft and he in a sense is doing the math. They seem to think he is buckling from all the pressure of being a modern businessman. A few costly experiments are done and Kraft really starts to go off the rails. The music used is top notch and eery and Band does some very interesting visuals for Kraft’s descent into possible madness.

It is hard to write without spoiling the film. But it is definitely worth a watch. Sure it could be a supernatural force at work or a who done it. I feel it is a film about the upper class not truly understanding how the working class feel about life and their jobs and that is all you are going to get out of me. I am still not sure how I feel about the ending, but really I love the room to speculate and wonder about the ending of a film.