Directed by Freddie Francis, who was at the helm for The Evil of Frankenstein, Dracula has Risen from His Grave, Tales from the Crypt and Doctor and the Devils and produced by Apple Films, this is a film that seems like a great idea. This seems to be an ongoing theme with films that I pick to cover here.

Ringo Starr wanted to be in movies, which explains why he produced and appeared as Merlin the Magician. Yes, that Merlin. So here’s where Ringo is, well, Ringo. He played on Harry Nilsson’s Son of Schmilsson in 1972, which was inspired by horror movies. A few months later, Ringo invited Nilsson to be part of this film. You — as well as Nilsson — would assume that that album would be the reason. And the answer is nope. Ringo never bought the album he played on and had no idea how close the themes were to his proposed movie.

Nilsson was on the top of his game as this movie was being lensed, thanks to songs like Coconut, Without You and Jump into the Fire. He was also growing closer to John Lennon, becoming part of the notorious Hollywood Vampires gang that would go out and well, never come back home ( In fact, Nilsson was present for much of Lennon’s “lost period.”). Some claim that Nilsson was the craziest of the bunch and seeing as how this club included notorious partiers Alice Cooper, Ringo Starr, Micky Dolenz, John Belushi, Marc Bolan, Keith Moon, and Joe Walsh, that’s high praise indeed.If you have any question as to the drinking power of the Vampires, there’s still a plaque at the legendary second home of Lemmy, the Rainbow on Sunset, that proclaims that the loft belongs to them.

So let’s add it up. Well regarded horror director. One of the Beatles on board. And one of the top pop singers in the starring role. How could things go wrong?

Let me try and sum up this tale: Count Downe (if you are amused by this, then you’re ready for this film) takes over for all the world’s monsters when his father is killed. Merlin and Dr. Frankenstein advise him, but he just wants to play with his band and get laid. He wants to be human and turns to Van Helsing. He falls in love with Helsing’s nubile assistant, becomes human and everyone lives happily ever after.

I’m sorry if I’ve somehow made this more coherent than it will ever truly be. What ended up on film is a collection of scenes, travelogue footage and plenty of Nilsson visiting bars like Tramp. Oh yeah — he also plays with his band, which features Keith Moon, John Bonham, Peter Frampton, Klaus Voorman (who wasn’t just in the Plastic Ono Band, he designed the album cover for Revolver), Leon Russell and Rolling Stones horn section Bobby Keys and Jim Price. To be perfectly honest, the band is awesome and these scenes have plenty of life. They also have nothing at all to do with the movie and happen so frequently, you wonder why they didn’t just film a concert instead of this.

Once filmed, this sat on the shelf for years. In fact, Starr commissioned Graham Chapman, Douglas Adams and Bernard McKenna to completely redub the dialogue. The film kind of sort of played small towns and it wasn’t until 1982 when Nilsson himself brought a VHS of the fim to a Beatles convention that many saw it.

However, in 2015, this film played at the ninth annual Drive-in Super Monster Rama at the Riverside Drive-in, Vandergrift, PA. There’s probably no better way to see this movie than to wake up in a car with a rainstorm outside, still somewhat buzzed from a variety of substances and launch into it half awake at 4 AM. Yep — just before dawn and barely awake, I found myself enduring one of the true lost movies.

Is it interesting? Completely. It makes so little sense that you just watch it slack jawed and staring.

Is it available on DVD? No, of course not. There’s a good quality one on YouTube and it shows up as a bootleg at conventions. Surely I would not have bought my DVD that way.

That said, everyone came out of this pretty much fine. Nilsson would gradually became more concerned with art than being commercial. I say fine, but then I am reminded that Mama Cass and Keith Moon both died at his Mayfair flat and he died young himself.

Other folks fared better. Jennifer Jayne, the writer (amazingly, this has one) also wrote Tales that Witness Madness, also directed by Freddie Francis. Years later, Francis would find a second career as a cinematographer, working on The Elephant Man, Cape Fear and Glory. He also worked on Dune with Freddie Jones, who plays the Baron here.

Dennis Price, who plays Van Helsing, would go on to work with Jess Franco and play in many a horror film in his golden years.

There’s even a soundtrack album, which appeared in cut out bins for years. It has a great iron-on and plenty of good songs. 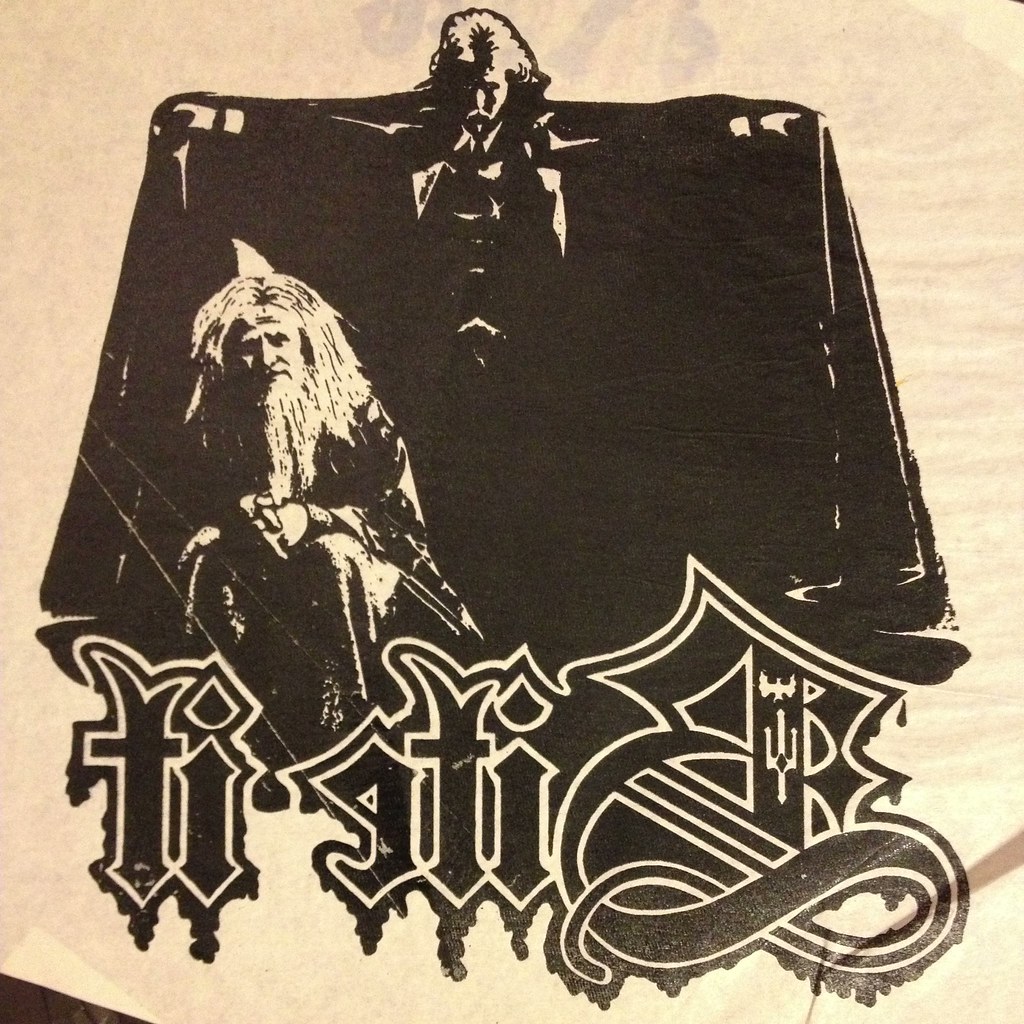 I’ve been surprised before that lost movies make it to blu ray. But I’ll be shocked if this mess ever sees the light of day. That doesn’t mean you shouldn’t seek it out. It’s an experience, at the very least.

This article originally appeared at That’s Not Current. Read it at http://www.thatsnotcurrent.com/look-back-son-dracula-1974/