Coffin Joe may be dead and yet he lives. How else do we have a new film that he hosts? Yes, through the fire and the flames, he comes back to us, warning us about making a joke of the unknown world. Perhaps he would also do well to warn us that if you see a witch in the countryside, there’s really no reason to take her photo.

José Mojica Marins, the human repository for the evil being known as Coffin Joe, originally filmed The Curse for his Brazilian TV show in 1967, but it was lost when a fire burned down the station two years later. In 1980, he started a second version, but production was halted due to financial issues. The existing footage went missing until 2007 when producer Eugenio Puppo rediscovered it while preparing a retrospective of the work of Marins.

Years of intensive restoration later — including shooting new scenes and recovering the lost dialogue with the assistance of a lip-reader — The Curse is making its U.S. debut along with a making of documentary The Last Curse of Mojica. 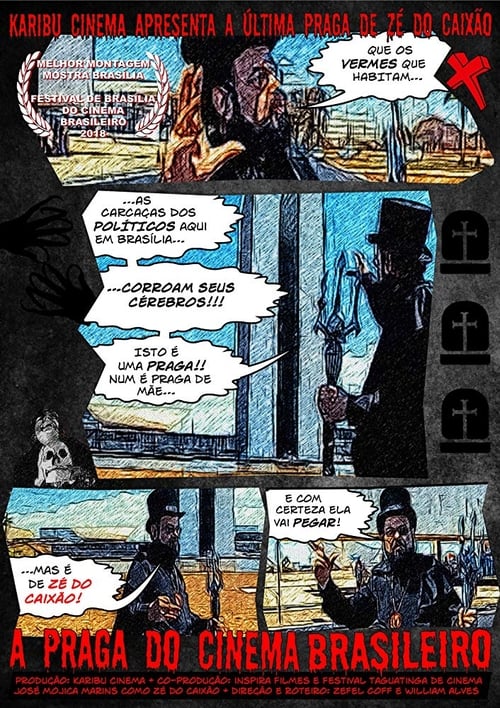 Based on a story in the graphic novel series O Estranho Mundo de Zé do Caixão, this near-hour-long story has Juvenal (Felipe Von Rhine) and his girlfriend Mariana (Silvia Gless) meeting that witch we discussed above (Wanda Kosmo) and deciding that it’s not only a good idea to take that photo but also to be rude to her. He’s soon left with a gaping and festering wound in his side that demands raw meat at all times or it will destroy him. Of course, his lover would make the perfect meal to stop that insatiable hunger, right?

How magical is it that we can find this film as part of our lives? All hail Coffin Joe. You shall never die.

This movie was part of the Another Hole in the Head film festival, which provides a unique vehicle for independent cinema. This year’s festival takes place from December 1st – December 18th, 2022. Screenings and performances will take place at the historic Roxie Cinema, 4 Star Theatre and Stage Werks in San Francisco, CA. It will also take place On Demand on Eventive and live on Zoom for those who can not attend the live screenings. You can learn more about how to attend or watch the festival live on their Eventlive site. You can also keep up with all of my AHITH film watches with this Letterboxd list.