After a freak accident, an already disturbed priest is transformed into a mutated killing machine on a mission to wipe out anyone that loves heavy metal. I mean, with a concept like that, how can I not watch — much less not love — this movie?

The tagline is the nail in the upside down cross upon the coffin:

He has Died. He has Risen. He will Kill. 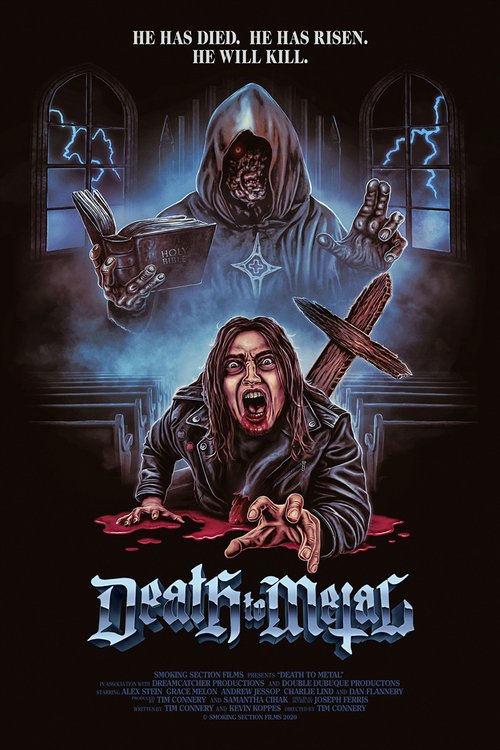 Director, co-writer and co-producer Tim Connery made Black Web in 2012, but that probably won’t prepare you for this blast of, well, blast beats and gore and blasphemy.

Zane (Alex Stein) has lost his girlfriend Tracy and his band Withered Christ  in the same day and basically wants to die. This was supposed to be his moment, singing for the local band opening a major festival in his hometown.

Meanwhile, toxic waste gets dumped outside of town just in time for the disgraced priest Father Kilborn (Andrew Jessop) drives into it and becomes something much darker and more willing to destroy everything in his path for the Word of the One True Lord.

So when Zane gets back into the band and takes the stage, maybe he should have listened to his friend Mariah (Grace Melon) about setting Bibles ablaze. 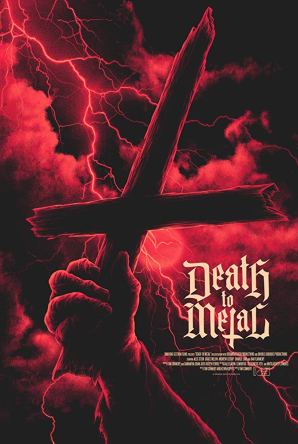 This movie has some great music too, as well as several band performances by Mutilated by Zombies, Telekinetic Yeti and Grandma Incinerator (who are really Allegaeon). There are also songs by Exmortus, Boar, Driftless Sisters, Inquiring Blood, Monolithe, Nethervoid and The Rising Plague. And the little ditty at the end is one of the funniest metal songs I’ve ever heard.

Look, any movie that ends with the line “I think I’m just going to keep running him over until the cops get here” is going to win me over.

If you love extreme metal and/or gore, which seems like something that goes together like whiskey and weed and Black Sabbath, you’re going to love this. It’s streaming now from the fine folks at Wild Eye.