Sure, that’s a pretty lurid title — the Italian title I vizi morbosi di una governante translates as Morbid Vices of a Housekeeper — and trust me, this lives up to it, what with an older woman using a mentally challenged man and a teenager sexually — not at the same time! — and then a game of charades which is mostly people yelling out the names of films while everyone else gropes one another.

There are more than a lot of camera zooms in here, as well as bad sartorial choices and even worse life ones. When Ileana and her bunch of hip friends — their words not mine — gather at a gothic castle owned by a wheelchair-bound older relative of one of the girls, things get pervy, weird and murdery, just as you’d expect.

If you are a hip friend or have hip friends (at which point that makes you a hip friend), then you should take this warning: do not go to hang out in gothic castles. Nothing, in my movie — not life — experience says that things will go well.

Meanwhile, two of these with it pals are using Chinese treasures to smuggler heroin — as you do — while Elsa the party girl ends up with both of her eyes torn out, just like Ileana’s mother had done to her by a relative who has lost his mind and is possibly prowling the catacombs of the castle. 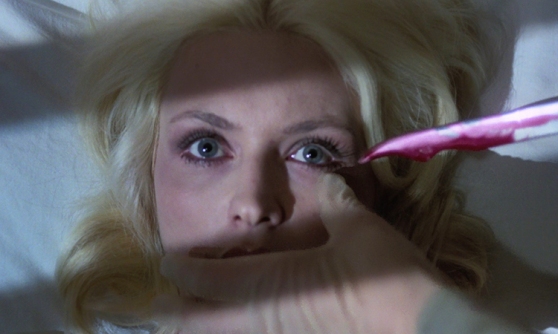 This would be the last film that Filippo Walter Ratti would direct. You may have seen his other movies, including Mondo Erotico, Operation White Shark and Night of the Damned. Screenwriter Ambrogio Molteni also wrote the two Black Emanuelle movies, as well as Yellow Emanuelle, Sister Emanuelle and Violence in a Women’s Prison. 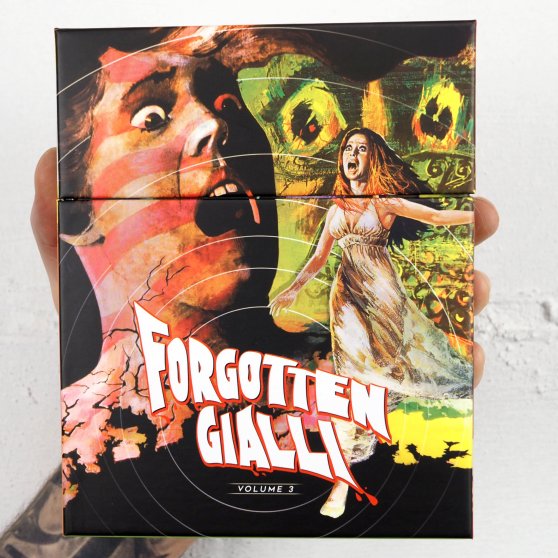 This appears along with Murder Mansion and Autopsy on Vinegar Syndrome’s Forgotten Gialli Volume 3 complete with a new scanned and restored 4k version from its 35mm original camera negative and an interview with Giuseppe Colombo. Or you can watch it on Tubi.