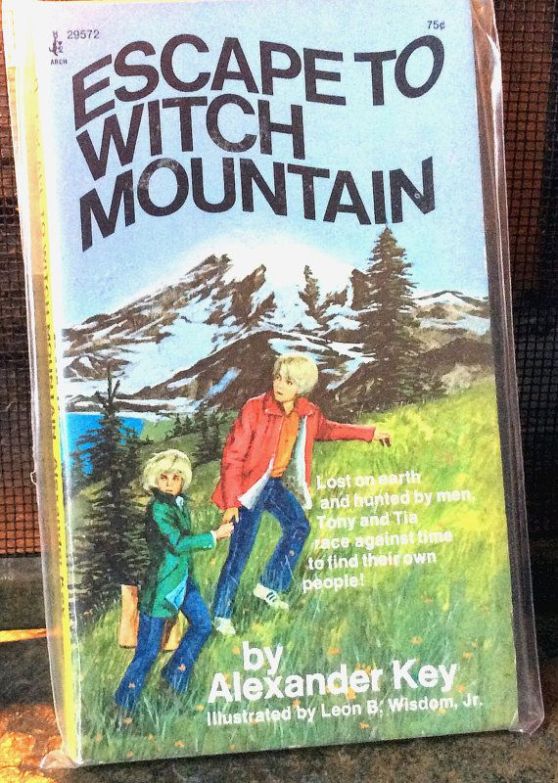 Based on the science fiction novel by Alexander H. Key, Disney has had great success with Witch Mountain, making two movies in the seventies, a Disney Channel sequel in the 80s, a 1995 remake and a 2009 cannon sequel that was marketed as a remake, despite the fact that Tia and Tony kind of cameo and are played by Kim Richards and Ike Eisenmann*. Now, there are plans to make a new series for the Disney+ channel.

Back to the past and the original film and we find our heroes in an orphanage. They’re not like the other kids — Tony controls inanimate objects with the aid of his harmonica — yes, really — and Tia can communicate telepathically with Tony, feel the emotions of animals and see the future. They have a star map that they can’t figure out as well as memories of an uncle who saved their lives, but otherwise, they are both a blank slate.

One day, one of Tia’s premonitions saves the life of attorney Lucas Deranian (Donald Pleasence!), which he reports to his millionaire boss, Aristotle Bolt (Ray Milland), a man obsessed with the paranormal. While acting as their uncle, Lucas adopts the children, but it is only so that Bolt can study them. They run away, meet RV-driving widower Jason O’Day (Eddie Albert) and convince him to take them to their destiny at Witch Mountain, all while being pursued by Deranian, Bolt and their henchman Ubermann (Lawrence Montaigne, The Great Escape sure, but also the chauffeur in Young Lady Chatterley).

The Witch Mountain films were the result of Disney looking to reinvent itself after the death of founder Walt. They wanted movies that were a little edgy and when they saw director John Hough’s The Legend of Hell House, they knew they had the right person. Hough also made The Incubus, Twins of Evil, American Gothic and Dirty Mary Crazy Larry. The end result was a big success and they’d bring the characters back three years later for Return from Witch Mountain.

*They were so good at playing siblings that they do it again in Devil Dog: Hound of Hell.

You can check out Mark Begley’s review of this movie here.