Wrinkles the Clown is an unidentified performance artist from Naples, Florida, who is supposedly an angry homeless man who hires himself out to parents who need him to frighten their children into behaving properly. He first appeared in a 2015 YouTube video where he crawled out from under a girl’s bed. He’s also appeared in other videos, terrorizing motorists and ruining birthday parties. 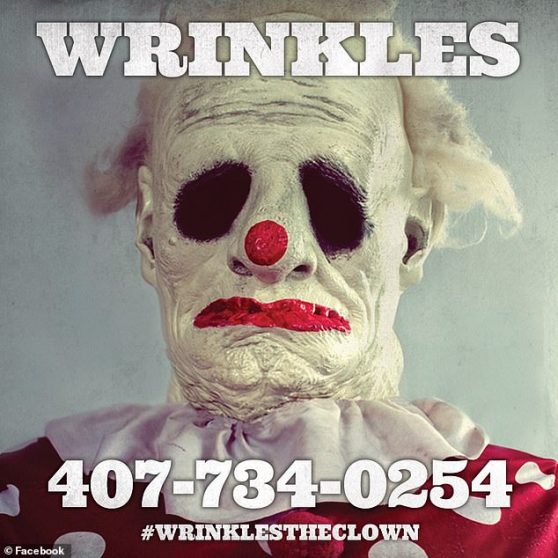 Since then, stickers bearing his face and a telephone number began appearing around Florida, with the number soon became a rite of passage for children around the United States. Now, there’s a documentary all about this clown and how parents are either using or abusing his abilities.

In 2019, Wrinkles agreed to allow a documentary crew to follow him in his daily life and explain his philosophy. He’s an elderly man who lives in a van that spends most of his days and nights fishing, drinking and going to strip clubs. There’s no logic or ideology behind Wrinkles, only money.

Or is there? By the end of the documentary, it is revealed that the man the crew has been following is an actor named D.B. Lambert, who has been hired by the real Wrinkles to portray his secret identity. Now blurred out, the real Wrinkles shows how the viral videos were made and that they were all created with actors.

Filmmaker Cary Longchamps was the man that the Naples Daily News has discovered helped start the Wrinkles viral videos. Is he Wrinkles? No one is sure. The idea that an old clown is devoted to scaring children is the kind of urban legend and boogeyman that some parents need to keep their kids in line, which is either bad parenting or just trying to escape the pressure of having kids. The film takes no real stand.