ABOUT THE AUTHOR: Craig Edwards is an award-winning blogger as well as a self-proclaimed Media Guy and a consumer of pop culture for a lot of years. He also writes a great blog called Let’s Get Out of Here! I’m so happy that he’s decided to share his top ten slashers with us, as I value his insights on film.

1. Halloween (1978):  It may have had progenitors, but this is where John Carpenter worked cinematic alchemy and made the elements come together in their supreme form. My mom took me to the theater to see this as a kid, and I’ve loved it ever since.

2. Friday the 13th (1980): This first entry will cover for the whole series – which is my favorite slasher franchise. It can’t take the number one spot on this list though, because Halloween is the better movie.

3. My Bloody Valentine (1981): I was sorely disappointed seeing this in the theater as a kid because all of the gore I’d seen in Fangoria magazine had been cut out by the MPAA. But this was always a solid slasher, even minus the red stuff. A subsequent DVD release with the gore restored just showed it as one of the finest slashers to come out of the 80’s. 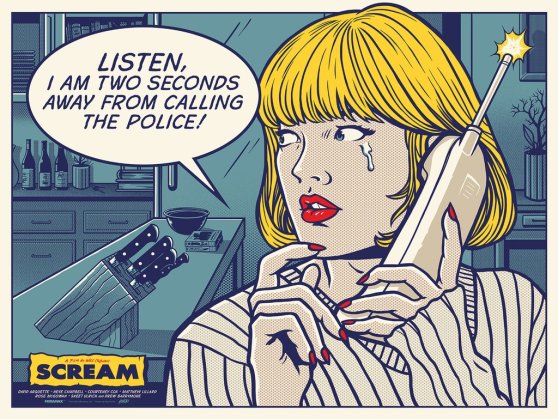 4. Scream (1996):  There will always be some debate about which was more integral to the success of this slasher that revitalized the genre after a period of dormancy – was it Kevin Williamson’s script or Wes Craven’s direction? Of course, the answer is that it’s both; the sum of which is better than the two elements taken separately. 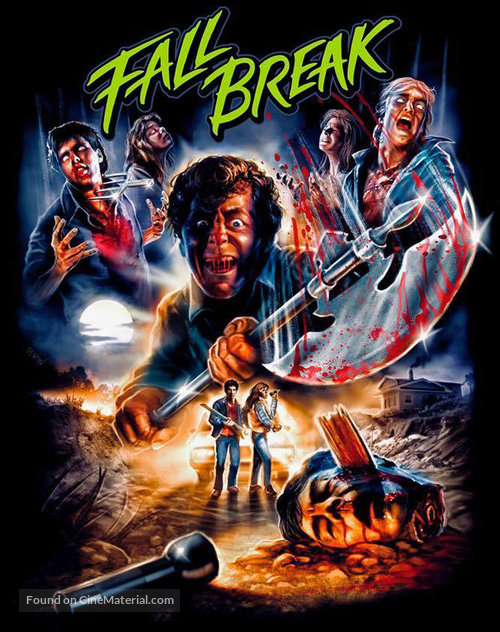 5. The Mutilator (1984): This low budget slasher was made just two hours from where I live – in Atlantic Beach NC. I will admit that at least a part of my affection for it is that love of it for being local; getting the opportunity to watch it at the beach house it was shot at last year in the company of seven people who worked on it has cemented it as one of my favorites. 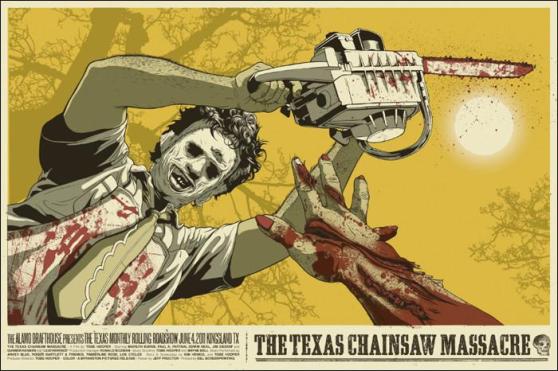 6. The Texas Chain Saw Massacre (1973):  The raw documentary power of Tobe Hooper’s movie would make it a contender for this slot – but knowing now just how hard the shoot was for the cast and crew makes me thankful it was ever completed at all. That it also is such a terrific movie is just the cherry on top of the head cheese sundae.

7. Terror Train (1980):  In terms of pure quality, this is probably the weakest movie on my list. Boy could it use some more graphic gore in the kills. But this is a fondly remembered slasher from my youth – and it has an irresistible setup. Consequently, it will always hold a spot for those reasons. 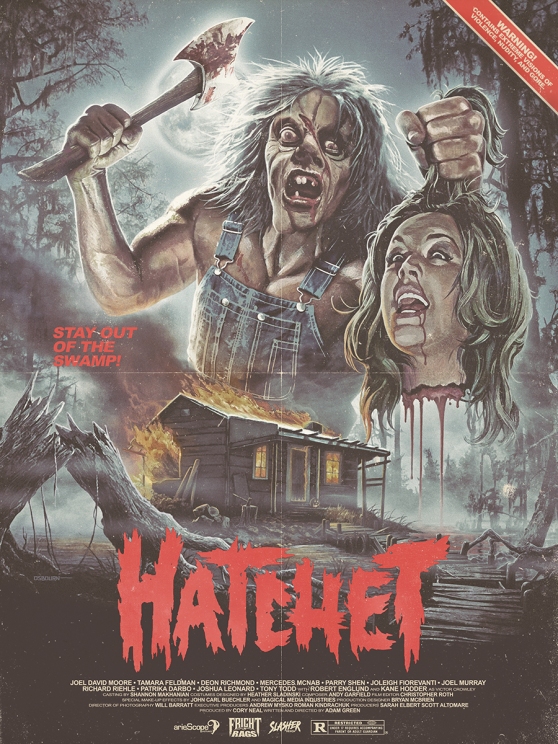 8. Hatchet (2007):  Adam Green puts every bit of his love for the slashers of the 80’s onscreen with this delightfully graphic throwback which also has a wonderful cast and atmosphere to spare.

9. Intruder (1989):  I never got to see it back in the day, but catching up to it in recent years – and getting to see it uncut – made me wish I could have found it earlier. Gleefully nasty and with another corker cast – including director Sam Raimi acting and brief appearances from Bruce Campbell and Emil Sitka (supporting Three Stooges actor).

10. Psycho (1960): I don’t think Alfred Hitchcock’s shocker of a film is often categorized as a slasher – but that is certainly what it is. It’s an A-1 classic, and if you’ve never taken the time to watch it – you definitely should.