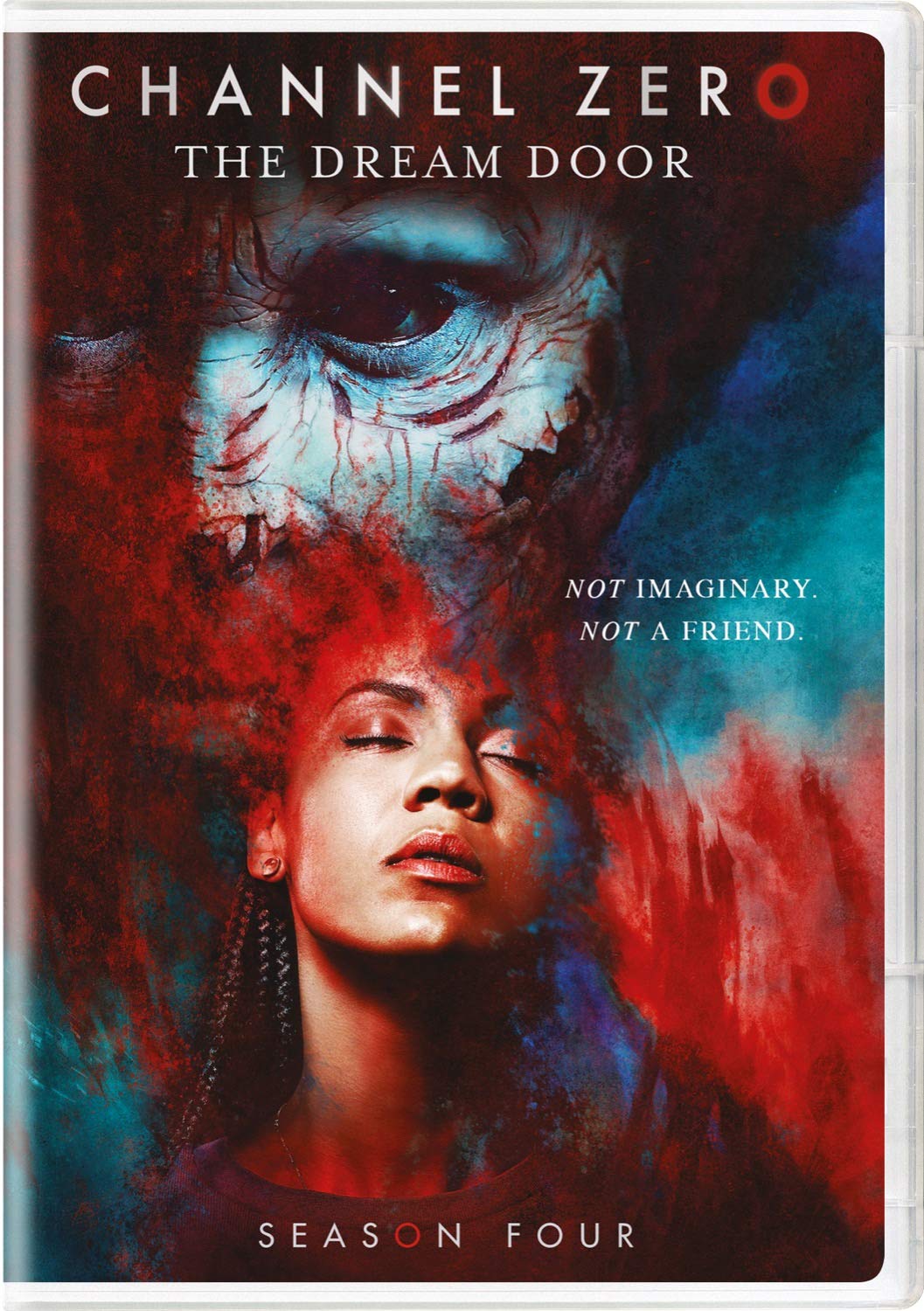 Written by Nick Antosca (whose series The Act has just finished on Hulu) and directed by E. L. Katz (Cheap Thrills), the final season of Channel Zero presents an intriguing premise in its first episode: a newly married couple is given the husband’s childhood home. One day, a door that was never there before just shows up. Would you wonder what was behind it?

As in the past three seasons, The Dream Door is based on a creepypasta, in this case, “I Found a Door in My Cellar, and I Think I’ve Made a Big Mistake” written by Charlotte Bywater.

Jillian (Maria Sten, who is incredible in this season) and Tom (Brandon Scott, who was Luke Vanczyk in Channel Zero: Butcher’s Block) are newlyweds who were childhood friends. At some point, Tom may or may not have had a child with another woman, a secret he kept from his wife. He also has a strange therapist played by Barbara Crampton that she doesn’t know about. It’s so much for her therapist — Steven Weber! — to help her with.

These problems would be enough if it wasn’t for the dream doors that she discovers that she can create and open, as well as the childhood monsters that can escape from them. One such character is the flexible and near-unstoppable Pretzel Jack (Troy James, a true talent), who will kill anything to protect Jillian.

Then there’s Ian, the next door neighbor who may be way closer to Jillian than she could ever dream.

The theme of the dangers of nostalgia has come up in each of Channel Zero‘s four seasons. Here, The Dream Door goes even deeper to show that the traumas that we didn’t deal with in our youth can come back and threaten to consume us as we grow older. Every marriage faces issues, but not every spouse can spontaneously create monsters.

It’s a real shame that this is the last season of Channel Zero. Each one has been great and while I’ll be watching to see what its creators are doing next, I feel like there are so many great stories that are now left untold. For all the hype the new Twilight Zone series is getting, these four seasons are heads above in terms of story and presentation.

You can watch the entire season on SyFy’s website.