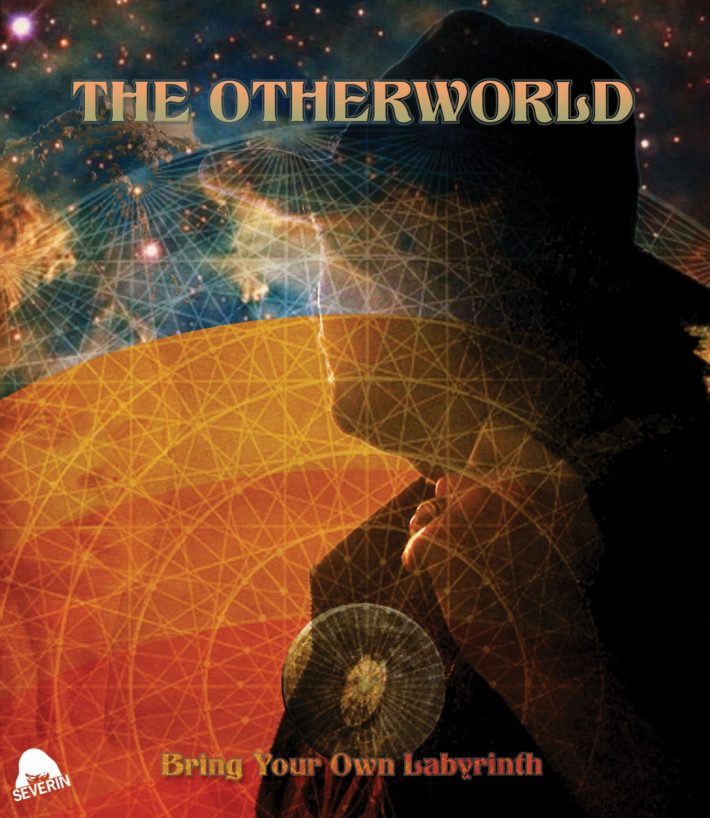 So much of what I try to accomplish in exploring movies is to find the hidden, the moments that lie beneath the surface. To take what people have often labeled as trash, like genre films, and divine treasure. It’s my own alchemical way of trying to make life more than what it appears to be. To discover some meaning behind chaos and to celebrate art — the only thing we can leave behind. The disappearing moments that happen from the darkest of the dark to the first glimpses of dawn is when I generally watch films, with no other living person nearby. I find these moments of pure solitude nearly spiritual and these words you’re reading are pitiful attempts to transmute the pure joy I feel and share them with you as you read these electronic missives.

To me, magic comes in places you would not expect. And I live by one motto when people ask me about why I love the movies that I love. It comes from Frank Capra, the most populist of directors, whose simple stories helped Americans face the greatest issues that had ever come against our country. An immigrant to our shores who became one of its most celebrated storytellers, Capra was able to reach large groups of people, people with whom he could share his fables. He often used his art to explain how to find the strength to survive as a decent man in a corrupt world. And he’s part of a long tradition of story — and truth — tellers. I’ve always believed that the people that were considered mystics by our forebearers simply could remember and tell stories around the campfire (which — trust me — is a big part of The Otherworld, which we’ll get to in a minute). In reading a biography of Capra, I was struck by this: Capra “created mythical America of simple archetypes that with its humor, created powerful films that appealed to the elemental emotions of the audience. The immigrant who had struggled and been humiliated but perseveres due to his inner resolution harnessed the mythopoetic power of the movie to create proletarian passion plays that appealed to the psyche of the New Deal movie-goer.”

That quote that I live my life upon? “There are no rules in filmmaking. Only sins. And the cardinal sin is dullness.” I came to it by John Waters, but it’s true no matter what movie you apply it to. There is as much artwork in a film that you love, no matter who made it, than a film that has been awarded honors. Magic and art come from anywhere at any time and you need to take it when you find it, because life can often be marked by that sin of dullness.

Now that we’ve emerged from that introduction, we can get to discussing Richard Stanley’s The Otherworld — a film that is the exact opposite of dullness. Its concerns are magical and attempting to translate the struggles of the director’s life to the screen.

Stanley, a South African director and screenwriter, first came to my attention thanks to the controversy of 1996’s The Island of Dr. Moreau (which was well documented in 2014’s Lost Soul: The Doomed Journey of Richard Stanley’s Island of Dr. Moreau). Long story short (and I recommend that you watch the film and read more about this, as it is amazing), Stanley spent four years developing the film only to have New Line continually fight his vision at every turn. I look at Stanley as a true artist, someone who was unwilling to deal with the mainstream Hollywood of today of meetings and focus groups and numbers versus casting flickering images of truthsaying onto modern cave walls. Most amazingly, after being released from the film that he had brought to life, Stanley would sneak onto the set of the troubled production dressed as one of the dog-human hybrids that Moreau had created. He had become fiction so that he could witness a real-life disaster first hand. Much like how the magician dreams of lead becoming gold, the true story became just as unreal as the tale that they were filming.

The Otherworld is an attempt by Stanley to explain the place where he lives — the French Pyrenees — and a moment in his life that even his art has not allowed him to fully translate to reality. This area is known as “The Zone,” a place of occult lore, thanks to ley lines, UFO sightings and Rennes-le-Château, a church rebuilt by 19th-century priest Father Bérenger Saunière. The strange tales of his wealth and secrets — some of them celebrated in a 1948 article and others used by a local merchant to build tourist interest in the area — led to 1982’s book The Holy Blood and the Holy Grail, which postulated that Saunière had the true Holy Grail — proof that Jesus Christ had survived the Crucifixion, married Mary Magdalene and had children — and used that to build his wealth. Other claims were that he had the actual body of Christ’s wife or a gateway to another dimension. Again — I could spend an entire website explaining more about Rennes-le-Château, particularly the insanity that the authors of The Holy Blood and the Holy Grail lost their plagiarism suit against Dan Brown, whose book The Da Vinci Code popularized these legends.

This area was also home to the Cathars, who the film postulates frightened the Christians that came here, as they placed women in positions of power, and the  Knights Templar, mystical Christian knights that were burned at the stake for blasphemy (or political and economic regions). Any genre fan will tell you that the Knights inspired The Blind Dead films. Again, I urge you to study more and learn of their complicated history.

Stanley meets magicians, sorcerers, tour guides and normal folks who have all been impacted by the place he calls home, never commenting on just how good of a grasp on reality his subjects have. At the heart of the film are two incidents where Stanley himself met a female presence, told through his actual words (and those of his wife). The recounting of their second meeting are incredibly interesting, as Stanley almost breaks down in tears describing what happened.

Two themes throughout this review are reflected within the film — the need for further research and the fact that reality is subjective. I get the feeling that Stanley could make hours of film about these subjects and never truly explain what has happened to him or his feelings. The Otherworld is an attempt, just as his other documentaries that appear on the second disk in Severin’s limited edition blu ray set (available here), were parts of him learning what would lead to this film. I’m intrigued to see what he does next, to be perfectly frank.

The camerawork is gorgeous, courtesy of cinematographer Karim Hussain, who added flair to 2015’s way better than I thought it would be We Are Still Here. There are some mind-melting images of night skies against the castle ruins which make me believe so many of the stories within this film. If they look like this on my TV screen, I cannot imagine seeing these vistas in real life.

There’s also a moment of pure synchronicity in the film, where Stanley discovers that a sorcerer in the area is using Lucio Fulci boxcovers to inform villagers that they are standing above one of the seven gates of Hell. I’ve always believed that there was more to Fulci’s films than simple gore. And for me, they’ve provided a gateway to other moviemakers, so seeing them show up here was a nice sign that my journey is on the right path.

Often, I joke about who movies are truly made for, as so many of the films that we watch seem to have been created for an audience that was indifferent or may not have existed. I get the feeling that The Otherworld was made for Stanley himself, to explain (not exorcise) so many of the experiences that he has had. And it’s definitely for me, as it will be a film that I watch and meditate on more than several times. I can think of no higher praise than that.