The animated shorts from Fantastic Fest that I got to see are here. 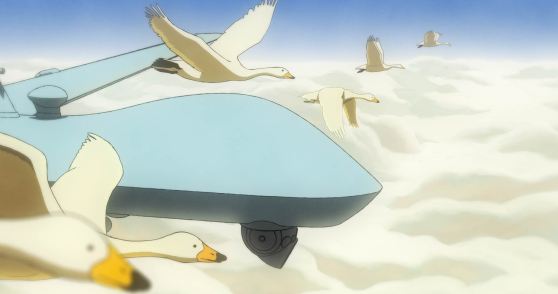 Drone (2022): In this film by Sean Buckelew, a malfunction at a CIA press event pushes a drone installed with an ethical AI personality to go off its mission as it attempts to understand its purpose. The animation in this short is astounding, rooted in reality yet having a cartoon look that’s really appealing. I loved how we saw not only the actions of the drone, but also the way it impacts the lives of the many people who were part of it. The world starts to follow the drone on its mission, but the government learns nothing, putting a smiley face on weapons of death even after the only machine — or soldier — with a heart is long gone. A sobering, realistic ending for a movie filled with sheer fantasy. 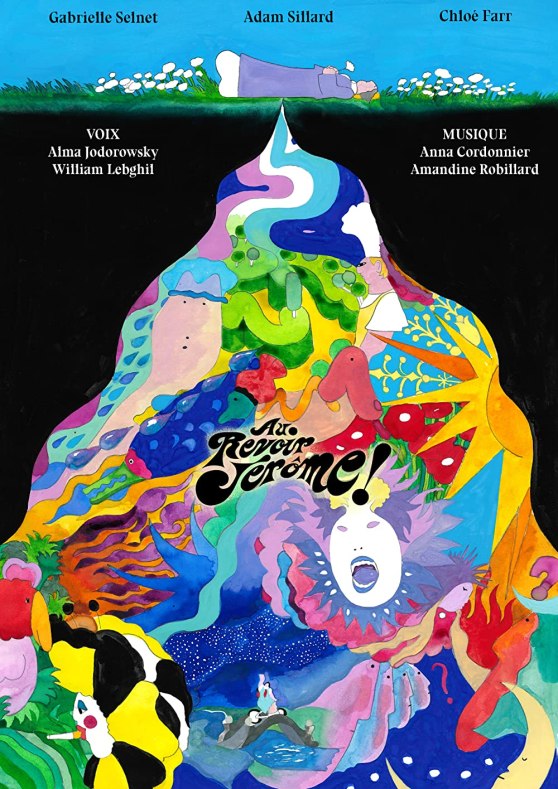 Goodbye Jerome! (2022): Directed and written by Chloé Farr, Gabrielle Selnet and Adam Sillard, Goodbye Jerome!, the protagonist tries to find his wife Maryline. In the course of his search, he gets lost within a surreal and colorful world in which no one seems to be able to help him.

With the voices of William Lebghil and Alma Jodorowsky, as well as a gorgeous art style that just guides you into a simple yet complicated and rewarding otherworld, this is a film that will stay in my brain for some time.

This film looked like the posters in Spencer’s in the 70s when I was too young to smoke marijuana. Ah, a wistful simpler time and man, I wish we still had Wicks ‘n Sticks. 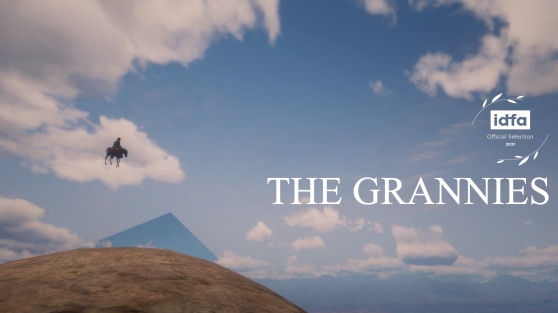 The Grannies (2022): Director Marie Foulston relies on the imagery of the video game Red Dead Redemption 2 and the voices and experiences of players Marigold Bartlett, Andrew Brophy, Ian MacLarty and Kalonica Quigley as they explain what happened when they decided to go beyond the borders of the online version of the game and found places where reality broke, where they dropped for hours in endless chasms and were able to create shared moments despite not being actually together.

I also enjoyed that this group played as old women, as whenever they encountered other players, they found that others reacted strongly to how odd it was to have four old women attack them. 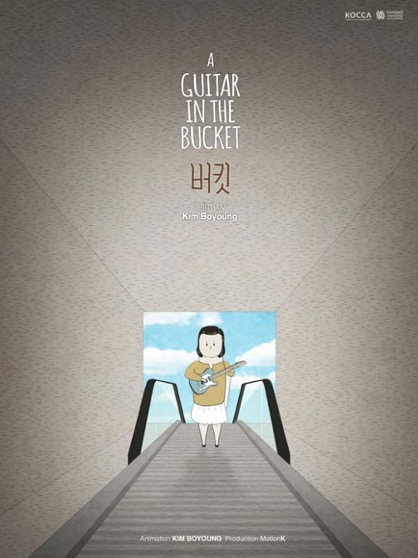 A Guitar in the Bucket (2021): Created by Boyoung Kim, this feels like the big problems with our world and the world that is to come, a place where push buttons and machines decide what we want and what’s good for us. Machines have everything that anyone could want, but when a young girl wants to be a guitar player — something that no one else wants but her — the world keeps that from happening. It reminds me of the fact that we can get any movie we want at any time and people choose to not challenge themselves with cinema but instead keep watching the same movies or worse, refuse to explore the films of other countries. 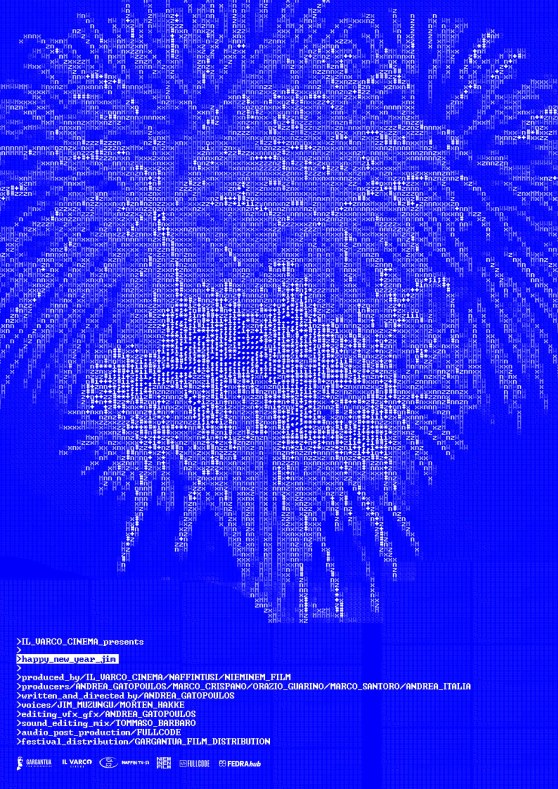 Happy New Year, Jim (2022): Morten Hakke and Jim Muzungu are playing video games all day just like every single day but today is New Year’s Eve and things feel different in this animated film by Andrea Gatopoulos. I feel this, as I sit here all night and try and fill my site with content that maybe nine people will read. Then again, if you can reach nine people, that’s more than you just experiencing things for yourself. So even if all you have is one friend playing video games with you, that’s something. I have to confess, I have spent hours in video games earning achievements and getting new clothes for a character that in days I won’t need or think of, but at the time, it feels like it means so much more than it eventually does. Also: are we all just in a video game instead of life?

Krasue (2022): The krasue may be best known to film fans from Mystics In Bali and Demonic Beauty.  This animated film by Ryo Hirano has a Yakuza encounter one of the creatures, which looks like a woman’s head with all of her organs hanging out as she flies around.

Everything in this movie is absolutely stunning, a neon-colored and blood-strewn romance that also looks like River City Ransom and I’m here for all of that. This whole thing would be pretty frightening if it were live action but seeing as how it’s animated, it’s really pretty whimsical.

More movies should have flying heads with guts hanging out floating all over the place.

Magnified City (2022): This movie makes me consider the fact that my love for cinema is often trapped in the past sometime around 1981. Those are the kind of thoughts that come into your head when you think over a movie about a human magnifying glass being kidnapped by a secret society of projector humans who want to use his lens to recapture the city’s greatness. Do I find too much joy in nostalgia? Am I doing enough to expand my influences? 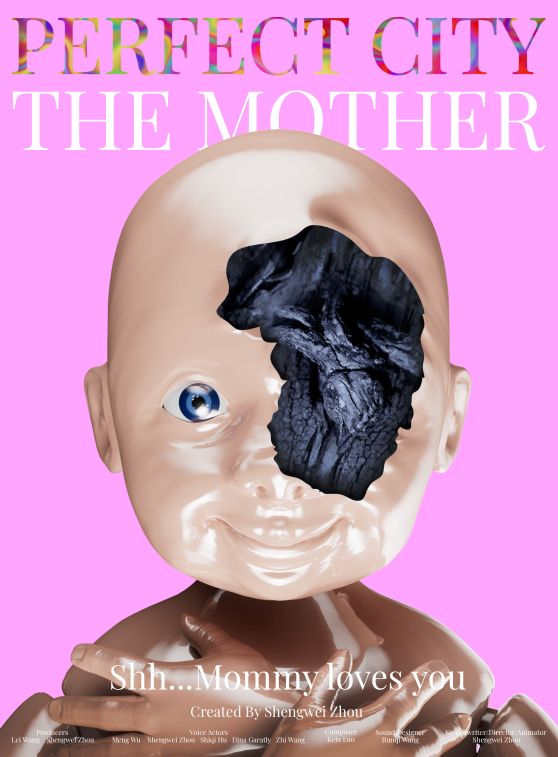 Perfect City: The Mother (2022): A stop-motion story all about a wood monster giving birth to a child covered in ugly roots. A liquid with the brand name of Perfect is able to sculpt the wooden baby into a perfect human child, but should it? How wonderful that the child is CGI and it’s up against the real tactile traditional animation. This looks absolutely fantastic, a movie that blew my mind and that would make a great zone out movie if it wasn’t so sinister in parts, because I could see this taking me into some strange trips. It also makes me worried about having children any time soon. You can see more of this at official site of Shengwei Zhou, its creator.

Trichotillomania (2021): Trichotillomania is a disorder that is known to cause irresistible urges to pull out hair from the scalp, eyebrows or other areas of the body. Kate is someone suffering from it and she isn’t finding any of the answers as to why on the Internet. Man, I used to get so mad at myself in my thirties that I would just grab fistfuls of hair and yank them out. Just like cutting, the feeling of adrenaline would make me forget the mental pain that I was in, but then it gets really obvious when you have large chunks of hair missing. This short, directed and written by Anotai Pichayapatarakul, explores how this impacts people and how there are no simple solutions.