ABOUT THE AUTHOR: Joseph Perry writes for the film websites Gruesome Magazine, The Scariest Things, Horror Fuel and Diabolique Magazine; for the film magazines Phantom of the Movies’ VideoScope and Drive-In Asylum; and for the pop culture websites When It Was Cool and Uphill Both Ways. He is also one of the hosts of When It Was Cool’s exclusive Uphill Both Ways podcast and can occasionally be heard as a cohost on Gruesome Magazine’s Decades of Horror: The Classic Era podcast.

The latest film to feature the cinematic version of real-life Wing Chun master Ip Man is Chinese feature Ip Man: The Awakening, which finds the titular character, played here by Miu Tse, arriving in Colonial-era Hong Kong as a young man.  He runs into old friend Bufeng (Chen Guan Ying), whose sister Chan (Zhao Yu Xuan) and mother Ip Man has just saved from a robbery on a streetcar. Bufeng advises Ip Man to keep his head down in Hong Kong, but when the pair sees women being kidnapped for a human trafficking ring, Ip Man gets involved to try and free them.

Naturally, this leads to all kinds of trouble for the friends, and if you guessed that Chan would play a part in being captured by the villains — whose ringleader is a British character — you are obviously no newcomer to action films. The result is a rather predictable plot heightened by some fun, well-choreographed fight scenes, some of which feature Wing Chun being pitted against the British martial arts mash-up known as Baritsu.

There are plot holes aplenty — at a lean 80-minute run time, it seems that another 10 minutes explaining how some characters who seemed to be dead at one point are miraculously fine again, without showing how or why. If you are willing to overlook instances like this, codirectors Li Xi Jie and Zhang Zhu Lin deliver a perfectly serviceable martial arts action outing headlined by Tse, who acquits himself well in the lead role. 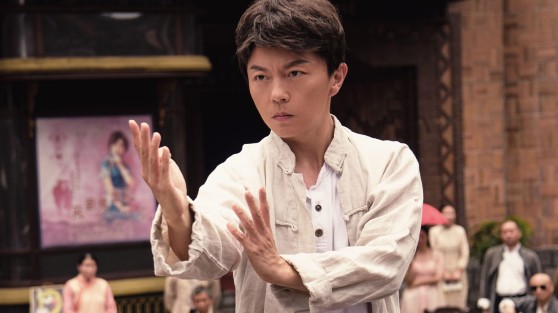