EDITOR’S NOTE: Have I ever mentioned how much I love Sylvia Kristel? If you’re reading this site, you probably do too. Here’s some good news from Cult Epics and MVD.

Cult Epics has an exciting upcoming release schedule with several music-related films, starting with Naked Over the Fence (1973), featuring Sylvia Kristel on blu ray August 23, which will include a bonus CD of the soundtrack by cult composer Ruud Bos with Sylvia Kristel on vocals on the track “Hey, A Letter Came Today,” bundled with the first 1000 blu ray copies (courtesy of Universal Music).

The schedule continues with Just Jaeckin’s The Last Romantic Lover (1978) on October 25. Jaeckin discovered Sylvia Kristel and cast her for the role of Emmanuelle after Naked Over the Fence. The Last Romantic Lover is his personal favorite of the films he directed, and stars Dayle Haddon (Madame Claude) and has a music score by Pierre Bachelet (Emmanuelle). 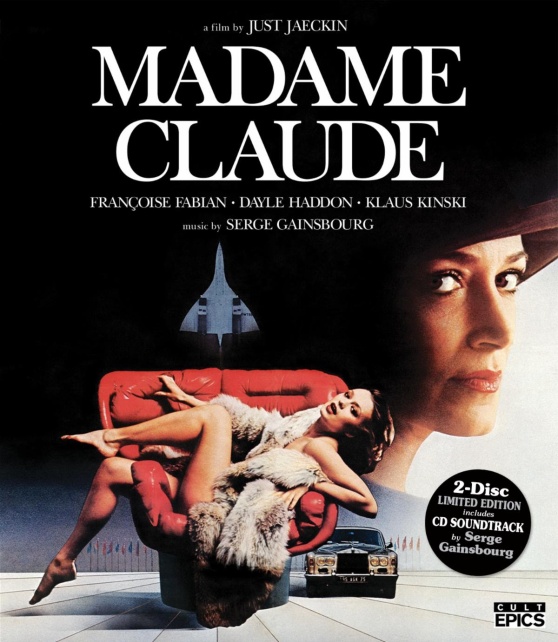 Following that on November 22, with rights courtesy of the Estate of Gainsbourg, Cult Epics will release the soundtrack of Madame Claude by Serge Gainsbourg, featuring Jane Birkin on vocals, and will reissue the blu ray in a limited edition of 1000 copies, bundled with a bonus CD of the long-out-of-print score.
All titles will be available on blu ray and DVD. All new releases have been scanned in 4K and have additional bonus features.