Earlier this week, we discussed My Father’s Brothers, a documentary about the journey that filmmaker Shawn Kelley’s father and seven survivors went through after one life-changing battle in Vietnam. Now, we’ve had the opportunity to discuss the film with him and wanted to share it with you. 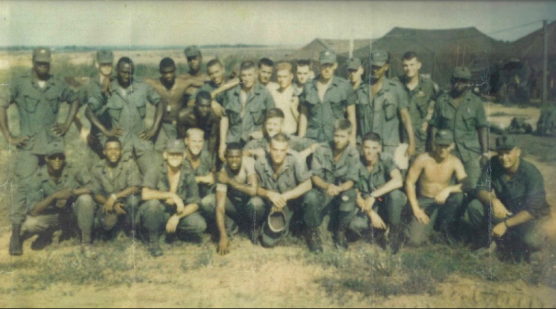 B&S About Movies: I’ve read that this film was based on a car ride with your father. Did you ever expect to make a movie about him?

Shawn Kelley: I never expected to. My dad didn’t really talk about the war when I was growing up. During that car ride, I had a lot of one-on-one time with him, and I found out things about his past that I didn’t know before. So, we kept talking. The more I learned, the more I thought this was a story worth telling.

B&S: War seems like something that the general population forgets, but we’ve been at war literally since you and I have been born. And for the soldiers in the movie, the war keeps going. Did your father keep a lot of this inside before you talked?

Kelley: Combat veterans process their experiences in different ways. I believe my dad wanted to keep his experiences in the war separate from his children. Maybe as a way of “protecting” us. That’s what it felt like in the interview process – while he told me what happened during the battle in 1966, he was holding some things back. The other veterans I interviewed did not. So much so that I was trying my best not to cry while I was talking to them. I am still amazed, and horrified, by what they went through. 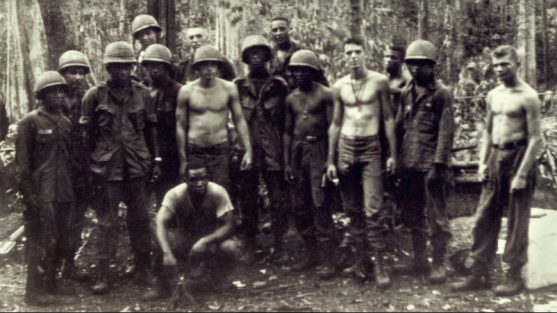 B&S: Did you know any of the men your father served with before the film?

Kelley: I did not! I even went to high school with the son of one of my dad’s platoon leaders, but I didn’t make the connection that his father and mine served together until much later. As for the veterans in the film, I knew a little about them, and I had read statements they had written about the battle as I was prepping for production. But I met them for the first time the night before I started interviewing them. Now, after traveling to reunions and film festivals with them, and getting to know them more, I’m proud to call all of them my friends.

B&S: What movies influence you?

Kelley: That’s tough to answer, because so many films have influenced me in some way even beyond the story. It could be a camera technique, how they handle foreshadowing, or even a small, unexpected moment that you just can’t stop thinking about. A few docs that come to mind are Muscle Shoals, Little Dieter Needs to Fly, and Jiro Dreams of Sushi. For narrative, Pulp Fiction, Shawshank Redemption, and Saving Private Ryan. 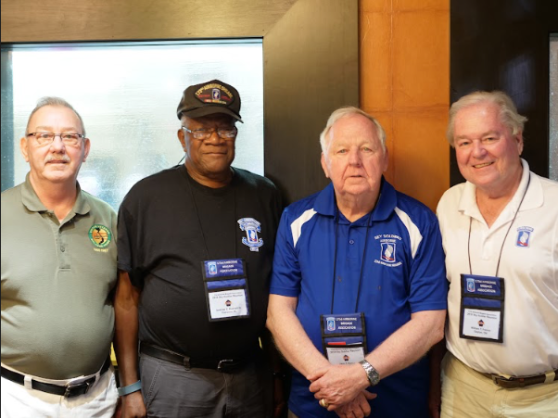 B&S: What are some facts that we should know about vets and trying to understand what they’ve gone through?

Kelley: Unless you’ve worn their boots, you’ll never really understand what they experienced or how they may still be processing it. One of the vets in the film was drafted, trained, and sent to Vietnam. He was only in the army for two years, but because of what he went through, he sleeps upright in a chair, 50 years later. PTSD is a much bigger problem in our veteran community than most people know. Telling a veteran, “Well the war is over, you’ve got to just move on and forget about it,” may be the worst thing you could possibly say. It trivializes what they went through. As a country, we need to support our veterans more – they’ve given so much.

B&S: Any projects coming up?

Kelley: A friend of mine who was in the Marines called me out of the blue one day after he saw My Father’s Brothers at a film festival. He told me he had an idea for my next film. I said, “Great, what’s the idea?” He said, “Something light-hearted.” I laughed, but I am taking his advice. While I have plans to do more docs about veterans, my next film is about a craftsman and his journey to becoming a custom knifemaker.

We really appreciated the time that Shawn spent speaking with us. Make sure to watch My Father’s Brothers by checking out the watch page of the official website, as well as the official Facebook and Instagram pages.